SFMTA To Reduce Fees For Victims Of Stolen, Towed Vehicles 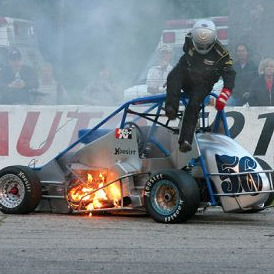 Starting next month, people who have had their cars stolen and then towed in San Francisco will pay lower fees to recover their cars.

The new policy, which starts Dec. 1, will waive most fees for victims and include a longer grace period for them to retrieve their stolen vehicles before storage fees begin to accrue, according to the San Francisco Municipal Transportation Authority.

Under the new policy, San Francisco residents will have all fees waived and be given a 48-hour grace period before the contractor’s storage fees begin to accrue, SFMTA officials said.

Non-residents of San Francisco whose stolen vehicles are recovered in the city will have all fees waived, except the Administrative Tow Fee, which has been reduced by 50 percent. Additionally, non-resident victims will be given a 24-hour grace period before the contractor’s storage fees begin to accrue, according to SFMTA officials.

Under the current policy, San Francisco residents could be charged up to $294 in tow and storage fees if the stolen vehicle has not been recovered within a 4-hour grace period, SFMTA officials said.

Non-residents could be charged as much as $563 under the current policy, if the stolen vehicle has not been recovered within a 4-hour grace period, according to SFMTA officials.

In order to qualify for the waived and reduced fees, a police report must be filed with and verified by the city’s police department before the stolen vehicle is recovered, SFMTA officials said.