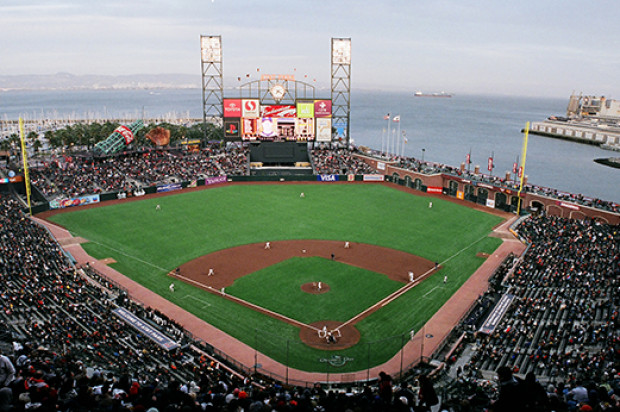 A bill signed by Gov. Jerry Brown today prohibits smokeless tobacco use at California’s five professional baseball stadiums, both for those on the field and fans in the stands.

Assemblyman Tony Thurmond, D-Richmond, introduced the legislation, Assembly Bill 768, in February. Its signing today builds on a movement to curtail the use of smokeless tobacco products in Major League Baseball, according to Thurmond’s office.

Back in May, San Francisco Mayor Ed Lee signed into law an ordinance that made the home of the San Francisco Giants, AT&T Park, the first stadium in the nation to outlaw these products.

According to Thurmond’s office, the bill signed today is aimed at reducing smokeless tobacco use among youth.

“(The bill) is all about the kids,” Thurmond said. “Specifically, what professional baseball players do in view of kids when they are out on the field.”

Thurmond said allowing athletes to use smokeless tobacco “sets a terrible example for the millions of young people who watch the game.”

Various academic institutions and agencies have confirmed through research that there is a role model effect tied to the use of smokeless tobacco in baseball, according to Thurmond’s office.

According to the Centers for Disease Control and Prevention, each year more than 500,000 teens between the ages of 12 and 17 try smokeless tobacco products for the first time.

Nearly 15 percent of high school boys reported using the products in 2013, according to the agency.

And roughly a third of all MLB players use these products, according to a MLB survey.

When Thurmond’s legislation was announced, MLB officials released a statement supporting the ban of smokeless tobacco at the major league level.

Both the minor leagues and the National Collegiate Athletic Association already banned its use, since 1993 and 1994, respectively.

Under the MLB’s current smokeless tobacco policy – negotiated with the player’s union – players, managers or coaches cannot use these products during interviews. The products also have to be concealed whenever fans are in the ballpark.