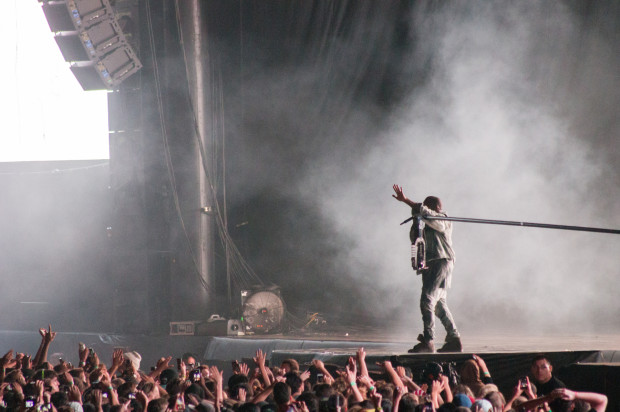 The fundraiser, according to the committee’s website, will support the Democratic Hope Fund, a joint fundraising committee authorized by Obama for America and the Democratic National Committee.

The concert comes six years after Obama called Kanye West, the American rapper and songwriter, “a jackass” during a 2009 pre-recording of a television interview.

Obama made the remark while commenting on Kanye West’s interruption of Taylor Swift as she made her acceptance speech after winning the award for best female music video. Kanye West interrupted her to say that his wife, Beyonce, who didn’t win the award, had one of the best music videos of all time.

Tickets prices for the San Francisco concert, which will take place during the daytime on Saturday, Oct. 10, start at $250 and go as high as $10,000, according to the Democratic National Committee.

The public invitation to the event states: “Our Party, led by President Obama, is focused on building an economy that lasts — an economy that lifts up all Americans. That’s why Democrats in all 50 states are working in neighborhoods and communities to advance issues like job creation, education, health care, and clean energy.”

By purchasing a ticket to the event, attendees are considered “contributors” to the non-tax deductible Democratic Hope Fund.

Unlike Kanye West’s other concerts, federal law requires the committee to use their best efforts to collect and report the contributor’s name, mail address, occupation, and the name of their employer since the donation exceeds $200 in an election cycle.

Additionally, by donating to the Democratic Hope Fund, the contributor affirms that they are a U.S. citizen or permanent resident alien and that the contribution is not made from the general treasury funds of a corporation, a labor organization or a national bank.

Additionally, purchasers of the concert ticket affirm that they are not under the age of 16 or using funds provided to them by another person or entity for the purpose of making the contribution.

Tickets for the event can be purchased online at: https://finance.democrats.org/page/contribute/Oct10ReceptionSF.

The concert is for all ages and an exact showtime has not yet been announced.