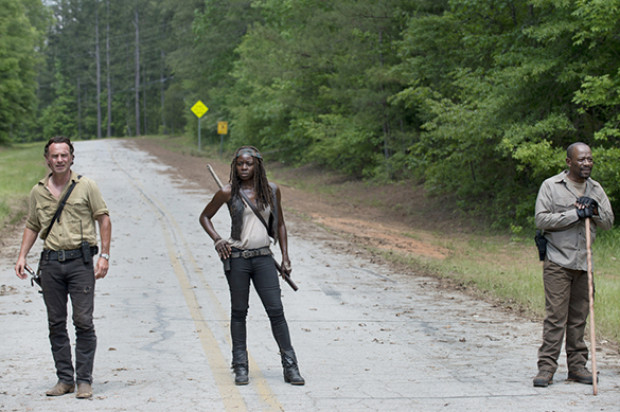 Monday, October 5
Halloween Baking Championships (9pm, Food Network)
Halloween is really just Nightmare Before Christmas hoodie season for disaffected high school kids, and the first sign of bemoaning Christmas decorations in Wal-Mart and posting about it on social media. But it also means baked goods (at least to Food Network). And you can’t say baked goods at Food Network without saying competition after it.

Tuesday, October 6
The Flash (8pm, CW, season premiere)
The first season of The Flash felt like a television mainline of what it was like to be a kid reading comic books again. And goddamn if that wasn’t a nice counterpoint to the super-serious superhero interpretations as of late. The freshman season wasn’t without some bumps though, but if a show could sell a psychic gorilla, it sure was The Flash.

Wednesday, October 7
Casual (Hulu, series premiere)
Jason Reitman’s foray into television has Michaela Watkins has a recently divorced woman and her teenage daughter moving in with her bachelor brother, and it’s a painfully honest look at dating in this day and age.

Arrow (8pm, CW, season premiere)
Arrow’s last season was bumpy, but finally had the Felicity, Oliver ships set a sailing. This and Arrow will probably just be side dishes to the upcoming midseason Legends of Tomorrow.

Thursday, October 8
Supermansion (Crackle, series premiere)
Bryan Cranston lends his voice to this stop-motion animated (think Robot Chicken) series about an over-the-hill superhero and his super friends who all live in the same mansion and try to stay relevant. Seth Green and Keegan Michael Key also are in it.

Billy on the Street (10:30pm, TruTV, season premiere)
God bless you, Billy Eichner, never stop running those streets, verbally plowing down on some marks for not knowing about Olivia Pope.

Friday, October 9
Red Oaks (Amazon, complete first season)
Red Oaks is completely sincere look at being a teenager in the 80’s. Also, worth noting, the pilot was directed by David Gordon Green.

The Last Kingdom (10pm, BBC America, series premiere)
This historical epic, based on the “The Saxton Stories’ series of books, is a big-budget telling birth of England as we know it.

Sunday, October 11
The Walking Dead (9pm, AMC, season premiere)
Lennie James’ Morgan shows up last season, and is leading up to an inevitable moral showdown between him and hardened survivor Rick Grimes. The first half of the last season showed actual improvement and plot movement before settling into a very familiar, very grim, and staid pattern. All I really got going is casting rumors of a most fearsome villain from the comics making his way to the TV show real soon, beyond that, I don’t think I got much left in the tank.