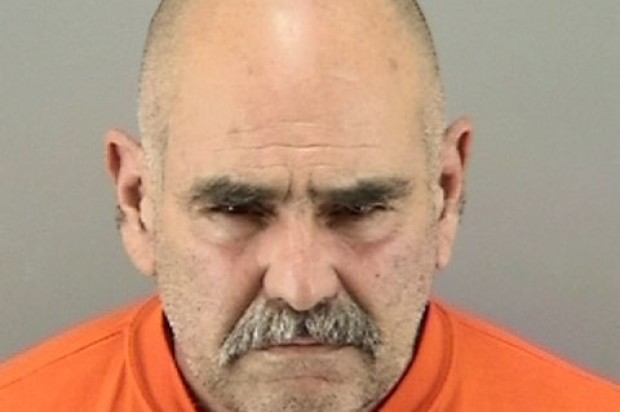 A San Francisco man has been arrested in connection with racially hateful graffiti that was found in the city’s Portola Neighborhood and Bayview District on Sunday, police said today.

“This is a very diverse city and we will not tolerate this type of crime in this city,” Gatpandan said.

Schenone is alleged to have spray painted “No more Chinese” in bright orange letters at six locations, including Palega Park; a vacant grocery store at Somerset Street and Silver Avenue; a fence at a vacant lot at University Street and Bacon Street; the 100 block of Brussels Street on a house under construction and on a house for sale, and the 1300 block of Silver Avenue on an office building.

The two Brussels Street incidents are being charged as one because they were right next to each other, Gatpandan said.

Investigators with the hate crime unit were able to quickly generate a suspect and vehicle description, and Schenone was spotted by officers and arrested in the 1200 block of Bayshore Boulevard on Tuesday.

He remains in custody and the case will be presented to the District Attorney’s Office for a decision on charging tomorrow, Gatpandan said. Police are looking for possible links to other hate crime incidents but so far have not found any.

“Disrespect for our fellow residents and visitors, especially based on ethnicity, is not and will not be tolerated in San Francisco,” Christensen said. “I appreciate the police and other city staff recognizing the seriousness of this issue.”