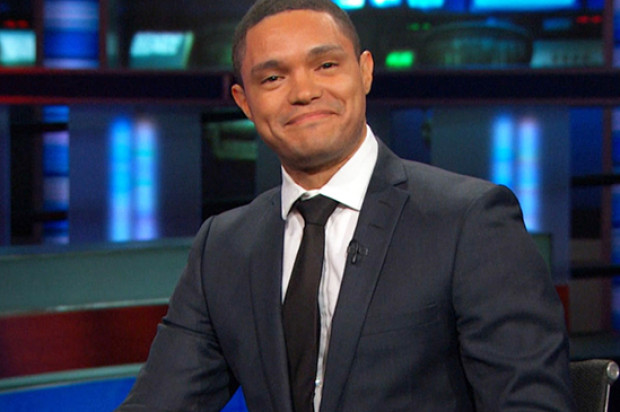 Monday, September 28
San Francisco 2.0 (9pm, HBO)
Alexandra Pelosi (Nancy Pelosi’s daughter) helms this documentary about the terraforming San Francisco is experiencing, turning it from flowers in one’s hair and Full House into a dystopia worthy of fans of Shadowrun, Blade Runner, or any cyberpunk novel alienated high school kids read in the back of social studies.

I’ll Have What Phil’s Having (10pm, PBS, series premiere)
Guys! The creator of Everybody Loves Raymond (not Ray Romano) get his own food travel show on PBS! Seeing that it’s PBS, expect it to be an artisinalDiners, Drive-Ins, and Dives replete with puns worthy of the National Lampoon in the 70’s.

The Daily Show With Trevor Noah (11pm, Comedy Central, series premiere)
Much like a new Doctor re-generation or when a straight white man takes over another straight white man’s late night talk show job, The Daiy Show With Trevor Noah will be its own thing, independent of what came before and one night (hell, maybe even one year) won’t be able to justify any think pieces if Noah as a host is successful or a failure. On that note, Kevin Hart is his first guest.

Tuesday, September 29
Grandfathered (8pm, FOX, series premiere)
The Grinder (8:30pm, FOX, series premiere)
FOX’s Tuesday night line-up block of comedy premieres features Grandfathered, wherein John Stamos as a successful restauranteur who finds out he’s a grandfather (oh no!) and The Grinder, which isn’t about gay dating apps or what they call submarine sandwiches but of an actor (Rob Lowe) who played a lawyer on TV goes back to his hometown to practice law for real. Fred Savage also stars, stepping out from behind the camera.

Marvel’s Agents of SHIELD (9pm ABC, season premiere)
Full on-super powers, and since Marvel doesn’t own the rights to mutant, it’s Inhuman. Which kind of defeats the purpose of the original purpose of the show to begin with (I signed up for underpowered humans doing spy things, dude). We’ll see how this season pans out for further MCU ramifications, but honestly, we’re just killing time until Netflix’s Jessica Jones debuts and season two of Daredevil in 2016, right?

Wednesday, September 30
Criminal Minds (9pm, CBS, season premiere)
Chicago PD (10pm, NBC, season premiere)
Dad-TV comes back on CBS/NBC with shows about murder police and the upkeep of the rule of law for our entertainment.

Code Black (10pm, CBS, series premiere)
What happens when codes stop being polite, and start getting black. Wait, that didn’t come out right. Code Black is an ER hospital drama, and that’s all you really need to know.

The Blacklist (9pm, NBC, season premiere)
James Spader takes a garbage disposal to the scenery, and NBC is rewarded with ratings (from your parents) and a blueprint on how to replicate this success (hello Blindspot, hello The Player).

Sleepy Hollow (9pm, FOX, season premiere)
Banished from FOX’s Hall-H bait Monday night line-up to Thursday night, I’ve been told that the season three premiere is a re-piloting of sorts, but got damn, if I wasn’t burned from how uneven last season was, especially after the first season stuffed it in all of our faces and turned out to be propulsive, diverse, and a little batshit crazy and still have us enamored.

Friday, October 2
Dr. Ken (8:30pm, ABC, series premiere)
When Ken Jeong (Community, your racist friends impersonations from The Hangover) gets a single-camera sitcom that also stars one of the best parts from one-and-done ABC sitcom Trophy Wife (Albert Tsai) that doesn’t seem to test well, is diversity in TV over? Of course it’s not you, clod. Pilots are weird, and great pieces are apart of this show, and I hope it does well.

Love at First Swipe (9pm, TLC, series premiere)
Sex in Public (10pm, TLC, series premiere)
All I’m hoping is that the “Sex in Public” tag will increase visits to SF Appeal, so what if they are people looking to have sex in public, I’m merely playing the game. So is TLC, I’m guessing in titles that probably give away what the shows are about, leaving nothing to the imagination.

The Jacksons: The Next Generation (10pm, Lifetime, series premiere)
Speaking of leaving nothing to the imagination, here’s a show about the offspring from the famed Jackson 5, and if you didn’t have the Star Trek Next Gen theme play in your head when you read this, you are a liar.

CSI: Cyber (10pm, CBS, season premiere)
After Madam Secretary and The Good Wife, CSI: Cyber is the brownie that came with every Kids Cuisine frozen meal. The computer tech fever dream of a television show returns, fulfilling the technological promises that was shown to us in the seminal documentary Hackers, twenty years ago. CSI: Cyber is confirmation bias for your parents, skittish of the internet that everybody else on the internet is a pedophile that wants to kidnap your baby to sell on some dark net auction.

Homeland (9pm, Showtime, season premiere)
The Affair (10pm, Showtime, season premiere)
Showtime’s former crown jewel reports for duty again, hoping to capture the spark it originally had in its freshman season, and not just a bunch of baffling plot points and Claire Daines ugly crying. In addition that that, the out-of-order whofuckedit show, The Affair returns (aka hot British people in American accents who have sex). Also Pacey from Dawson’s Creek (or Peter Bishop from Fringe).

The Leftovers (9pm, HBO, season premiere)
The molasses, sadness parade that was season one of The Leftovers reboots its action from New York to small-town Texas. In the show’s mythology, fictional (what’s up Dillion, TX) Jarden, TX was the only place where nobody disappeared from the show. Things still go pear-shaped though, the question is they’ll be worth watching.