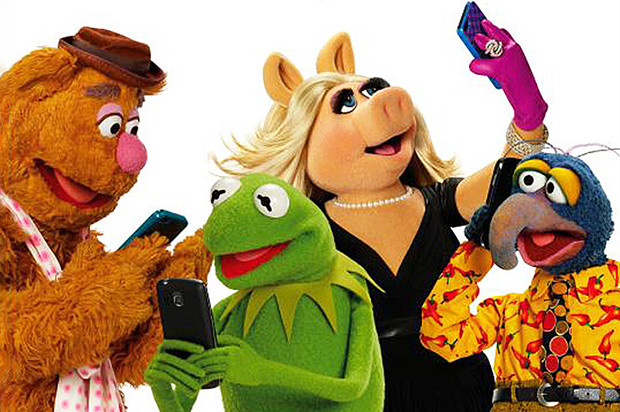 Run for your fucking lives, it’s the 2015 Fall TV season!

Monday, September 21
New Series Premieres
Life in Pieces (8:30pm, CBS
Life in Pieces is being billed as a single-camera comedy about a brood’s own life, as told in pieces (dammit). I was taken aback because I kept waiting for the “drama” part to creep in a la NBC’s Parenthood. Families can’t be funny! They can be modern and be in a mockumentary style but maybe that’s my own hang-ups with families talking.

Minority Report (9pm, FOX)
I’m no pre-cog but I’m guessing this ill-advised adaptation of the Tom Cruise movie (which in turn was an adaptation of the Philip K. Dick book) will be among one of the first casualties of the great TV die-off of the 2015 television season. It appears to have missed the point of what made the movie and book so engrossing and instead takes a male (not canon, dog) pre-cog into the outside world, solving crimes with his partner. It wouldn’t surprise me if they just re-used a majority of the sets and props made from the one and done Almost Human from 2013.

Blindspot (10pm, NBC)
NBC’s programming strategy this year seems to be trying to reverse engineer the success they’ve gotten from The Blacklist. Which is a person of note thrust into action-y procedural case of the week predicaments with some overarching mythos. Exhibit A — Blindspot — where Jaimie Alexander is an amnesic (and apparently the female Jason Bornue because NBC won’t shut up about that) with tattoos that contains keys to some greater puzzle. It literally writes itself.

Tuesday, September 22
New Series Premieres
The Muppets (8pm, ABC series premiere)
Let’s bring The Muppets back to prime-time TV with a modern sitcom with the full weight of Peak TV™ nostalgia, zeitgeist, and the resources of the ABC / Disney Goliath behind them. And let’s make it more cynical to reflect the times we’re living in (and fulfill the promise of every fucking “dark and edgy” reboot joke made since 2015.) And let’s talk about Kermit the Frog and Miss Piggy breaking up for weeks on end prior to it.

Scream Queens (8pm, FOX, series premiere)
Ryan Murphy is like Chuck Lorre for people who think they are more interesting than they really are. Anyway, Scream Queens is an unabashedly campy slasher murder mystery with Jamie Lee Curtis, Emma Roberts, Lea Michele, and Ariana Grande. Knowing the lifespan of most Ryan Murphy shows, it will be coherent and competent for a finite amount of time before diving over a cliff with each successive episode just a further decent into crazy-go-nuts before exploding into itself.

Limitless (10pm, CBS, series premiere)
The movie you’d probably watch over somebody’s shoulder without sound on an airplane is coming to TV. Doubling down on its film-to-TV premise, Bradley Cooper (from the movie) makes an appearance in the pilot for this procedural case-of-the-week show for your parents.

The Bazillion Dollars Club (10pm, SyFy)
The Bazillion Dollars Club focuses on the 500Startups accelerator program and tracks six San Francisco start-ups over the course of four months as they prepare to pitch. It’s about the product and less about standard reality show drama, and while (like I said in the past) tech becomes easy fodder for television, living in the Bay Area, it’s hard not to be inundated with this shit all the fucking time (just stick your head in any coffee shop around here). But it’s a way for people to see how the sausage is made outside of this fucking bubble.

Wednesday, September 23
New Series Premieres
Rosewood (8pm, FOX)
For a show about a private pathologist (disease person) portrayed by Morris Chestnut that consults with law enforcement, Rosewood feels like a baffling name (unless they were trying to go the House route?) From the precious few seconds I’ve seen, this show looks like it was made on a dare to see if they can do a USA-style show on FOX, just because.

Thursday, September 24
New Series Premieres
Heroes Reborn (8pm, NBC)
I suppose technically Heroes Reborn is a continuation of the original show that aired from 2006 – 2010. This is one of those “event series,” which is a pretentious way of saying mini-series, introducing new layers to the superhero drama.

The Player (10pm, NBC)
Exhibit B in NBC’s 2015 programming strategy hinges on enough people giving a shit that Wesley Snipes is coming back to work (off his tax evasion debt) and chew up the scenery. The Player thrusts Alex Kane (Philip Winchester) as a former military operative turned security expert into a pawn position for Wesley Snipes, trying to stop crimes before they happen as the world’s wealthiest take bets on whether Kane succeeds or fails. The kind of people who have the money to bet on this are probably the kind of people who can only climax after crashing cars or by evicting tenants from low-income housing to make way for condos.

Friday, September 25
New Series Premieres
Step It Up (10pm, Lifetime)
What makes this reality show about another dance studio owner/operator and the kids pressured to dance well in them is that it’s connected to Lifetime’s Bring It about a dance studio owner/operator and the kids pressure to dance well in them. It’s as if Lifetime is trying to construct its own Marvel Cinematic Universe, but for dancing.

Saturday, September 26
New Series Premieres
Marvel’s Guardians of the Galaxy (9:30pm, Disney XD)
A cartoon adaptation of last year’s surprise hit for kids in kids’ bodies and kids in the bodies of grown-ups because they don’t have any real sense of self.

Indian Summers (9pm, PBS)
Miniseries about the decline and sunset of the British Empire in India. I know it’s probably not for me to understand, but what the fuck is up with this whole romanticism of the decline of empire bullshit? Is this what it’s like to run into someone who likes wrestling and you don’t get it? Sorry not sorry for losing your white supremacist, colonial patriarchal racist bullshit.