Weekend Watch: We Are Your Friends, No Escape, War Room 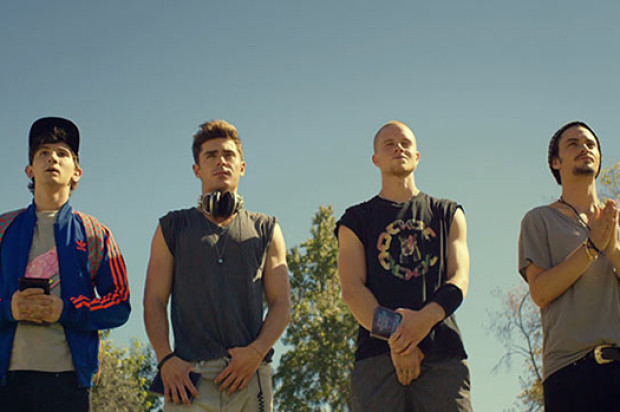 No Escape
Released on Wednesday, Owen Wilson moves his family (wife played by Lake Bell) to Southeast Asia only to land in the middle of a violent coup where foreigners are being violently executed! Oh, the brutality; the backwards primitive nature of these Southeast Asians! It’s what happens when Black Hawk Down takes place in Southeast Asia, and the brotherhood the military is replaced with is throwing your daughter from one rooftop to another. Pierce Brosnan is also in it. This looks like the worst episode of Anthony Bourdain’s Parts Unknown that would never see the light of day but would get nominated for an Emmy.

We Are Your Friends
Shirtless Zac Efron hitting buttons going bleep-bleep-boop-boop on a laptop and it’s a catalyst and metaphor for “I guess this is growing up.” Oh you kids and your EDM and fist-pumping. Make sure your molly doesn’t wear off before watching.

War Room
From the creators of Christian Hollywood bait Fireproof and Courageous comes a story about equating prayer as the wartime arsenal to deal with the secular horrors of the everyday world. And jeez, can we stop contextualizing life as this battle? I know life can get rough, but enough about comparing life to a fight or a war or about getting knocked down seven times and getting up eight. The only war metaphor acceptable is that love is a battlefield (because it’s fucking true). Gentlemen, you can’t fight in here! This is the War Room.