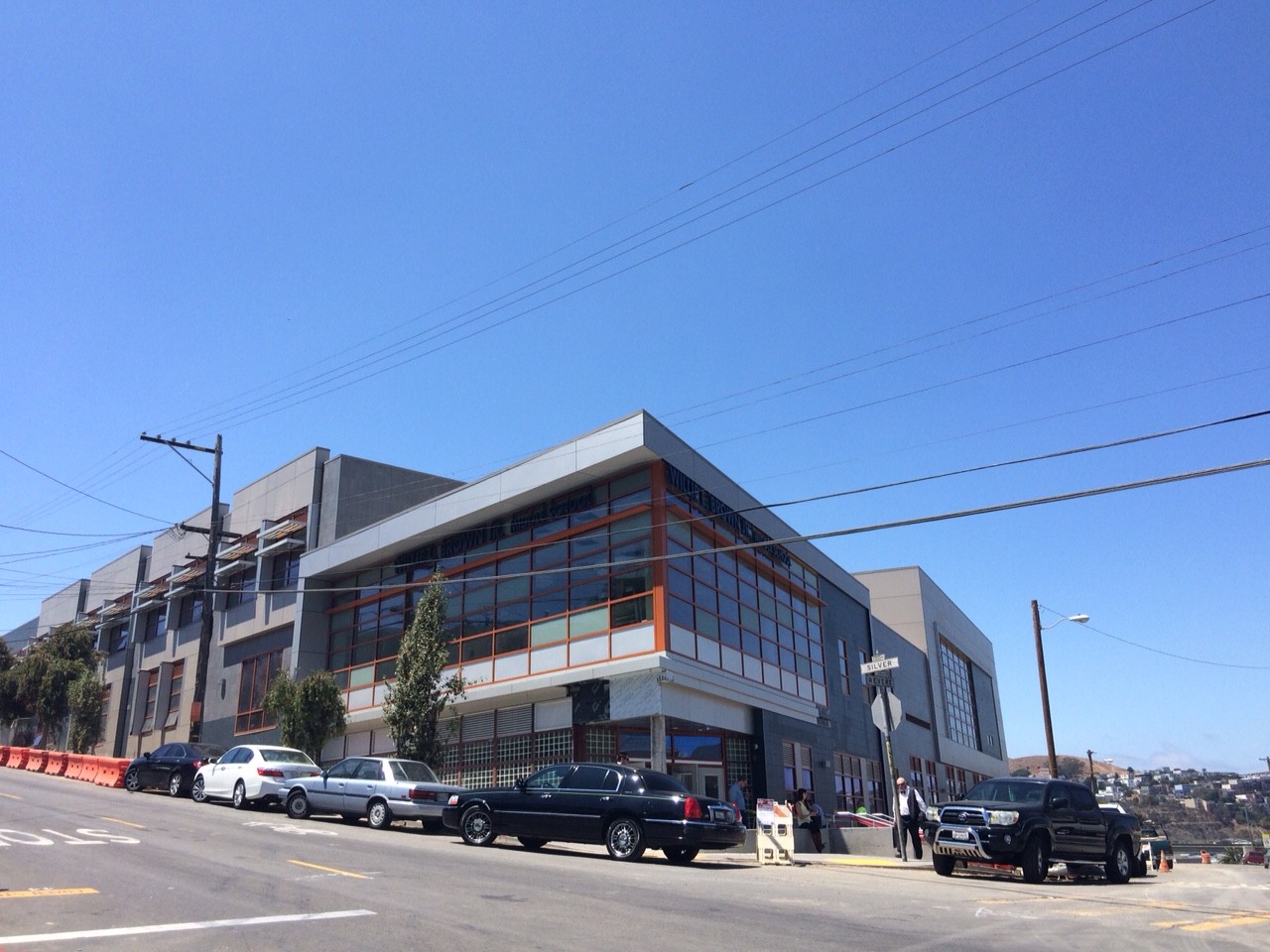 The middle school, which is the first San Francisco Unified School District campus constructed in the last decade, will eventually also accommodate 650 students spanning sixth, seventh and eighth grade, senior project manager for the school district Alberto Vasquez said during a tour of the school today.

Designed to be one of the greenest school facilities in the city, Willie L. Brown Jr. Middle School features a storm water management system, cistern, rainwater garden and a solar panel roof.

The school, which is roughly 86,000 square feet, also has integrated health and community centers.

Vasquez said that for the first time the district decided to do a design-build process in which the design and construction services are contracted by a single entity, in contrast to the traditional design-bid-build process.

He said using the design-build process, carried out by architecture and planning firm WRNS Studio, allowed the campus to open a full school year early.

Named after former San Francisco mayor and state assemblymember Willie L. Brown Jr., the school aims to lift up the neighborhood and provide motivated public school students with an education comparable to that which they would receive at a private school, Balk said.

She said in order to make Willie L. Brown Jr. Middle School a premier STEM-focused school, the district has been engaged in talks with experts around the world to better understand and codify what elements are needed to create such an environment.

The district has bought 220 Google Chromebooks and 40 Apple iPads but is looking for donors to help meet the future technology needs of students at the school, Balk said.

The classrooms and science labs in the new building have bamboo cabinets, recycled-glass countertops and furniture outfitted with wheels to allow students to split into groups and collaborate with ease.

The exterior is comprised of glass bricks with ballistic qualities, glazed tiles and Trespa materials that are designed to be impervious to weather and from which graffiti or other contamination can be easily removed.

Sixth graders enrolled in the new Willie L. Brown Jr. Middle School will attend orientation beginning on Monday before starting their first full day of classes, along with all other students in the school district, on August 17.