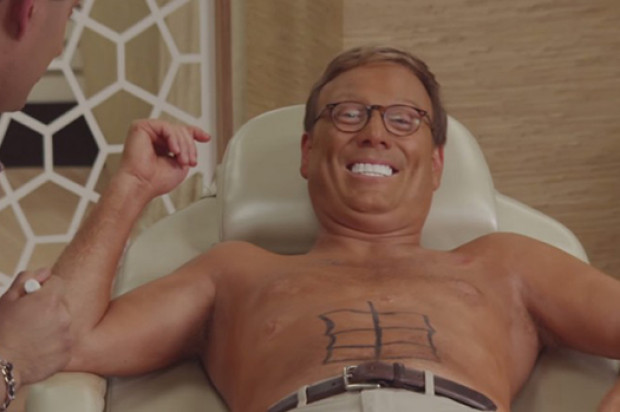 Monday, July 27
We Bare Bears (6:30pm, Cartoon Network, series premiere)
We Bare Bears is based on the webcomic of the same name by Berkeley local Daniel Chong, former storyboard artist for Pixar. A grizzly bear, a giant panda and a polar bear trying to live among humans in San Francisco. And hell, at this point, I’d be all up for more (literal) bears in the Bay Area than more marks with computer science degrees taking our wifi and power outlets. It worked for Detroit (I think?). Featuring the voices of Eric Edelstein, Jason Lee. Demetri Martin, Bobby Moynihan, Patton Oswalt, and Charlyne Yi.

Wednesday, July 29
America’s Best Dance Crew (11pm, MTV, season premiere)
I don’t care if this all-star season return of America’s Best Dance Crew is only a six-episode flameout in name that only serves to act as a fluffer job to this year’s Video Music Awards! I mean, producer Randy Jackson is no longer affiliated with the show, Australian host Jason Dundas replaces Mario Lopez, and the entire judging panel has been replaced by T-Pain, Teyana Taylor, and Frankie Grande. I am still fully torqued for this, and it will only serve to further make me believe that, with enough practice, I can dance (and not just flail around in the FiDi to Andrew W.K.).

Thursday, July 30
Review with Forrest MacNeil (10pm, Comedy Central, season premiere)
The first season of Review was an absolute, total revelation. It lulled you with a funny enough conceit of a man reviewing life experiences, but bared its teeth and became a pitch black sitcom about the disintegration of a man’s life before our eyes. Like Breaking Bad, but only funny with Andy Daly as beleaguered critic Forest McNeil at the center of the swirling vortex.

*seriously, just check the IMDB or Wikipedia page for the cast listing, because I’m not fitting ALL OF THEM here.

Cold Justice: Sex Crimes (9pm, TNT, series premiere)
Seeing that TNT is just Library of Alexandria of Law and Order reruns, it does make sense its own Dick Wolf-produced reality show about cold crime-solving gets a special victims spin-off. Or seeing that this is cable, we can go full sex crimes. Featuring former Texas prosecutors Casey Garrett and Alicia O’Neill wandering from small town to small town (not unlike the Incredible Hulk) but for (sex crimed) cold cases.

Saturday, August 1
The Perfect Girlfriend (8pm, Lifetime)
You know that feeling when your boyfriend moves 3,000 miles to take a new job and his new boss tries to Single White Female you from across the country? Yeah, they made a movie about your life.

Sunday, August 2
Bachelor in Paradise (8pm, ABC, season premiere)
With the Bachelorette ending this week, there’s nothing we can do but send the Bachelor to Paradise (which isn’t a euphemism for murder, that would be sending them to Belize.)