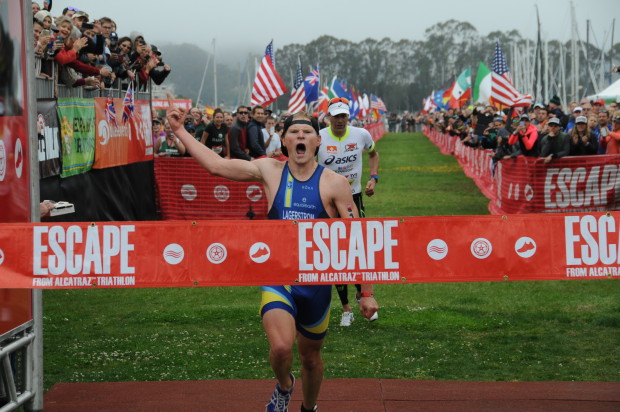 Both athletes made their first appearance in the race this year, which involved a 1.5-mile swim from Alcatraz Island in 60-degree water and an 18-mile bike ride and eight-mile run through San Francisco.

Lagerstrom finished in 2 hours, 2 minutes and 6 seconds, while Gentle finished with a time of 2:13:43.

“I have been racing since I was 12-years-old and this race has always been a bucket list race for me,” Lagerstrom said in a statement.