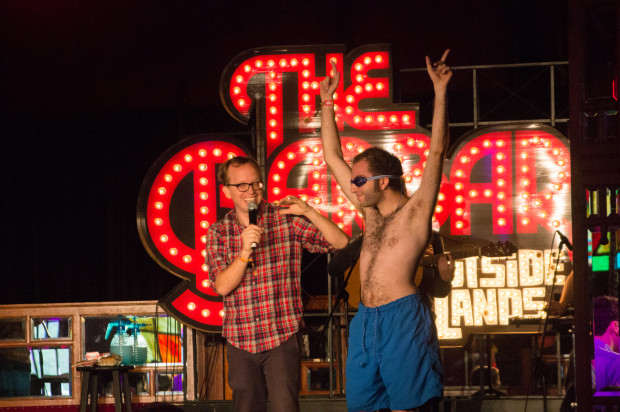 Last year’s Outside Lands comedy tent at the Barbary was a sanctuary for vaguely introvert baiting, borderline shut-in types trying to find refuge away from the fields of flower crowns and guys who thought that wearing a tank top to Golden Gate Park was a good idea.

OK, maybe I’m projecting a wee bit too much, but seriously, the comedy tent was a nice way to break up the day.