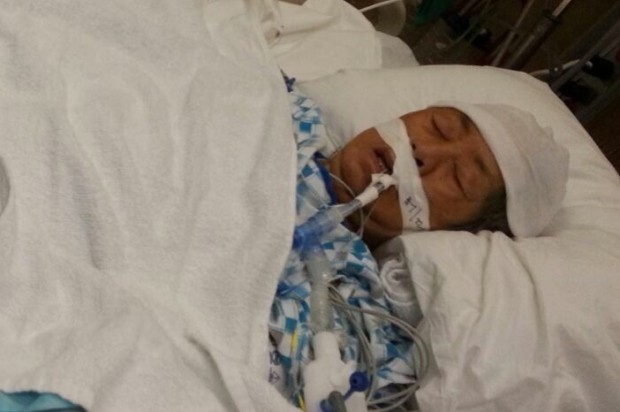 San Francisco police investigators are urging the public to help them identify a suspect who struck a 77-year-old woman in the head multiple times causing life-threatening injuries as she exited a San Francisco Municipal Railway bus in the city’s Chinatown neighborhood earlier this month.

Based on the police investigation, it appears the victim was exiting a Muni bus on the afternoon of May 10 when the suspect assaulted her.

The suspect, who is described only as a black female, struck the victim at least twice on her head, causing the victim to fall to the ground, according to police.

The motive for the assault remains under investigation.

After the victim was assaulted, police said they believe at least one Good Samaritan assisted her by moving her away from the side of the Muni bus and into a seated position on the sidewalk.

However, the Good Samaritan, who is believed to be a white male, did not remain at the scene and has not yet been interviewed by police investigators.

Investigators are still trying to determine which bus the woman was exiting and at what time on May 10.

So far, investigators believe the incident occurred between 12 p.m. and 2:30 p.m. in the Chinatown area, possibly on Stockton Street.

Police have not said which bus the victim was traveling on, but said she is a frequent rider of the 2-Clement, 3-Jackson, 30-Stockton and the 45-Union/Stockton buses.

The victim, who is Asian, often travels between the Japantown and the Chinatown neighborhoods, according to police.

Investigators have released photographs of the victim in hopes that anyone who recalls seeing her or has information on this case reaches out to police.

Anyone who witnessed the incident or has information about the suspect or the Good Samaritan, should also contact investigators and may do so via an email to San Francisco police Sgt. Trevor Kelly at Trevor.Kelly@sfgov.org, or via the Anonymous Tip Line at (415) 575-4444 or Text-A-Tip to TIP411 and include “SFPD” at the beginning of the message.