Wrestlemania 31 Saturday: Axxess, Ringside with JR, and the 2015 Hall of Fame

Walking into Axxess, WWE’s flagship fan experience at the San Jose Convention Center, feels like simultaneously being shot out of a birthing canal and walking into Valhalla’s foyer. And it works. Flanked by larger-than-life banners of the current main event roster, strobing lights, and an endless loop melody of Superstar entrance theme songs, your body can’t help but react. It all feels meticulously researched into how the human body processes information and stimuli, a chair shot of sight and sound. And good God almighty it works, though I couldn’t shake off that feeling that something like this could be used for more nefarious purposes in enhanced interrogation type situations.

Buying a ticket to Axxess is broken into four hour chunks at a time, which only supports my theory that Axxess is built around the fan interaction between WWE Superstar and fans. Which isn’t a knock at all. It’s just that, coming into Axxess, under the banners of par-per-views past hanging on the ceilings, it’s largely a static affair. Aside from NXT ring on the other side of the convention center where there were exhibition matches by the NXT roster, and the de facto main event stage where people would come out and conduct impromptu fan Q&As, people were all largely standing in snaking lines at various (Universal) branded autograph booths with their favorite wrestling person of note. Also in appearance was a full sized Elimination Chamber, memorabilia from Wrestlemanias past, and cardboard cutouts of Superstars past and present (all just a couple of feet taller than anyone to maintain the larger than life feel, of course).

Speaking of Universal, plenty of sweetheart booking between WWE and Universal with a Sharknado 3 (coming July 2015!) photobooth, SyFy (network that airs Smackdown, an E! booth, presence from the USA network (home of Monday Night RAW). If anything, WWE Axxess is your chance to see the most people per capita walking around with championship belts on their person (and occasionally asking someone else to help them fasten their belt to their waist).

Positioned next to Axxess was a giant a physical pop-up version of the WWE online store. It was open to the public, didn’t require it’s own admission ticket, and some superstars made appearances for signing opportunities. It was a bewildering array of branded merchandise. Is this what we all look like when we shop the WWE online store? Is this what happens when we browse a John Cena Never Give Up rally towel or WWE branded pint glass? A quick note, but by far this is the most Kevin Owens faux duct-tape KO shirt (which actual duct tape feeling texture) I’ve seen concentrated in a single place. 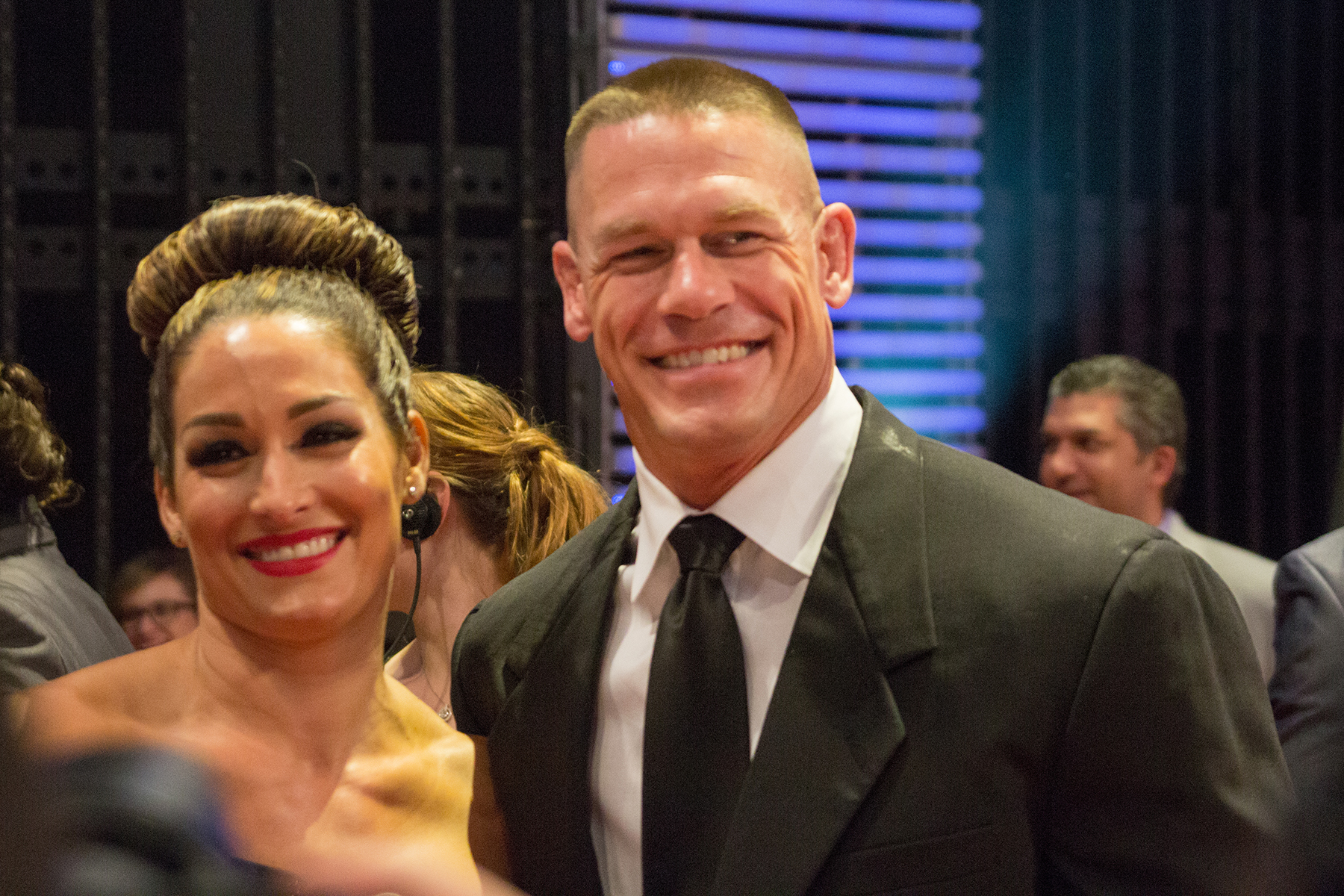 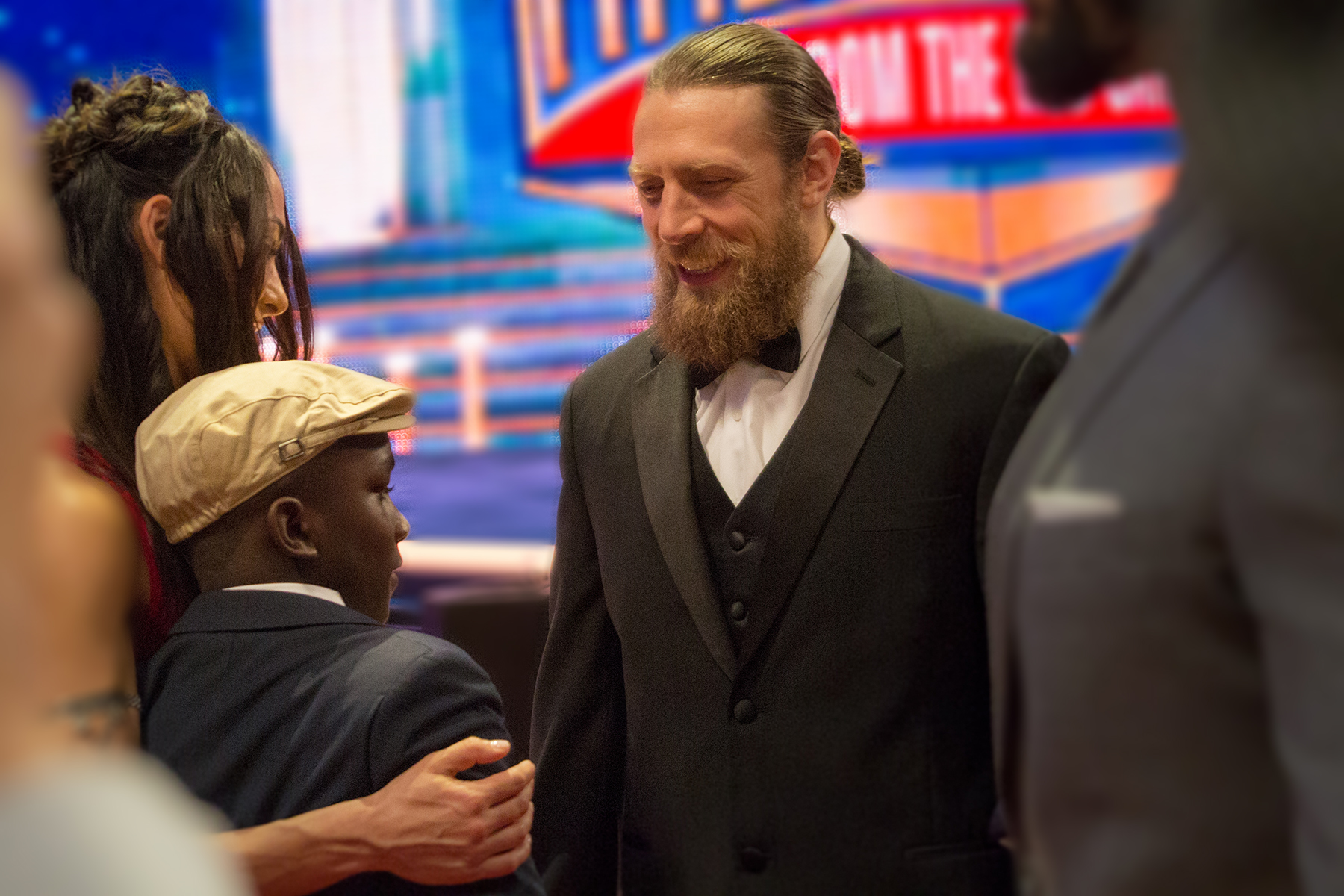 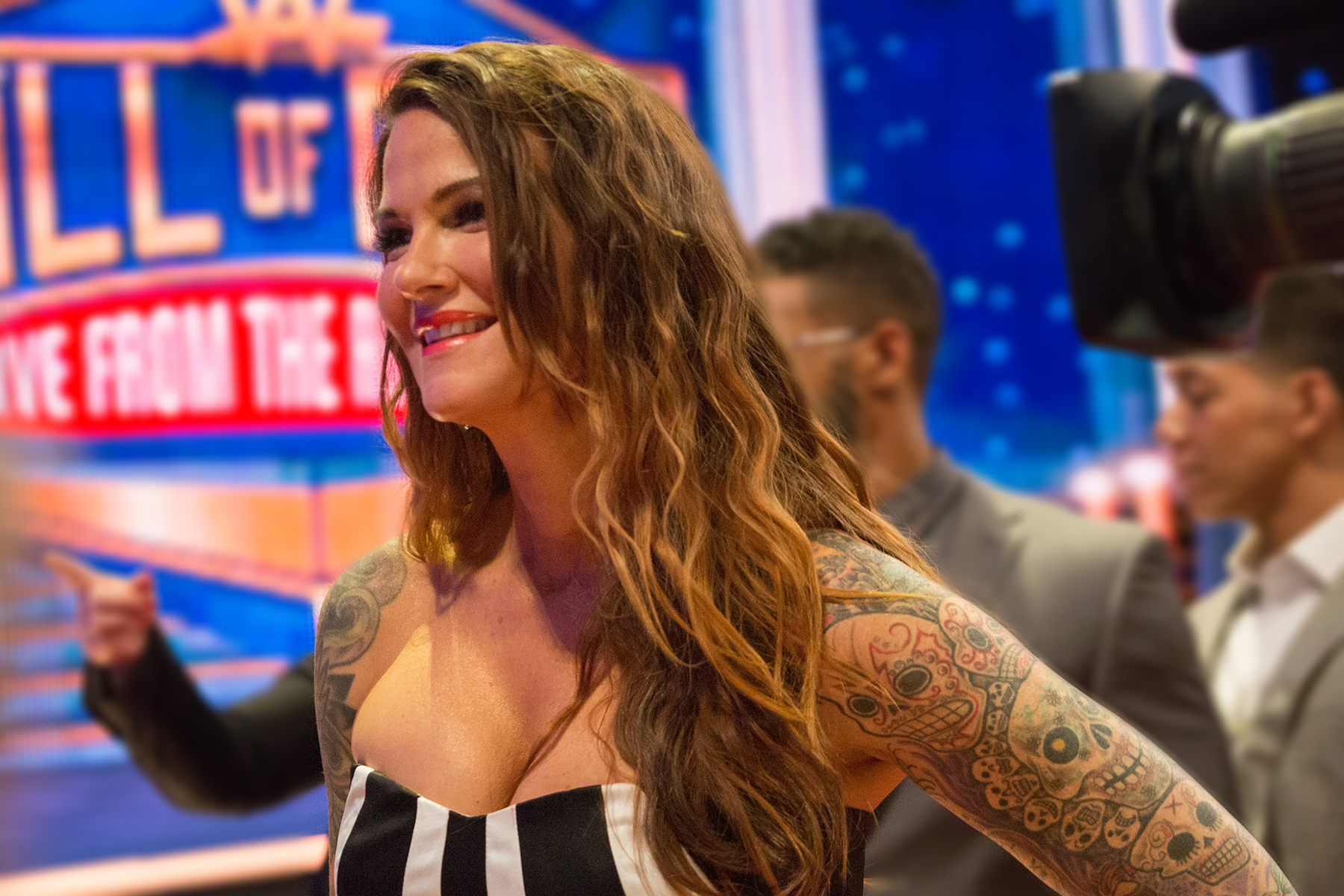 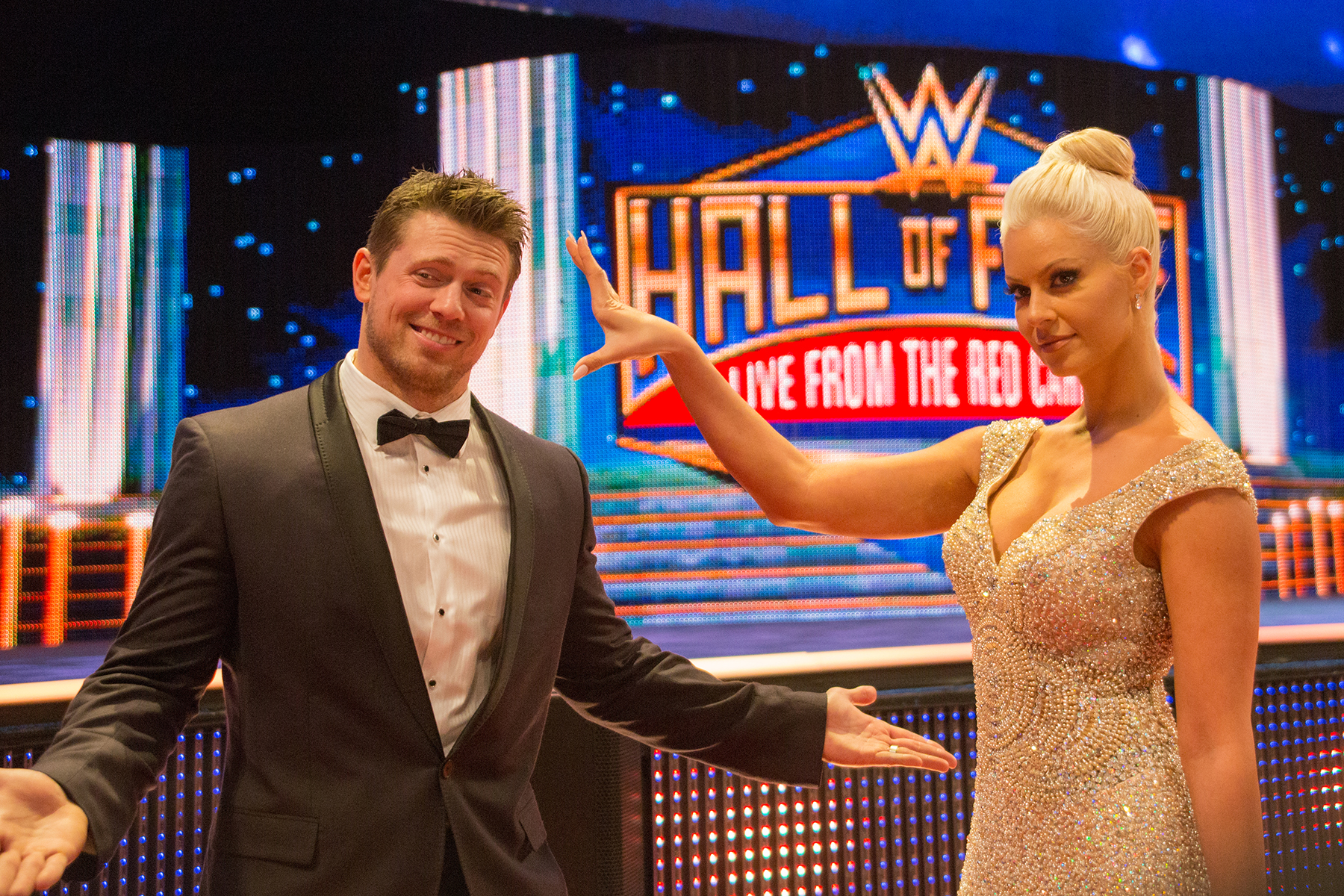 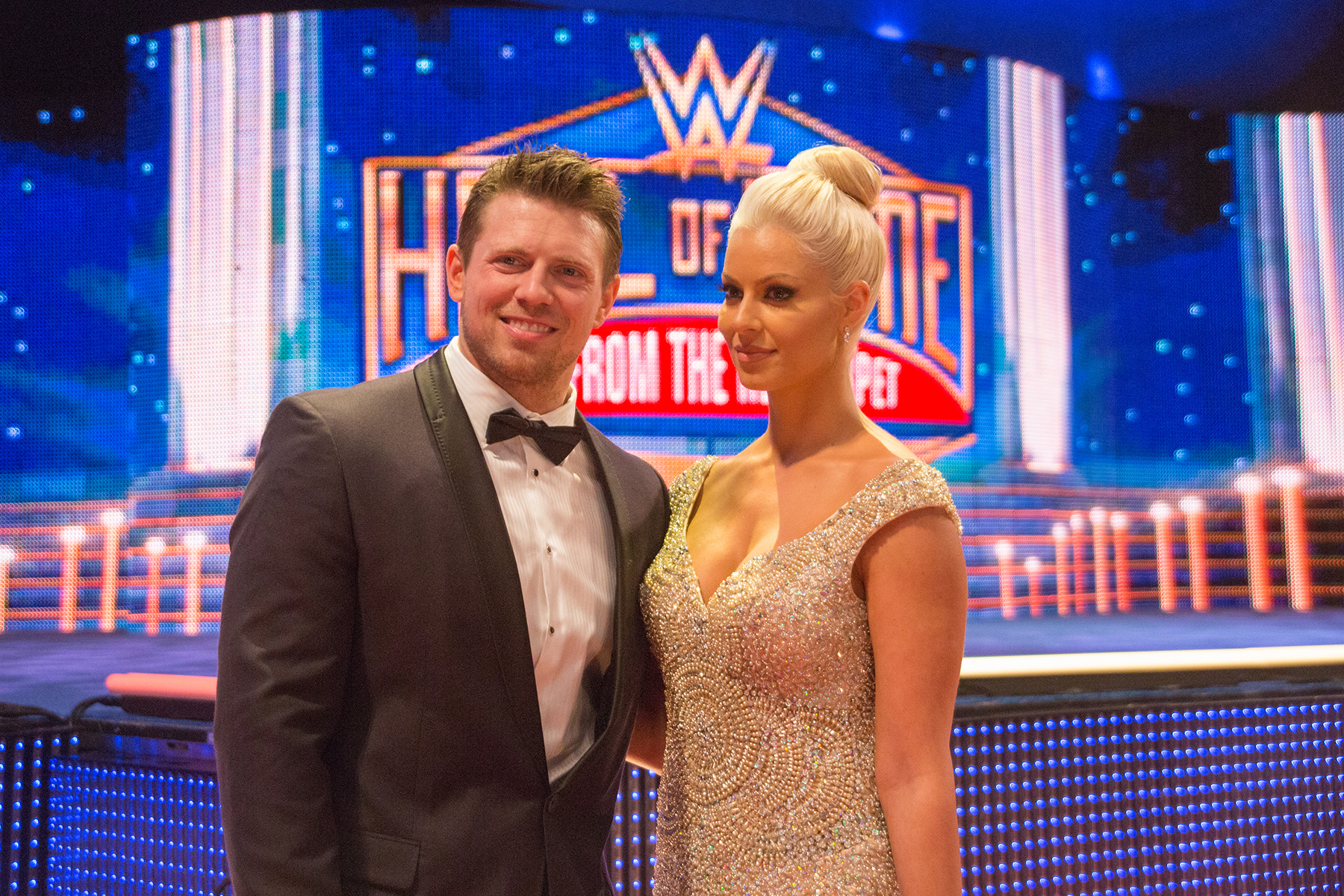 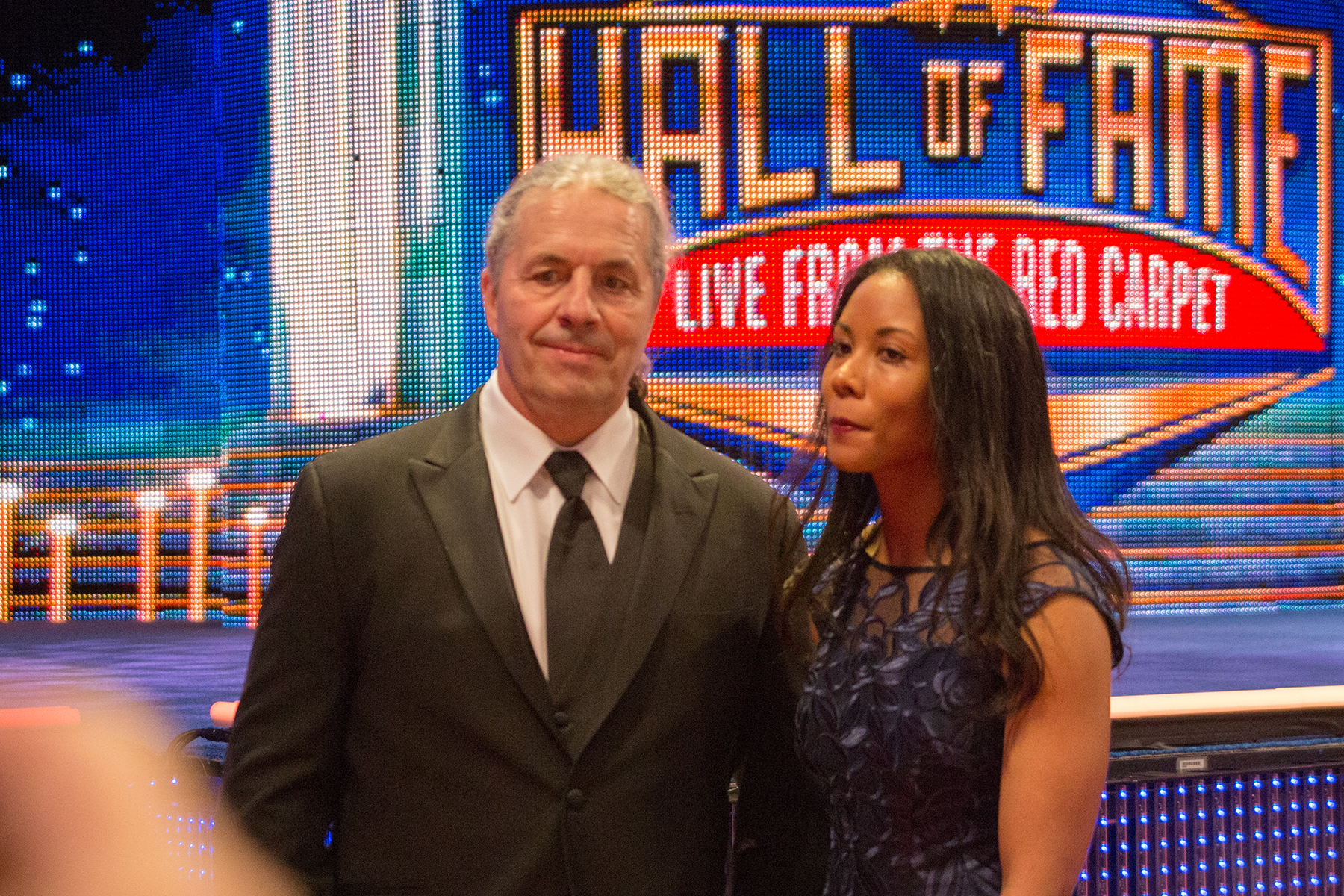 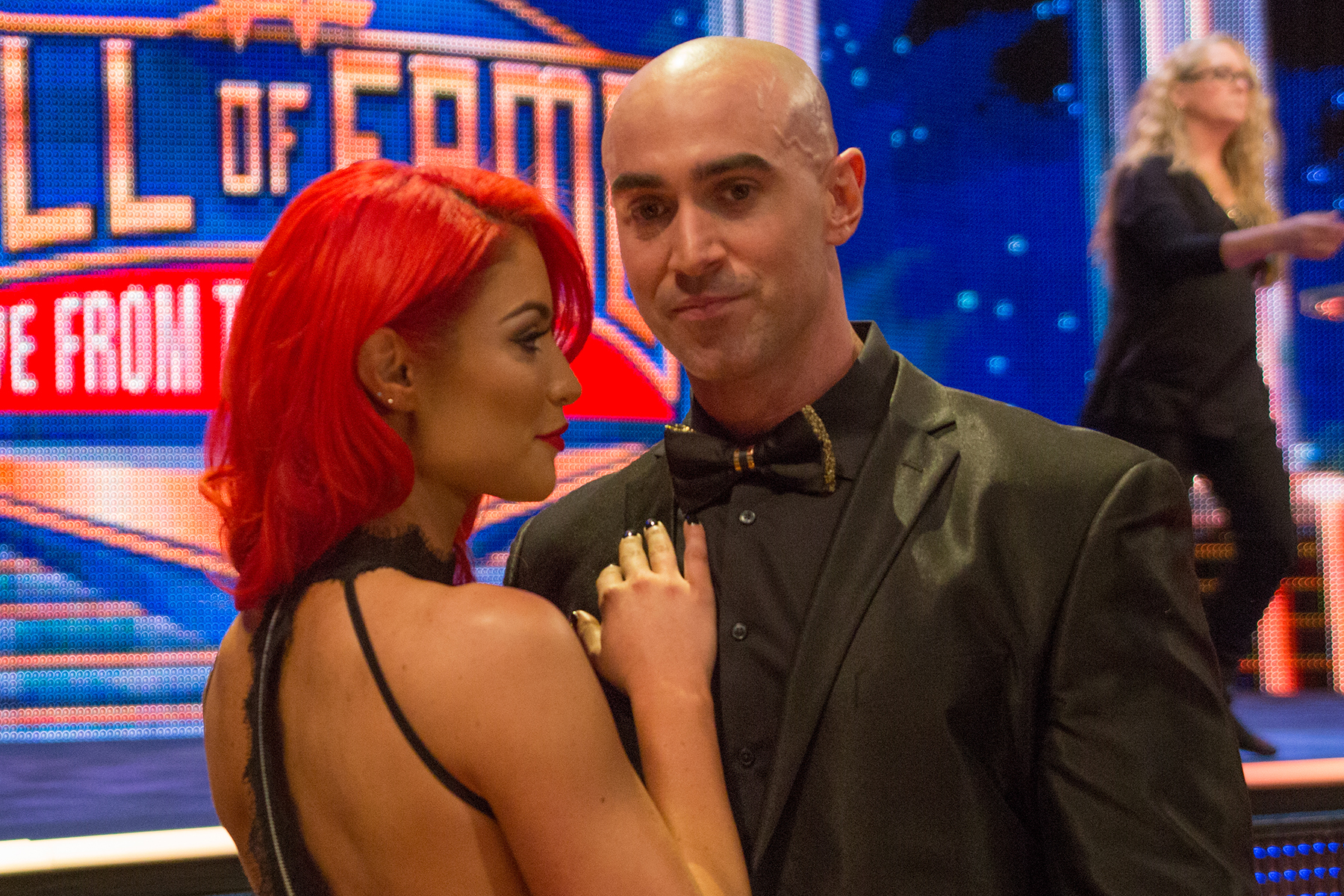 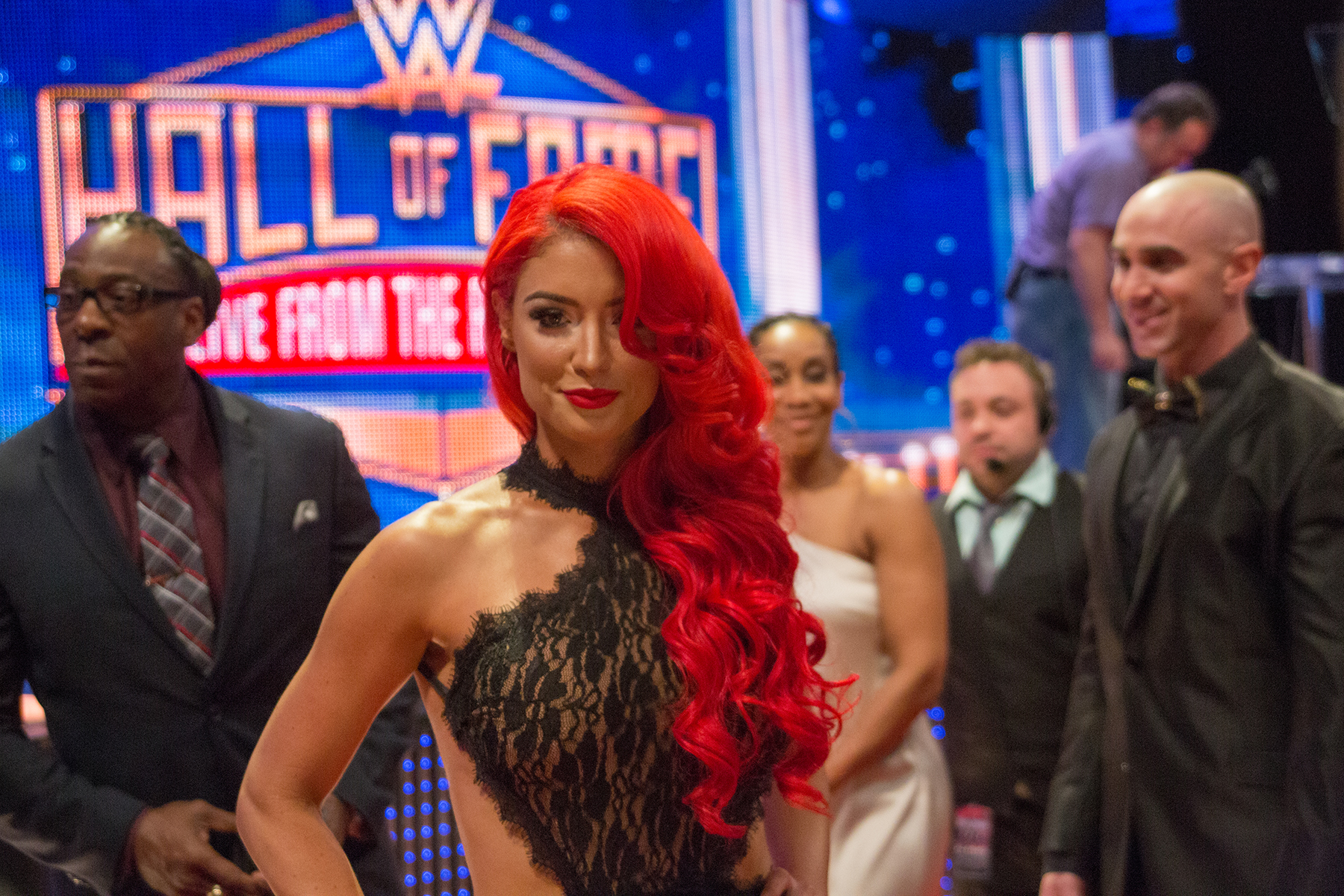 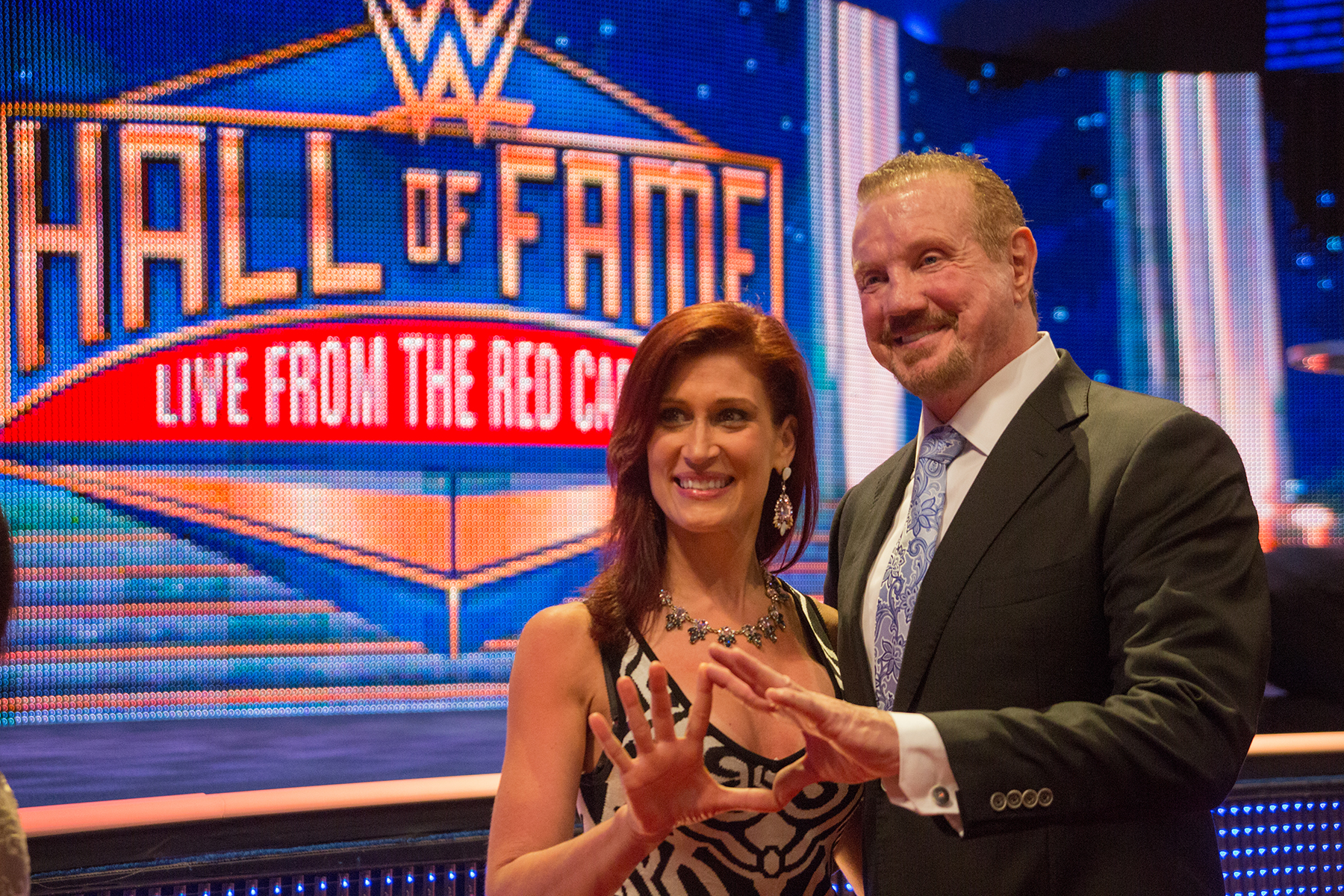 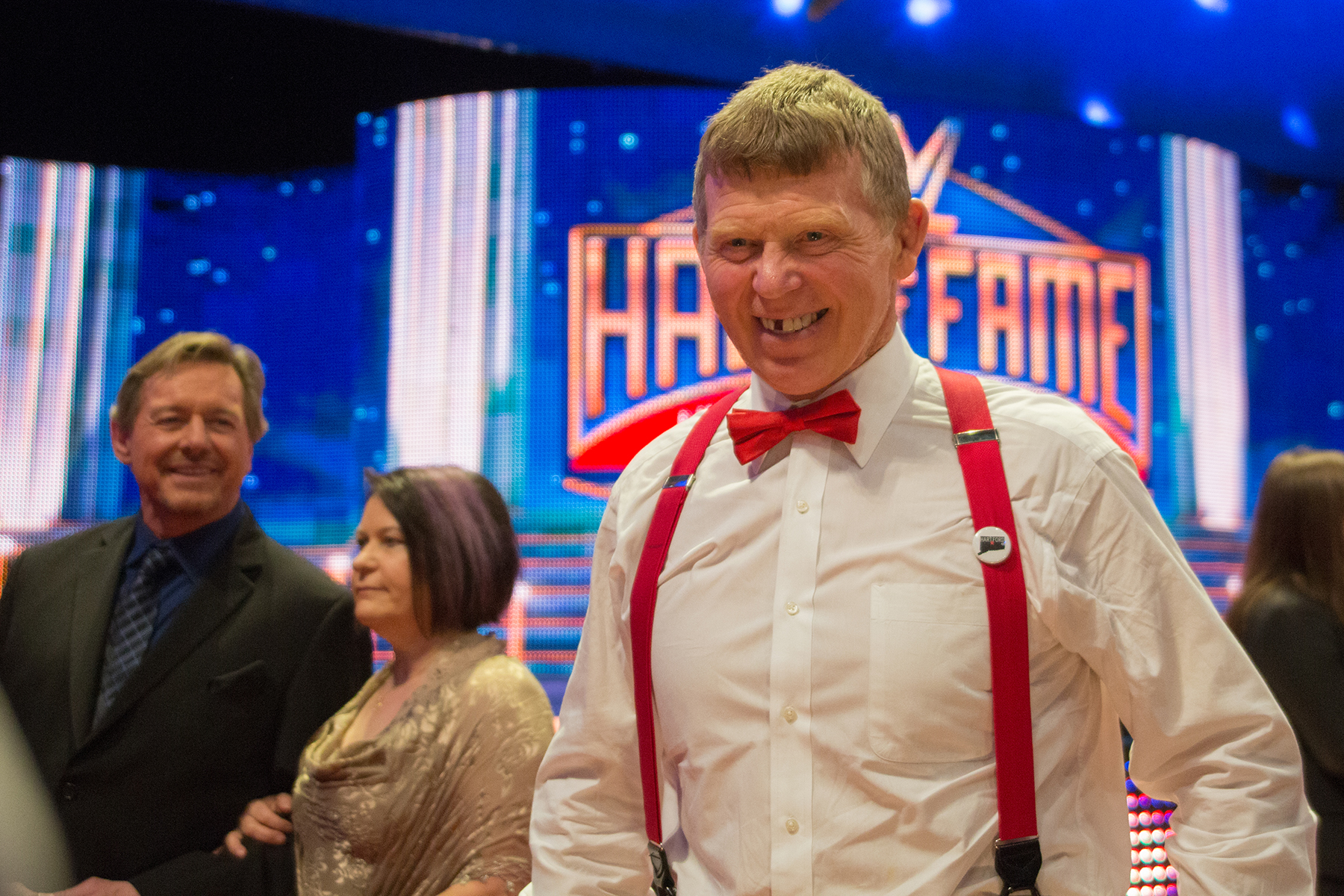 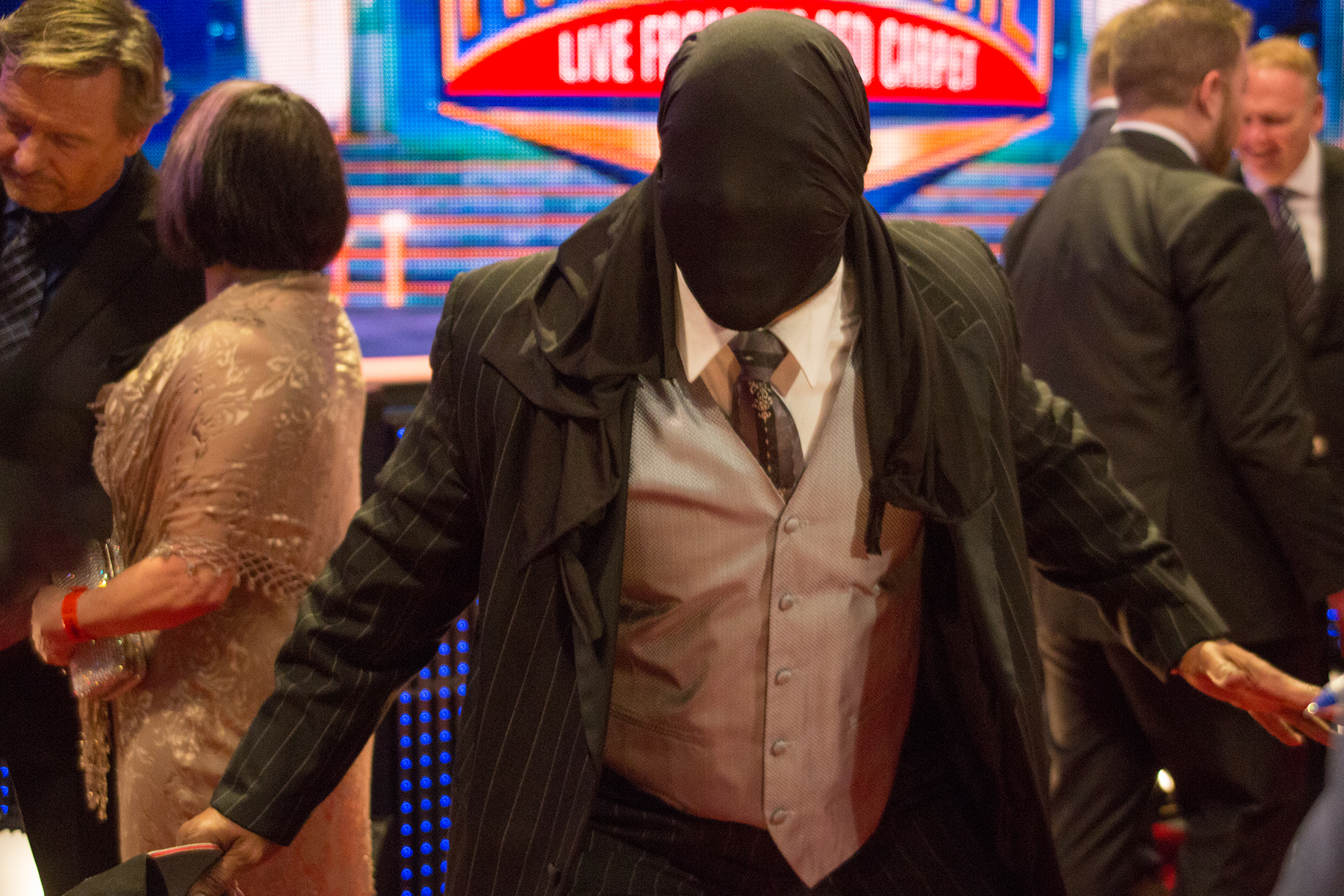 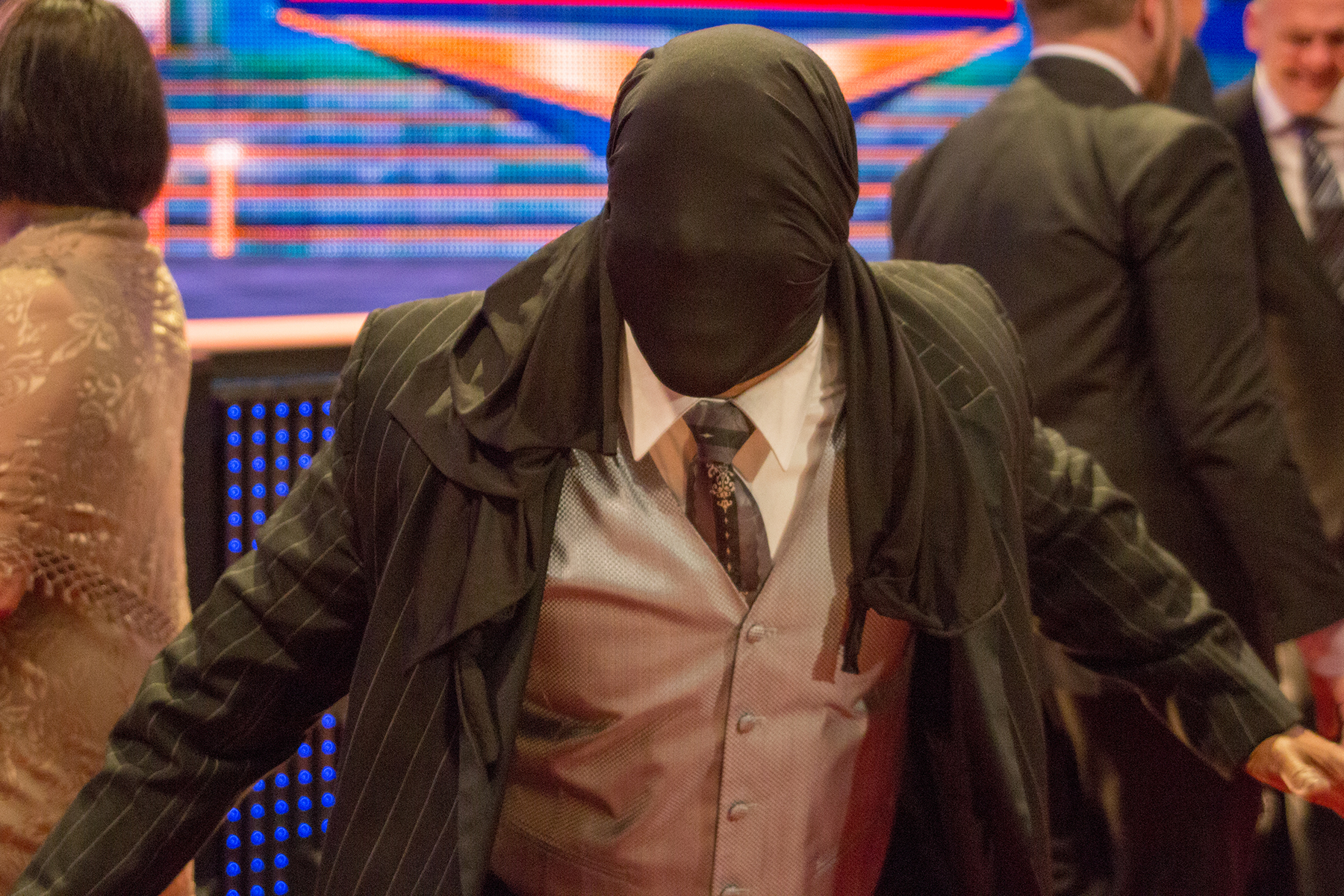 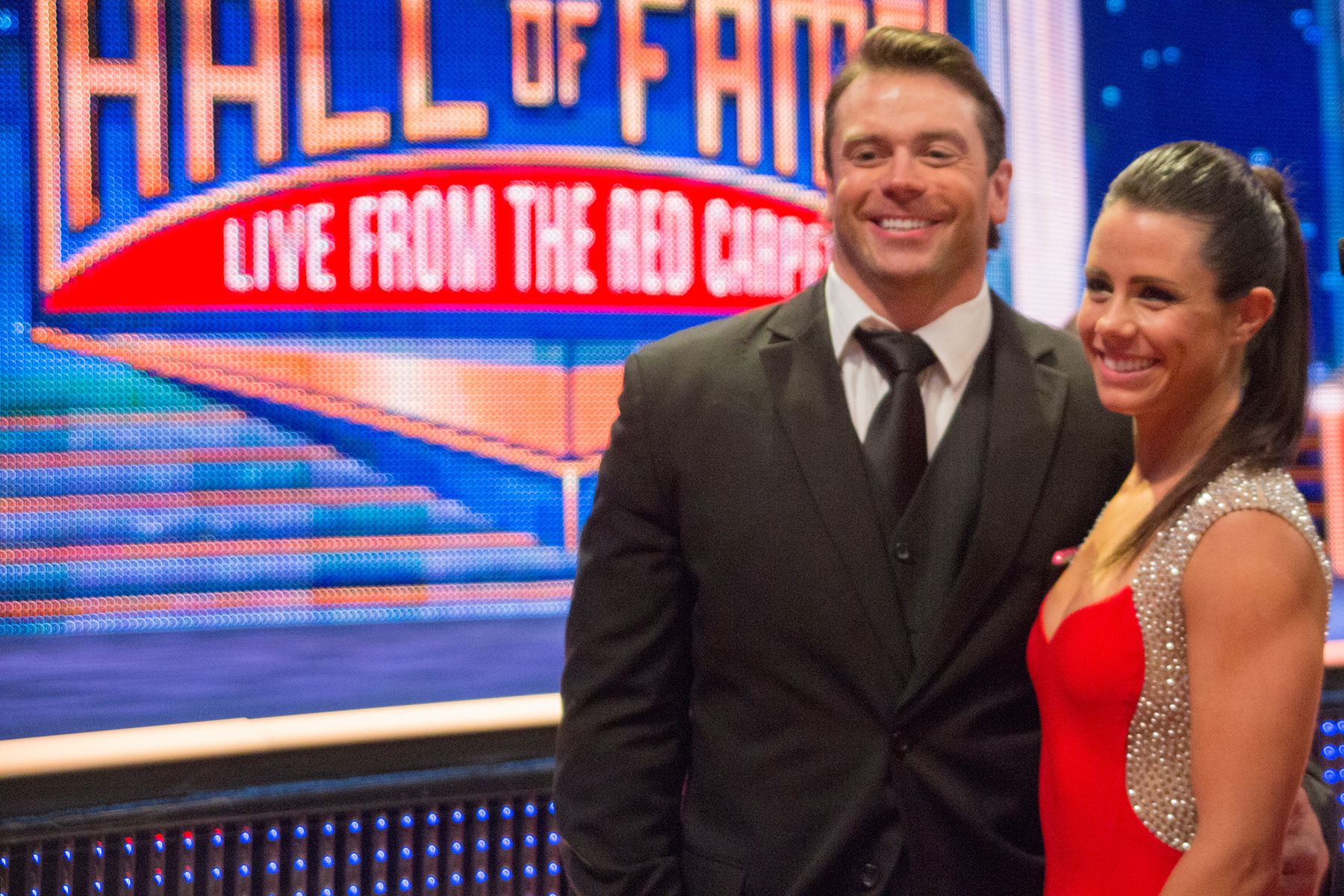 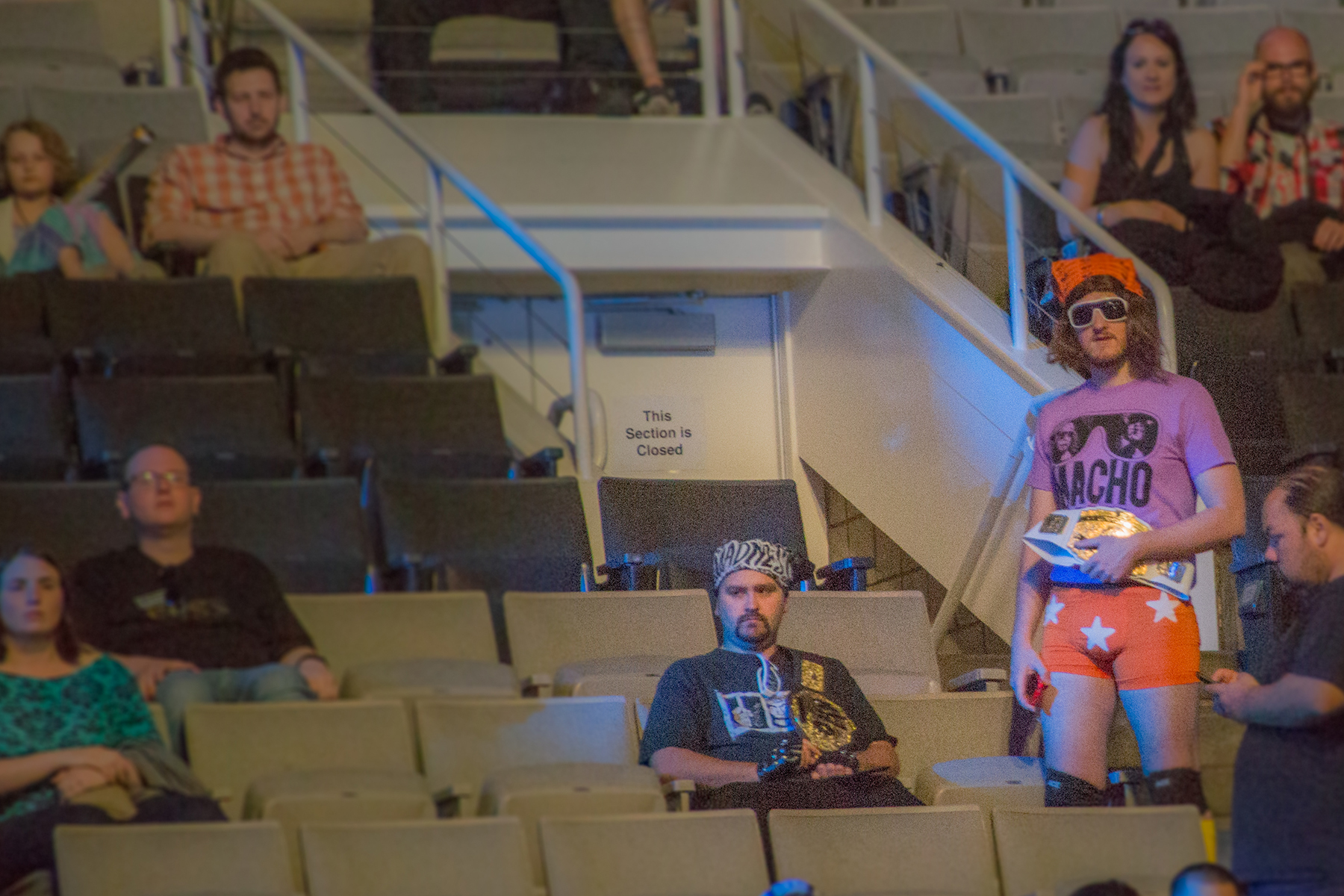 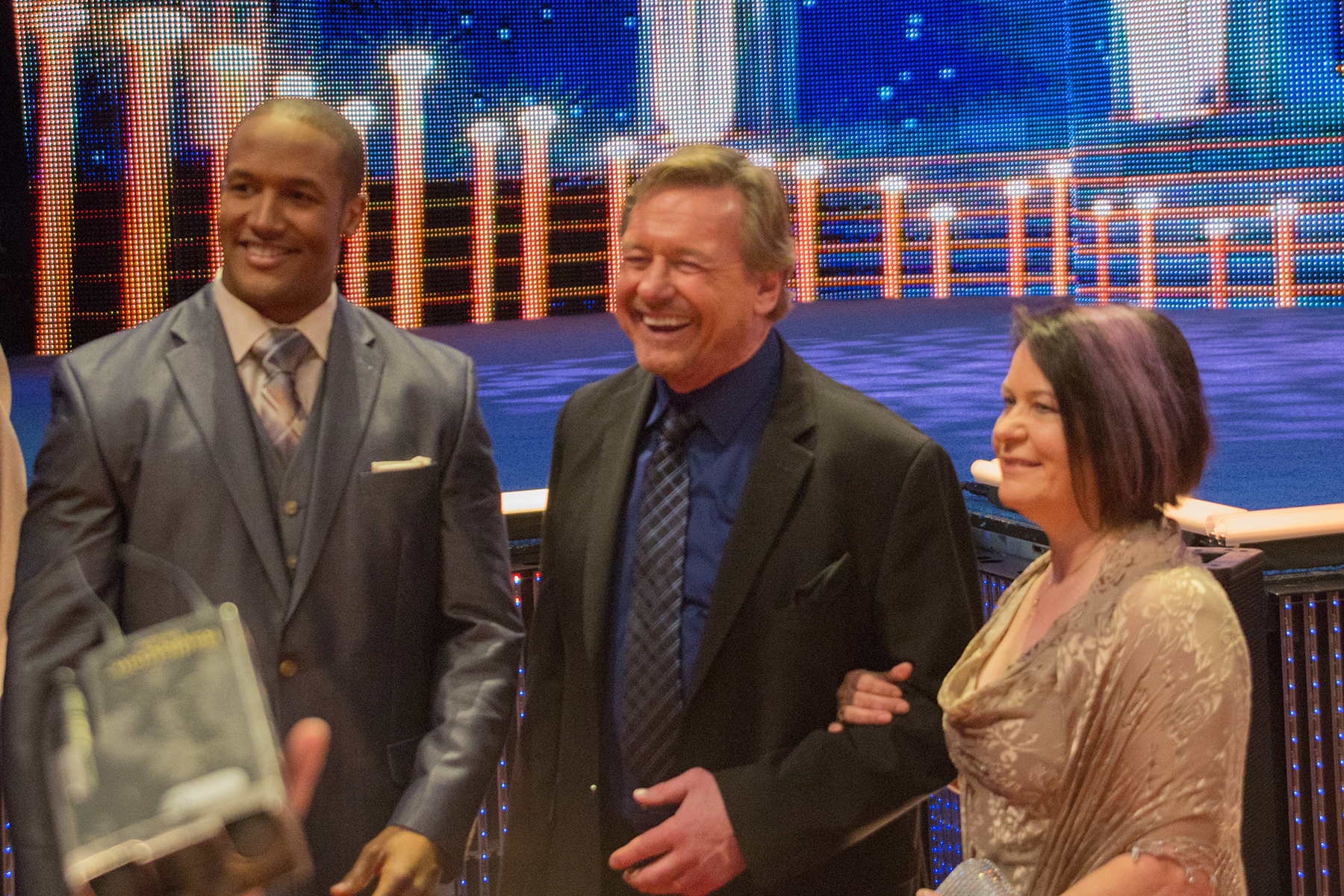 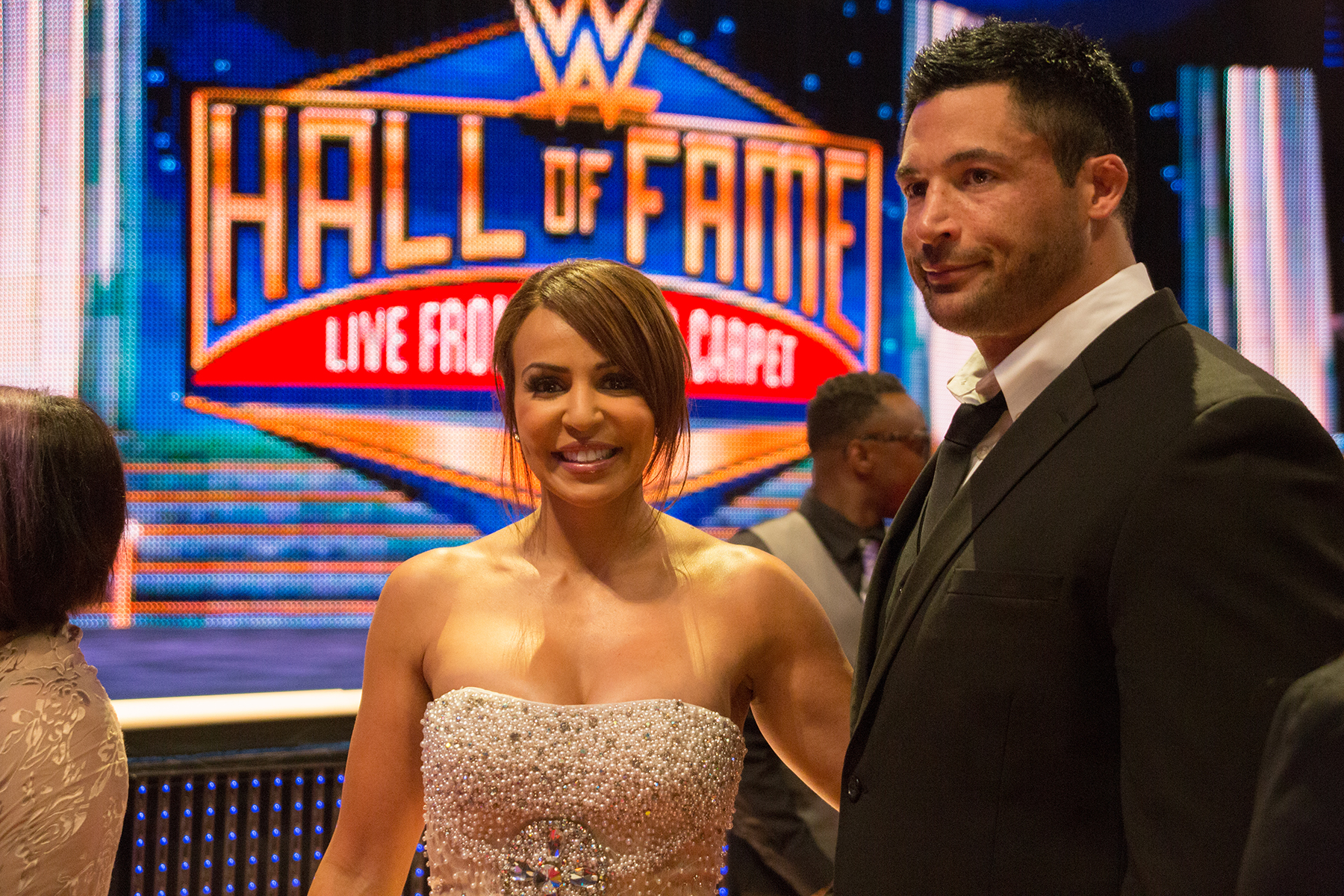 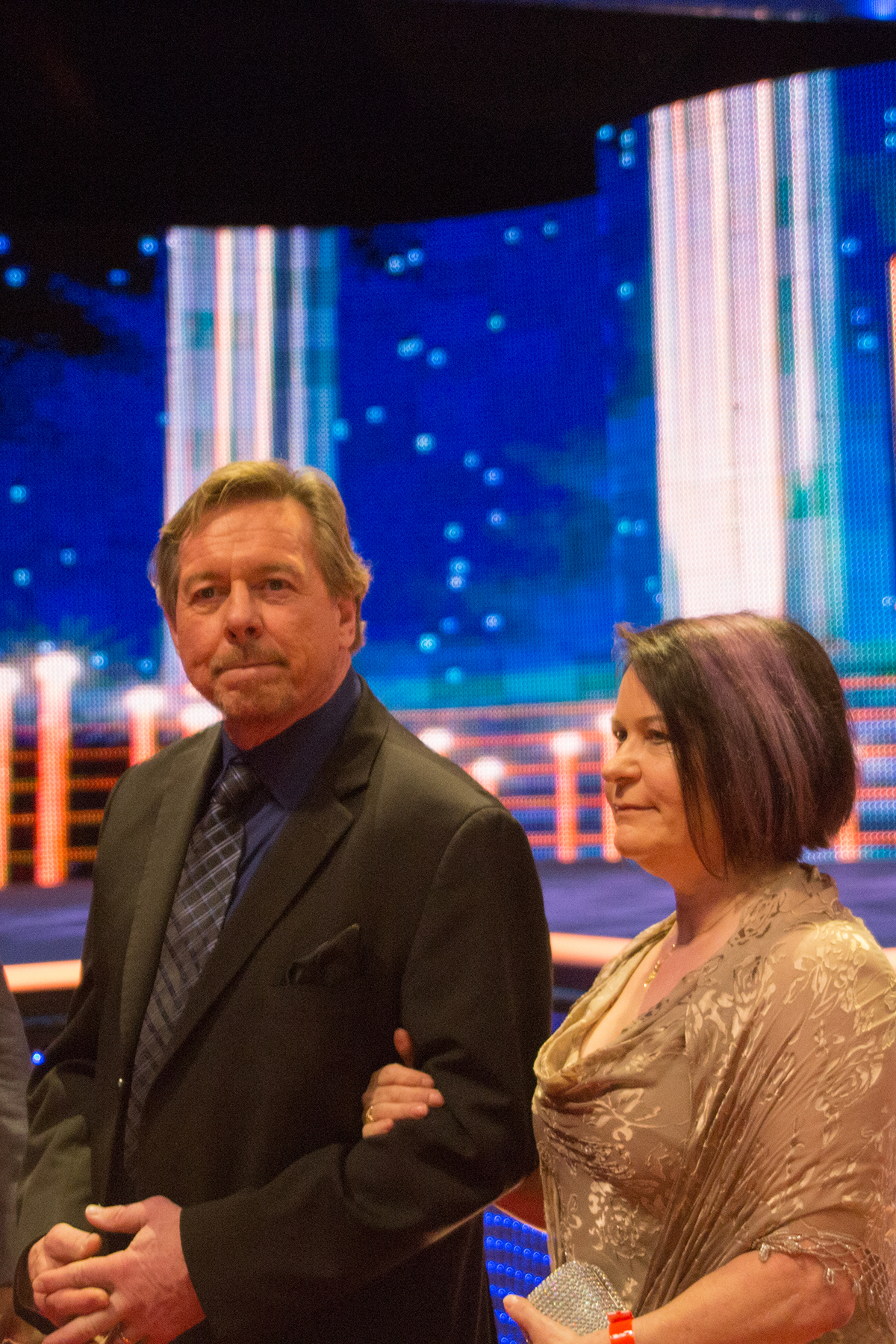 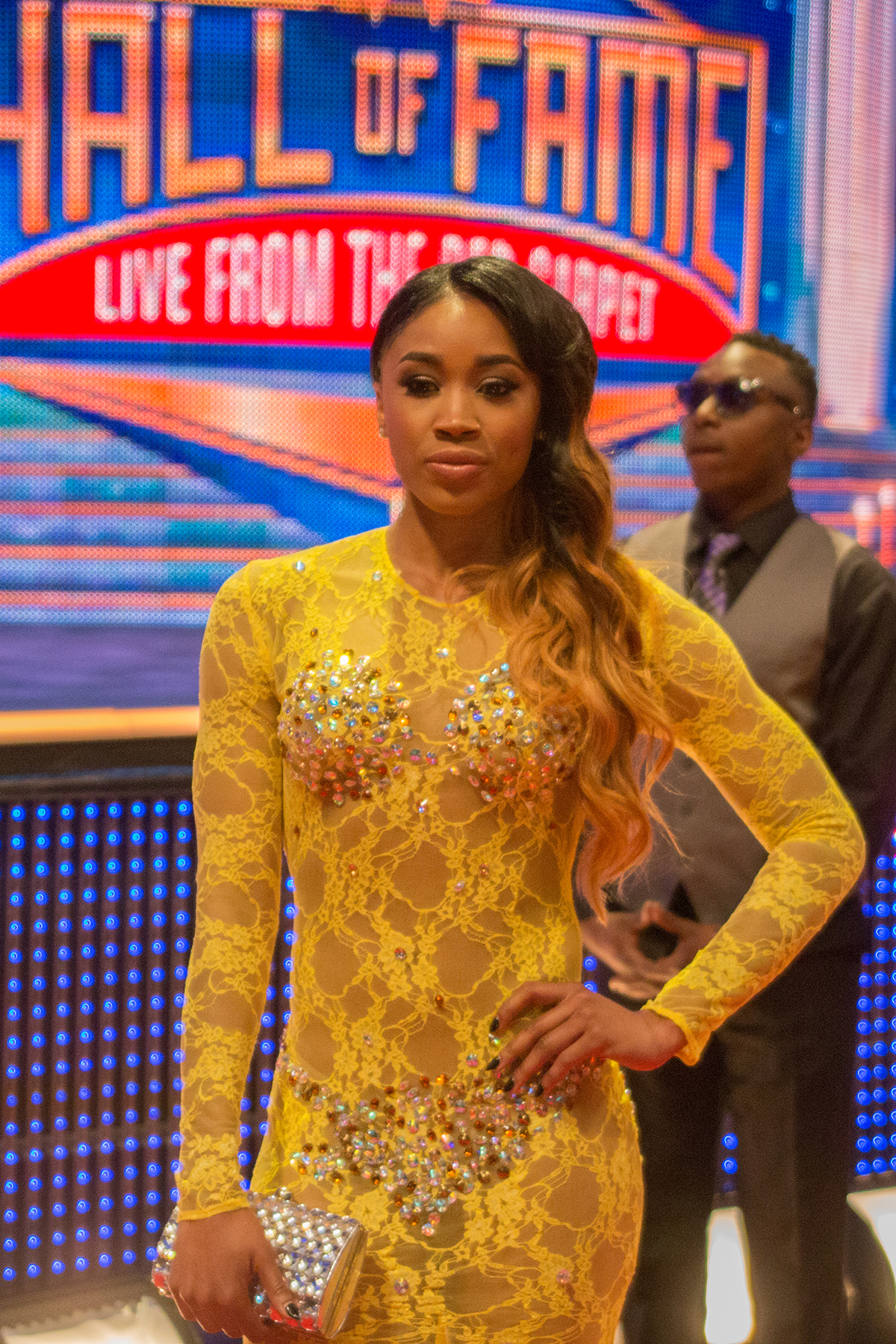 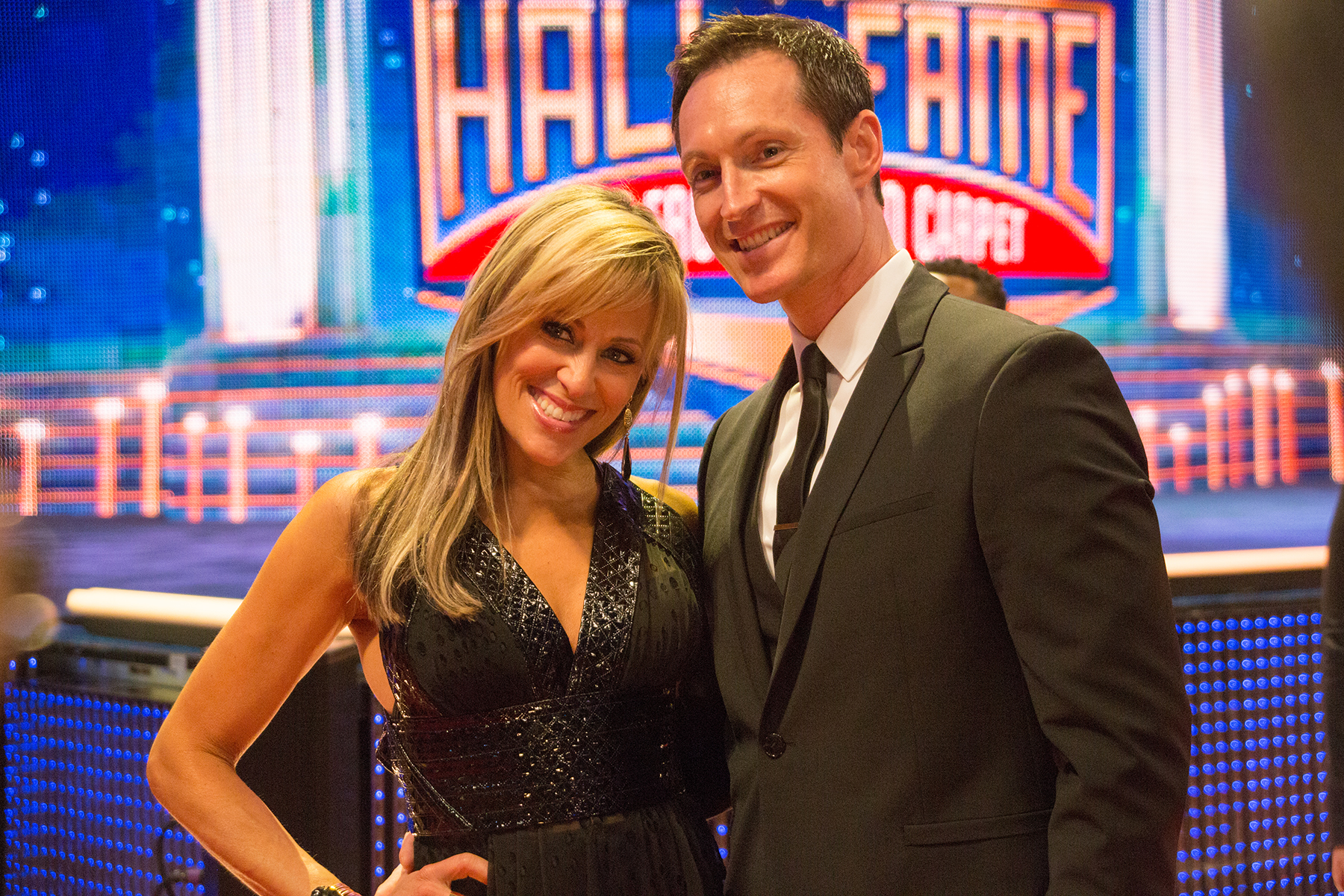 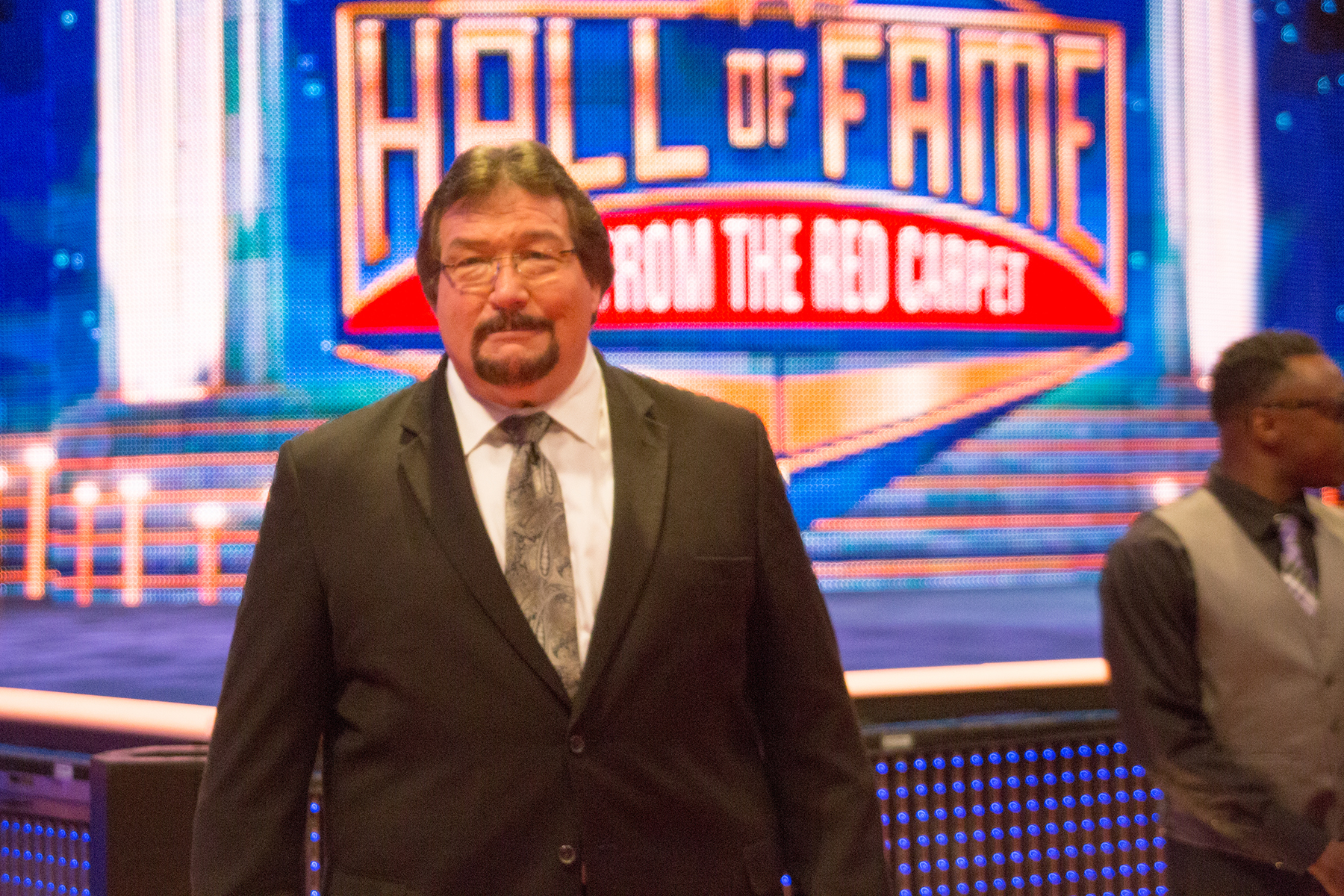 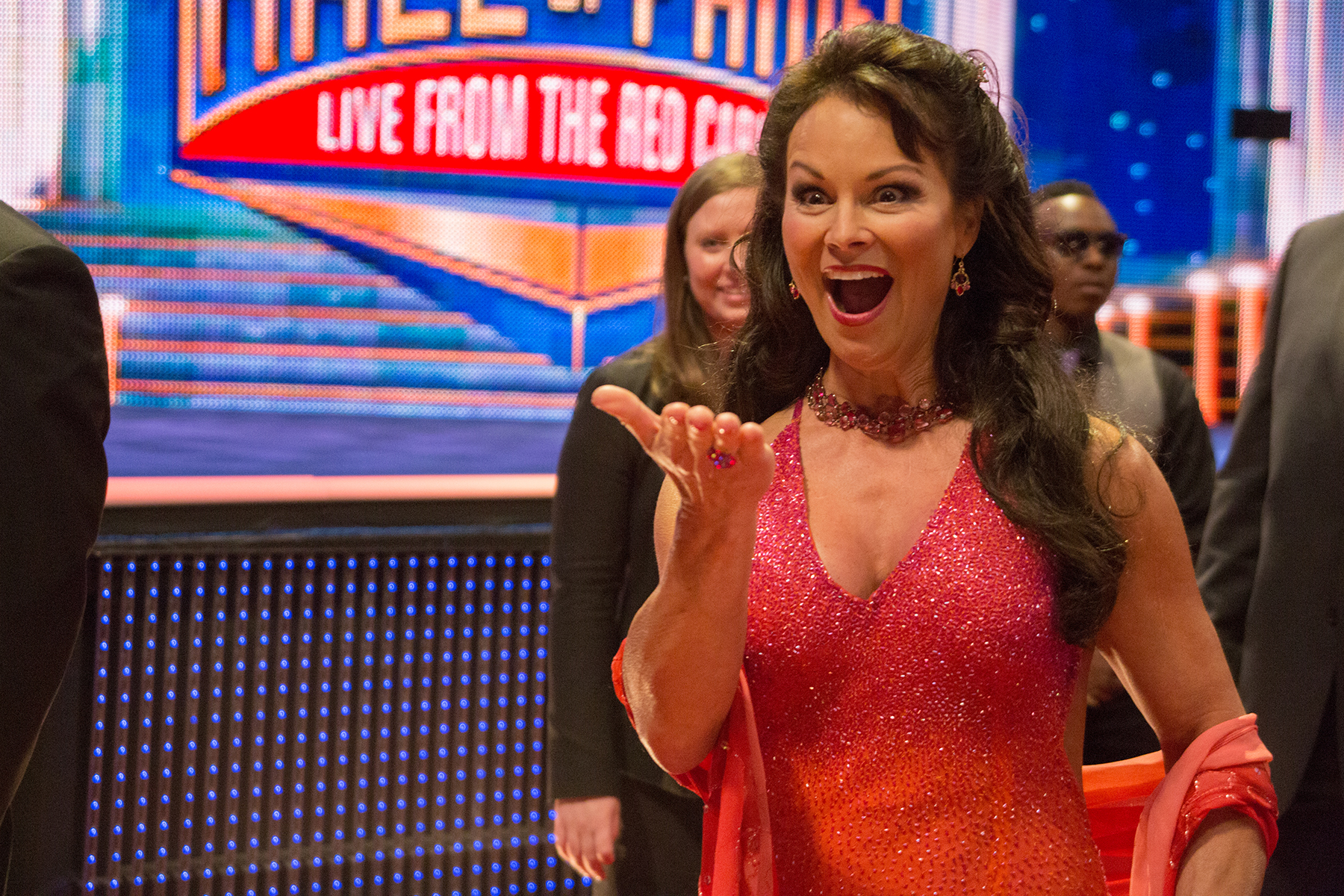 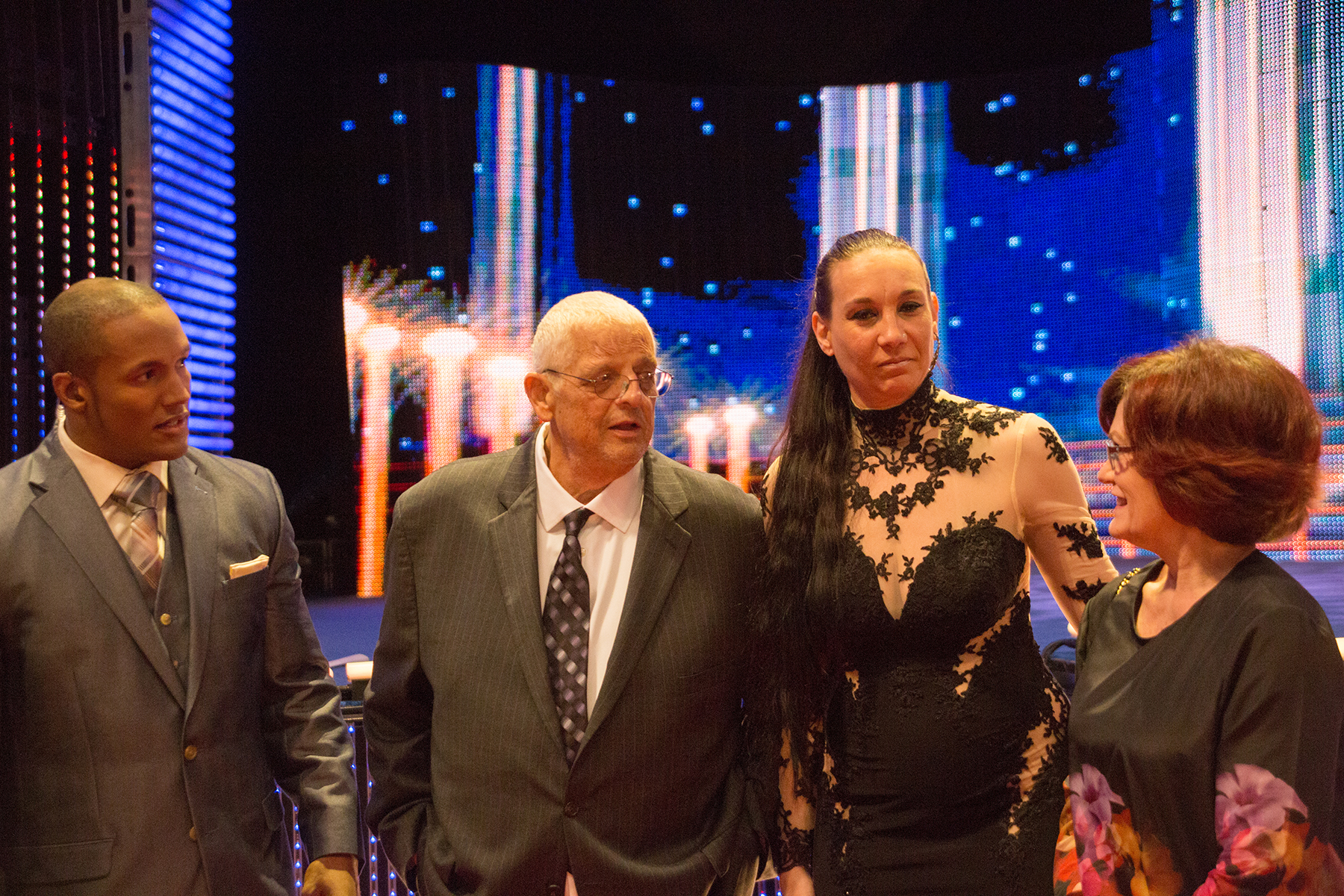 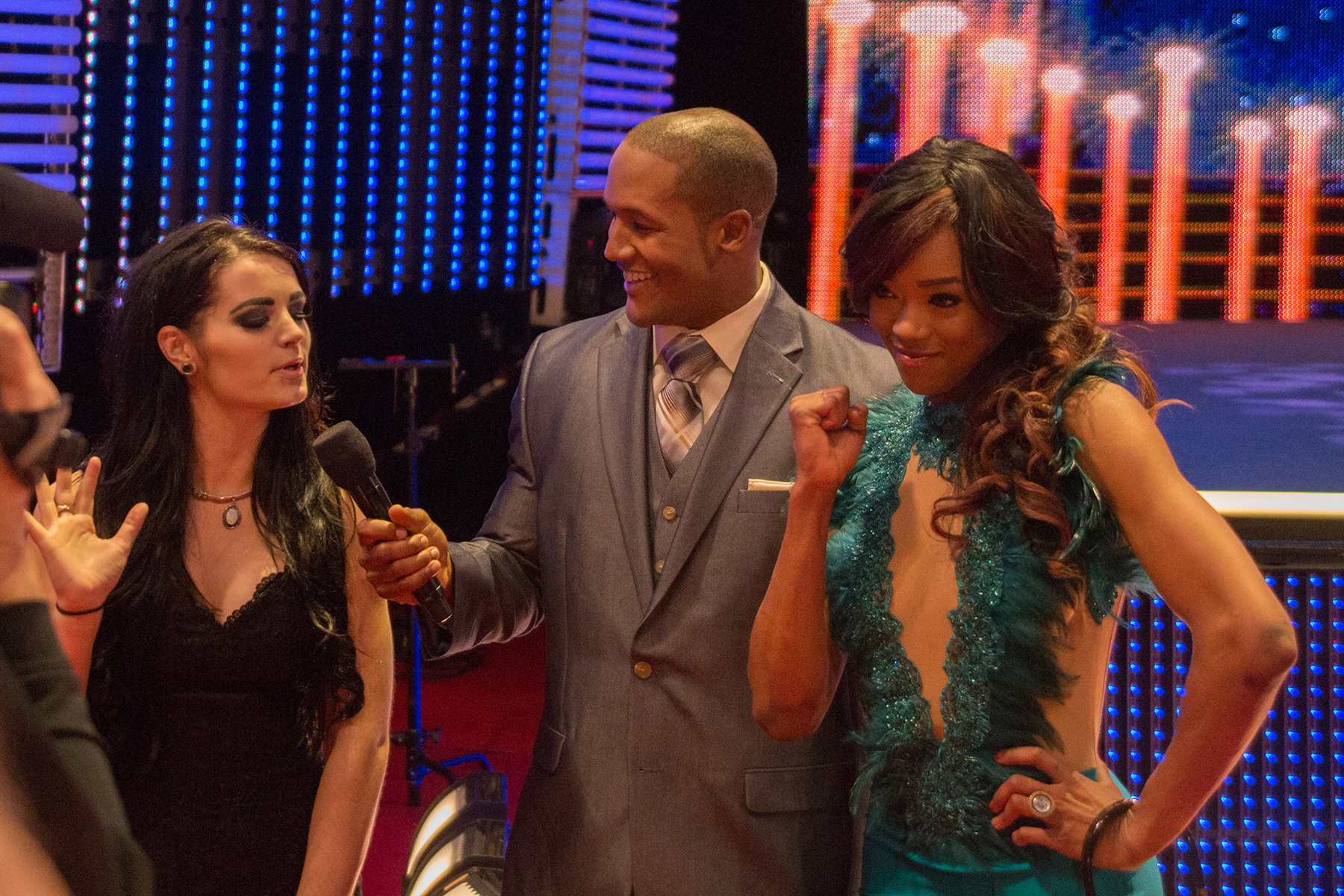 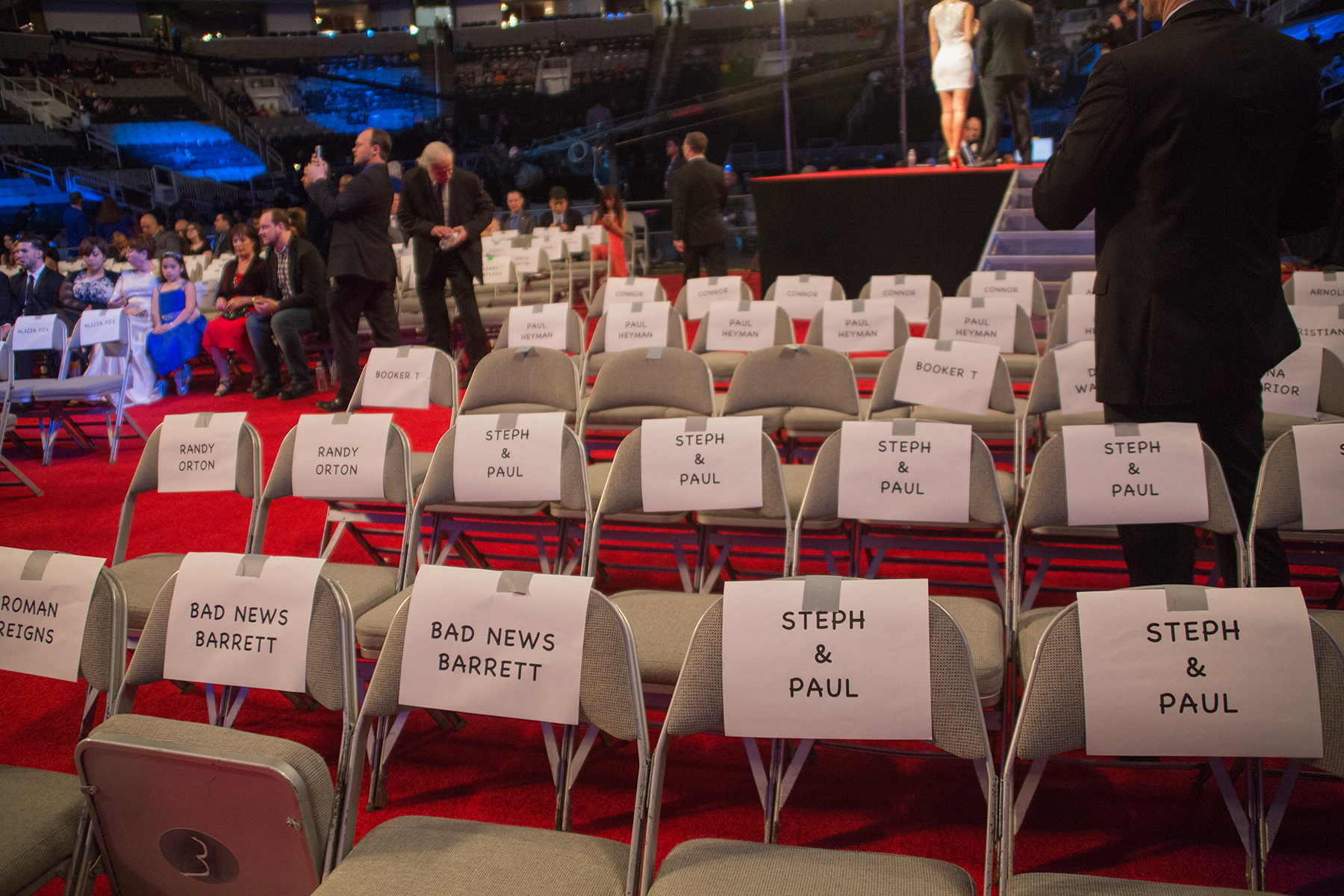 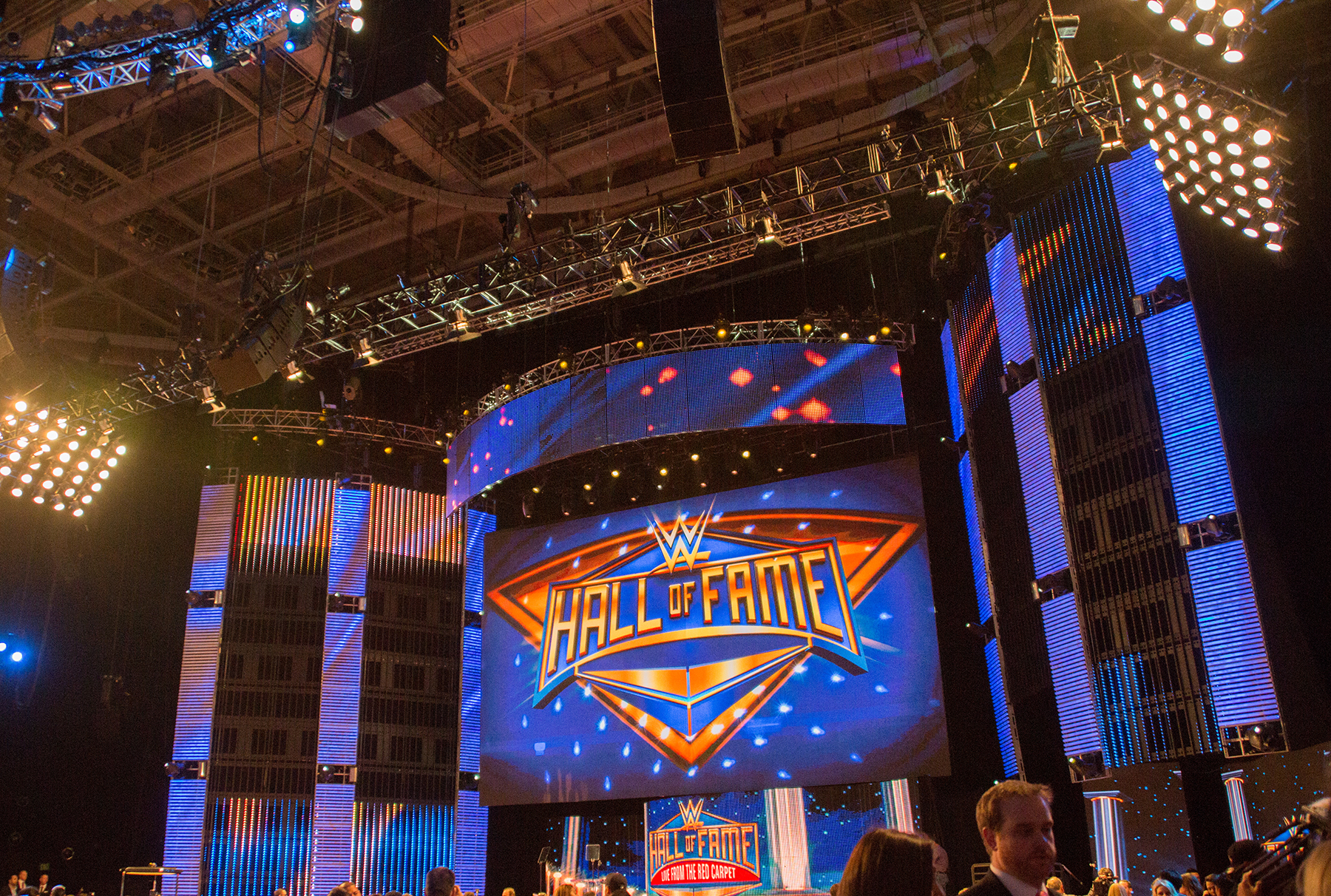 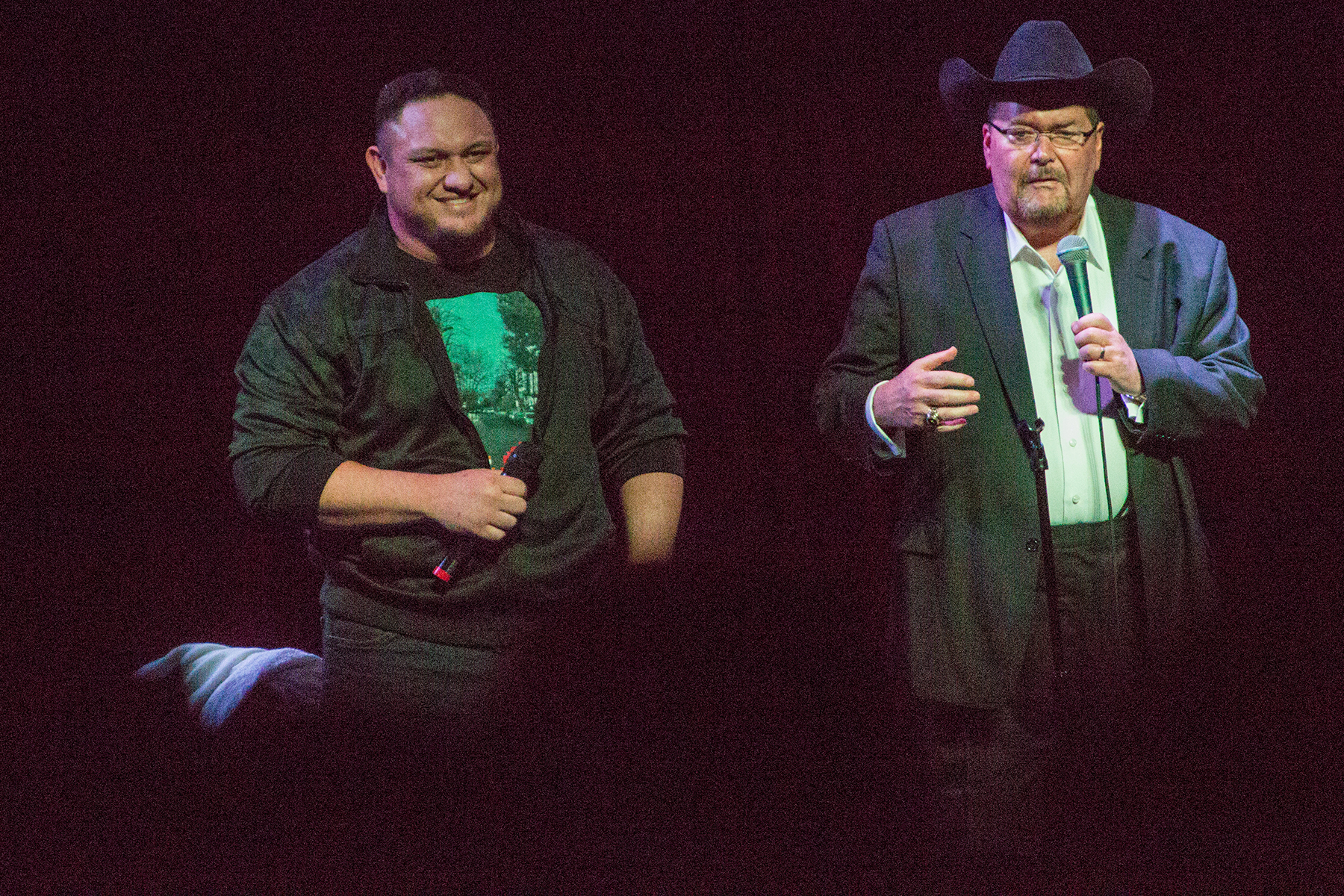 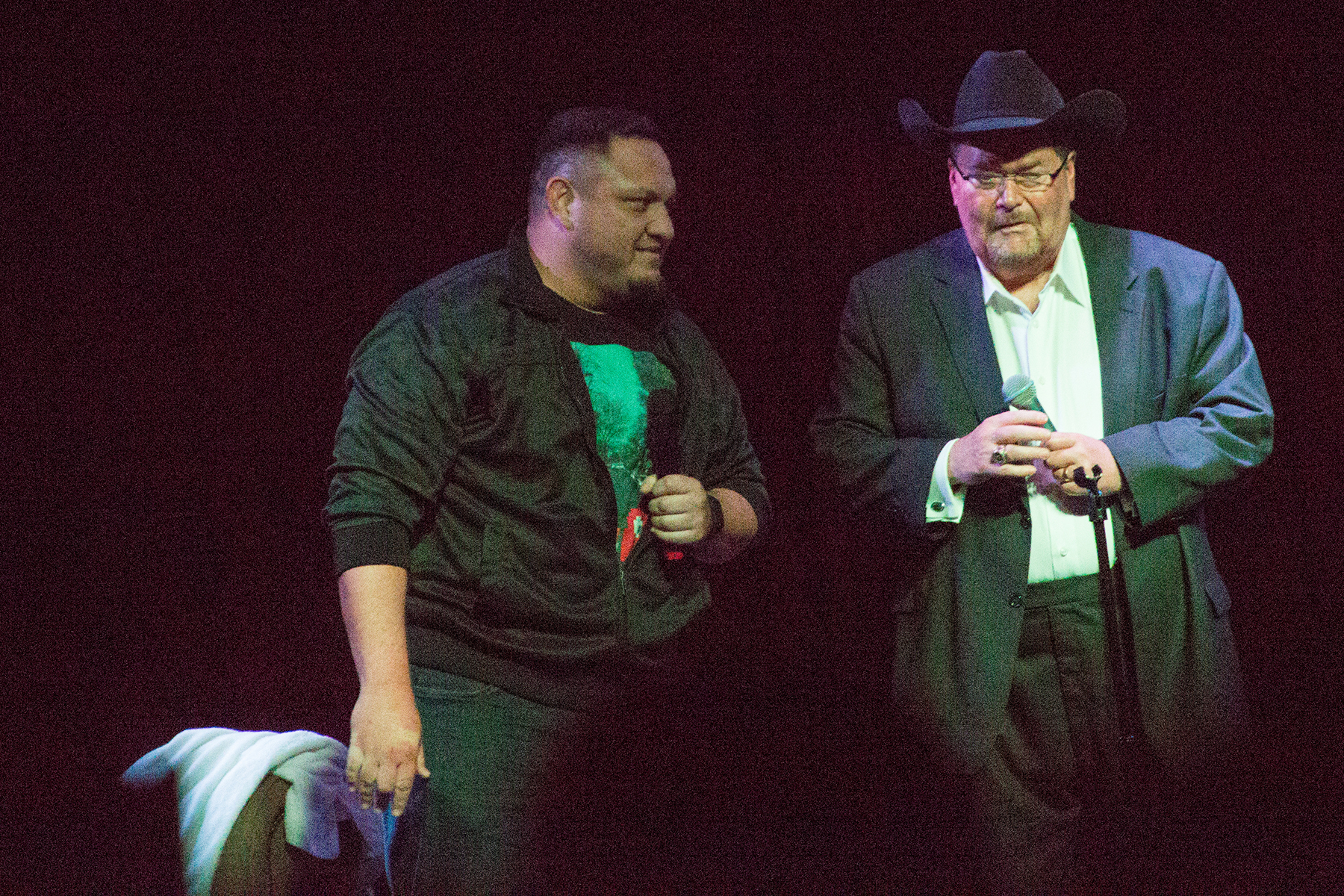 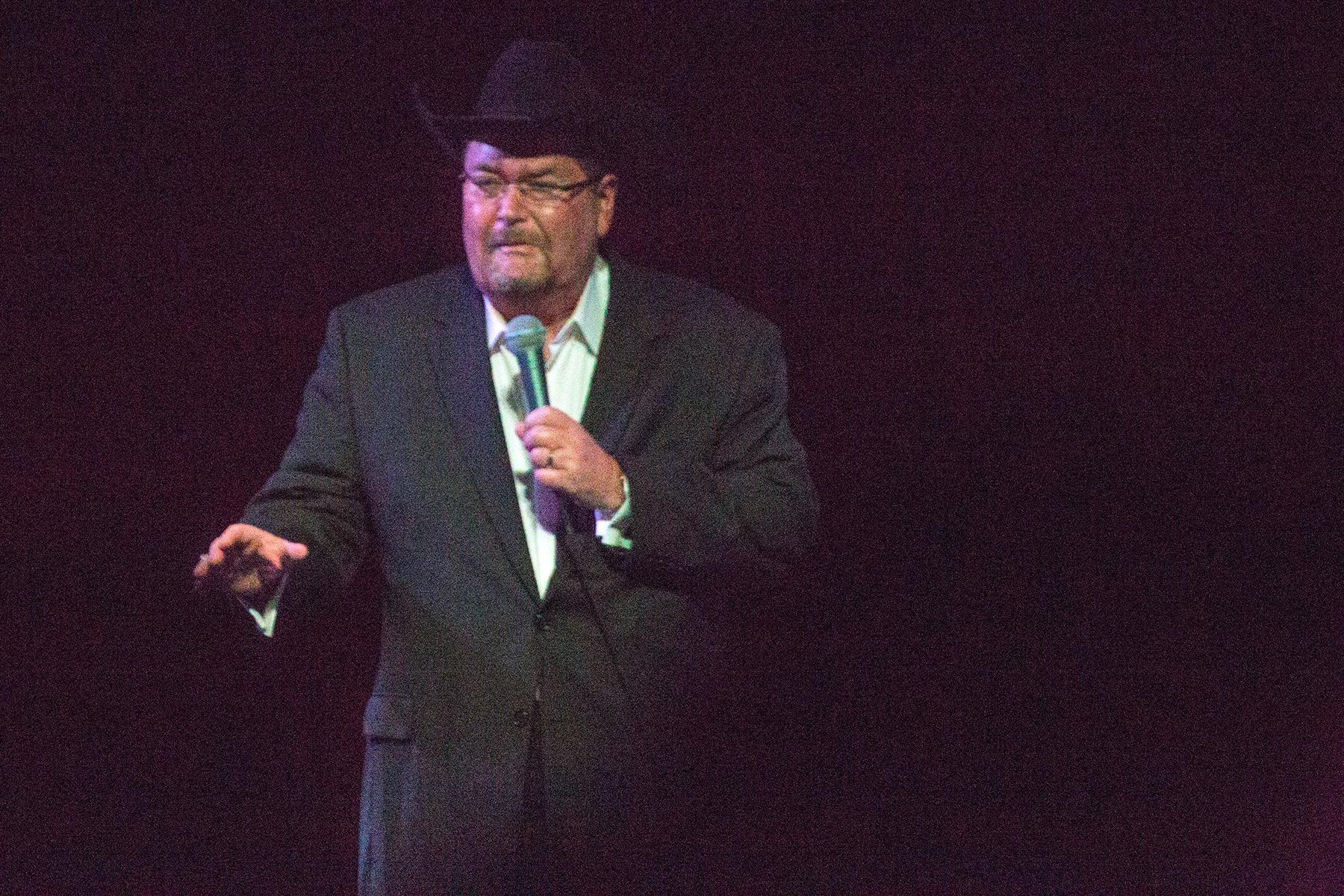 On Saturday afternoon, legendary broadcaster, former WWE commentator and head of talent relations Jim Ross held his Ringside with JR event at San Jose’s Rockbar, which felt like stepping inside Dave Navarro’s brain with an exterior that looks like J. Paul Getty designed a Black Angus. While excited to see good ole JR talk, coming into the event left me puzzled. Is it a retrospective? Is it comedy? And for Christ’s sake, nobody call it a it a one-man show. These quibbles were quickly put to rest, though, as Jim Ross is a consummate professional, and listening to him speak was like getting to listen to your cool, wordly uncle regale you with stories from his past. JR came out to his beloved Oklahoma Sooners theme song, gave a shout out to his wife (who was attending his show for the first time ever), and mentioned he was going to watching Wrestlemania from his house in Oklahoma. He then proceeded to talk about Ric Flair’s penis, which is a great way to start off a talk (described by JR as a “small child’s arm holding a granny smith apple.”) It wasn’t just a salacious parade of debauchery on the road (although he did talk briefly about the infamous flight from hell). It felt like listening to the Forest Gump of professional wrestling, as he talked about his childhood and his beginnings as a twentysomething booker in wrestling territories. JR is a master storyteller, and self-effacing enough not to make all of this feel like an edifice to his own ego. This truly exceeded my expectations.

3/4ths into the show former TNA star Samoa Joe, who recently signed a deal with WWE, was brought to the stage. Joe shared a story from his tryout match with the WWE (which he wrestled with current guy who runs the place, John Cena). After the tryout match he asked JR for his honest opinion, and JR said while a hell of a worker, this is an cosmetic business. The rest of the afternoon was spent fielding questions, and while I maintain that fan Q&A is a bonus circle of hell, JR took the questions in stride, with topics veering from MMA to Japanese wrestling. Some questions veered off into obsession, pressing JR to remember details from the far flung year of 1997. While this speaks to fan passion, didn’t Serial teach us anything about recalling details from decades ago?

The day before Wrestlemania is the yearly Hall of Fame induction ceremony for the company. It always takes on this midnight mass feel for wrestling fans, getting to pay tribute to those legends who built and gave their lives to wrestling. The 2015 class included “Macho Man” Randy Savage, Arnold Schwarzenegger, Alundra Blayze, Larry Zbyszko, Rikishi, The Bushwhackers, Tatsumi Fujinami, and Kevin Nash.

This year’s Hall of Fame also featured the inaugural Warrior award, given to Connor “The Crusher” Michalek, a WWE superfan who battled cancer and passed way last year, and was there last Wrestlemania when Daniel Bryan won the championship titles. The Warrior Award represents “unwavering strength and perseverance, and who lives life with the courage and compassion that embodies the indomitable spirit of WWE Hall of Famer, The Ultimate Warrior.” An emotional Daniel Bryan inducted Connor into the Hall of Fame. Connor’s father Steve Michalek and his brother Jackon accepted the award on his Connor’s behalf. Wrestling is real.