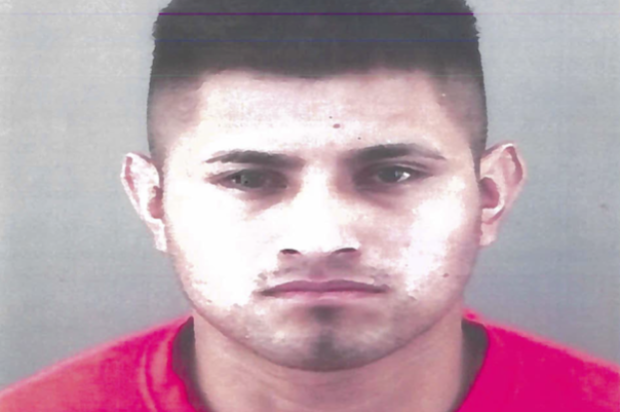 An inmate facing federal trafficking and weapon offenses who escaped custody at the county jail in San Francisco’s South of Market neighborhood late Monday remains at large, according to a San Francisco sheriff’s spokeswoman.

The 26-year-old inmate, Alexander Santiago-Gonzales, was not handcuffed and was not in a secure part of the jail when he escaped, according to San Francisco Sheriff’s Department Chief Deputy Kathy Gorwood.

Gorwood said the inmate was taking out the trash under the watch of a sheriff’s deputy at about 8:45 p.m. Monday. The male deputy was escorting the inmate to the basement of the Hall of Justice at 850 Bryant St. to take out the trash when the inmate fled on Harriet Alley in the direction of Harrison Street.

The deputy chased after the inmate, who was wearing an all-orange jail-issued outfit, but was not able to apprehend him, according to Gorwood.

Gorwood could not say how long the deputy had been with the department or if he was following jail protocol.

Other deputies and officers from the San Francisco Police Department responded to aid in the search but as of this afternoon, Santiago-Gonzales had not been located, she said.

Gorwood said deputies believe that Santiago-Gonzales is no longer wearing the orange jail-issued clothing. She said he was also issued orange underwear and may have been wearing orange shoes.

The sheriff’s department notified U.S. Marshals and law enforcement agencies in surrounding areas and has begun an internal investigation into the circumstances surrounding the incident.

Gorwood said an internal investigation will inform the sheriff’s department on changes to protocol made since the last inmate escaped the jail less than a year ago, and whether protocol was followed Monday.

She said inmates, if they pass a screening process, have chores such as taking out the trash, cleaning housing units, and performing kitchen duties at the jail.

An inmate who was also assigned to trash duty escaped the jail in June 2014. That man was later located at a homeless shelter and arrested.

Anyone who believes they see the escapee should stay away and call law enforcement immediately.