Billy & Billie Born in the Wild Broadchurch CSI: Cyber Dig Dolphins: Spy in the Pod Marvel's Agents of SHIELD Night of too Many Stars RuPaul's Drag Race The Director's Chair The Following Unbreakable Kimmy Schmidt Vice by Paolo Sambrano | March 2, 2015 8:44 am | in Culture | 0 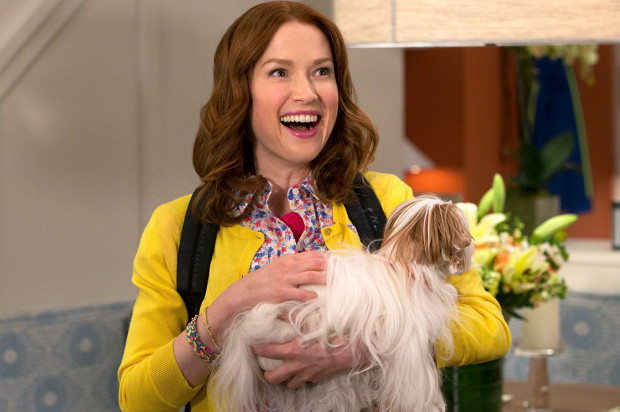 Monday, March 2
The Director’s Chair: Francis Ford Coppola (10pm, El Rey)
Robert Rodriguez’s El Rey Network is a like like Oprah Winfrey’s OWN, but instead of sit-down interviews with Eckhart Tolle about staying in the present or whatever, Robert Rodriguez speaks with Francis Ford Coppola about filmmaking. Also, I’m not sure if OWN has on its line-up one of the best wrestling shows on television right now, because El Rey has that with Lucha Underground. Point, El Rey.

The Following (9pm, FOX, season premiere)
Kevin Bacon’s Wikipedia-billed “psychological thriller” returns for an improbable third season of cults who murder people and a network television show aping what their older siblings on cable get to do.

Tuesday, March 3
Billy & Billie (8pm, DirecTV, series premiere)
Adam Brody and Lisa Joyce are step-siblings who fall in love with each other. Hi-jinx (Incest-inx?) ensue. An Inc-Rom-Com or Rom-Com-Inc, if you will. What strikes me about this is how, judging by the trailer at least, it wants to play this completely straight, and not like a serialized Farrelly Brothers movie. We can probably explain this with who created the show, director Neil LaBute (The Shape of Things).

Marvel’s Agents of SHIELD (9pm, ABC, spring season premiere)
I just have the sinking sensation that at worst, the latest crop of Agents of SHIELD episodes will just be spinning their wheels until Avengers: Age of Ultron comes out in May. And at best, it’s just a cipher until Avengers: Age of Ultron comes out in May. Such is the eyeroll of the shared universe, especially after the introduction of Inhumans (because Marvel/Disney needed to find a workaround to FOX not letting them use the word ‘mutants’) in the winter finale last year. Maybe I’m just a jabroni who still wishes the show would just be have been (season one) Homeland in the MCU from the jump. On the bright side, Friday Night Lights’ Adrianne Palicki is joining the cast as a series regular! She’s been a delight as Agent Bobbi Morse. Also, be on the lookout for The Sopranos/Sons of Anarchy’s Drea de Matteo and Battlestar Galactica’s Edward James Olmos (or as his friends like to call him, Eddie Jimmy Olmos).

Born in the Wild (10pm, Lifetime, series premiere)
It’s no Sex Box, but in a weird way feels like the logical continuation of a show about couples who have sex in an enclosed box? Born in the Wild chronicles couples who want to have their child birthing in the great yonder.

CSI: Cyber (10pm, CBS, series premiere)
“Wanna cyber” jokes made by every single millennial-something who came of age in 90’s chat rooms aside, the long-running franchise goes dark. Into the dark web, that is! Headlined by Oscar winner Patricia Arquette (with Luke Perry, James Van Der Beek, [Fat] Neil from Community and the former Lil’ Bow Wow [Just Bow Wow, thanks] along for the ride), the cyberspace/information super highway/world wide web iteration of the long running crime solving franchise reads like the The Avengers of every action movie hacker cliche ever, where everybody is a savant/child genius/both. That, or reads like the fake show within a show (or movie) that is really just a biting satire of Hollywood. With the pilot entitled Kidnapping 2.0 (which is about hacked baby monitors) I’m hoping this show is a B-movie fever dream cum your mother’s irrational fears about technology rolled into a weekly download (see what I did there? Because piracy, cyberspace…forget it).

Thursday, March 5
Dig(10pm, USA, series premiere)
USA’s ten-week limited series event centers on an an archaeological excavation site (note not saying the show’s title) in Jerusalem which unearths end of the world type stuff that needs to be stopped, in a globe trotting fashion. As you do. Jeez, you’d think our ancestors would have the foresight to minimize the whole things that can trigger the apocalypse that later generations can eventually discover. Starring Jason Issacs and Anne Heche.

Friday, March 6
Unbreakable Kimmy Schmidt (12:01am, Netflix, complete first season)
Originally set to air on NBC, this show has instead landed on Uncle Netflix’s internet shores. This is the long awaited return of Tina Fey to television, who along with her writing partner Robert Carlock co-created this series. Ellie Kemper plays the titular Kimmy Schmidt, who is rescued from a Doomsday cultists’ underground bunker, where she has been spending the last fifteen years of her life. Finding out the world hasn’t gone ka-blooey, she relocates to New York City to try and catch up on all the worldly experiences she missed out on. I’m excited for the return of 30 Rock alum Jane Krakowski to (non-Tropacana selling) television.

Vice (11pm, HBO, season premiere)
Smoke up some DMT for some investigative journalism about how our world is falling apart.

Saturday, March 7
Dolphins: Spy in the Pod (8pm, Discovery)
Speaking of David Tennent, if you ever wanted to listen to the former Doctor narrate a two-part documentary special culled from 900 hours of footage shot over a year from new spy cameras shaped to look like sea creatures that were observing dolphins, boy do I have the documentary special that originally aired in the UK last year that’s going to be broadcast on Discovery for you!