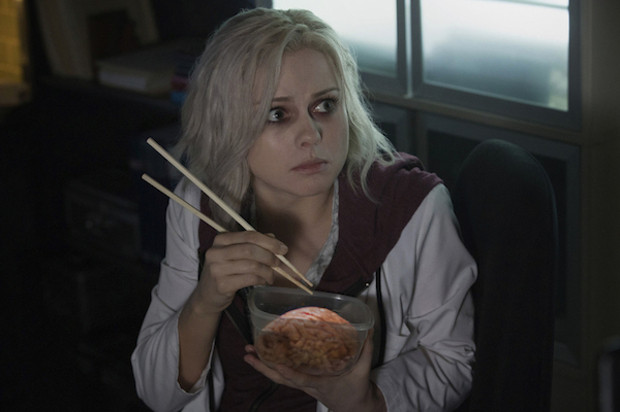 Monday, March 16
Dancing with the Stars (8pm, ABC, season premiere)
Where the hell do we go after Carlton won it all last season? You could have ended the entire series on that high note, frankly. But because this is TV here we are again, for Dancing with the Stars’ tenth year, twentieth season on the air. And to celebrate the momentous occasion, one would think that they’d pull out all the dancing celebrity stops, yes? Well, there’s Katniss’s younger sister from the Hunger Games movies. Bruce Willis’s daughter, an injured Iraq war veteran, Chris “FarmersOnly.com” Soules from the past season of The Bachelor, a bunch of multi-hyphenate types like Michael Sam (the first openly gay LGBTQ player to be drafted in a major sport), Suzanne Somers, and Patti LaBelle. Damn, Patti, they done you dirty this season.

Tuesday, March 17
Community (12:01am, Yahoo Screen, season premiere)
Dan Harmon’s sublime (aside from that season four gas leak), meta-sitcom is is poised to fulfill its six seasons and a movie mantra, thanks to Yahoo making an 11th hour save to bring the show to their Yahoo Screen service, and no thanks to NBC for canceling the show in the first place. Despite a pared-down core cast, Keith David and Paget Brewster will be enrolling this season. Also, unlike some other new ways to distributing content online, Community will be doled out weekly instead of releasing all the episodes at once. Gotta get people to visit that Yahoo, y’know.

iZombie (9pm, CW, series premiere)
Don’t be gauche! Just because Veronica Mars creator Rob Thomas is at the helm and it’s about a girl solving murders doesn’t make it Veronica Mars all over again. Based on the comic series, Rose McIver stars as Liv, a undead person who works as a medical examiner. The work gives her easy access to brains to nosh on to retain her humanity, and a sweet side effect is that she gains the memories of the person whose brain she ate. This makes her quite the ringer at solving their murders. Worth repeating, but anybody who thinks that The CW is only for teenage girl shows is incredibly myopic and outdated. The CW reminds me of a cross between what SyFy wishes it could be again, and FX before the FXX split-away.

Barely Famous, is the brainchild of Erin and Sara Foster, daughters of music producer David Foster. The faux-documentary series sees the Foster sisters being taped by cameras for a reality show despite not wanting to be on a reality show. It reads like a meta version of Kathy Griffin’s My Life on the D-List.

Thursday, March 19
The Mind of Mark DeFriest (8:15pm, Showtime)
Documentary about prisoner Mark DeFriest, who is up for parole after thirty years behind bars. Coupled with his proclivity for trying to escape, questions about his mental state are explored.

Logline: Rich white people did a bad thing but insist they’re not bad people.
From the creator of legal drama, Damages.

Children’s Hospital (11:59pm, Adult Swim, season premiere)
This batshit deconstruction of the doctors-who-fuck-in-supply-closets hospital drama morphed into a batshit container for abject (and astounding) absurdity. It returns for a sixth season, nearly two years after the last new episode aired.

Saturday, March 21
Stalked by my Neighbor (8pm, Lifetime)
Congratulations to Lifetime’s Stalked by my Neighbor for coming up with a title which sufficiently explains what to be expecting when watching said telemovie. “Stalked by my Neighbor” also sounds like a potential album title for struggle rapper Viper’s prolific and ever-growing discography (he released 333 albums in 2014, alone, with titles such as “They Tryin’ to Clone and Copy Me,” “Rap Game Money 2 Wild,” and “Cops Can’t Read.”)

Sunday, March 22
Neighbors with Benefits (10pm, A&E, series premiere)
A&E’s new reality show (or real-life series, documentary series) brings the focus on a neighborhood swingers in Ohio. I’m sure in this neighborhood “borrowing a cup of sugar” needs the added contextualization of literally needing to borrow a cup of sugar, or actually wanting to fuck.