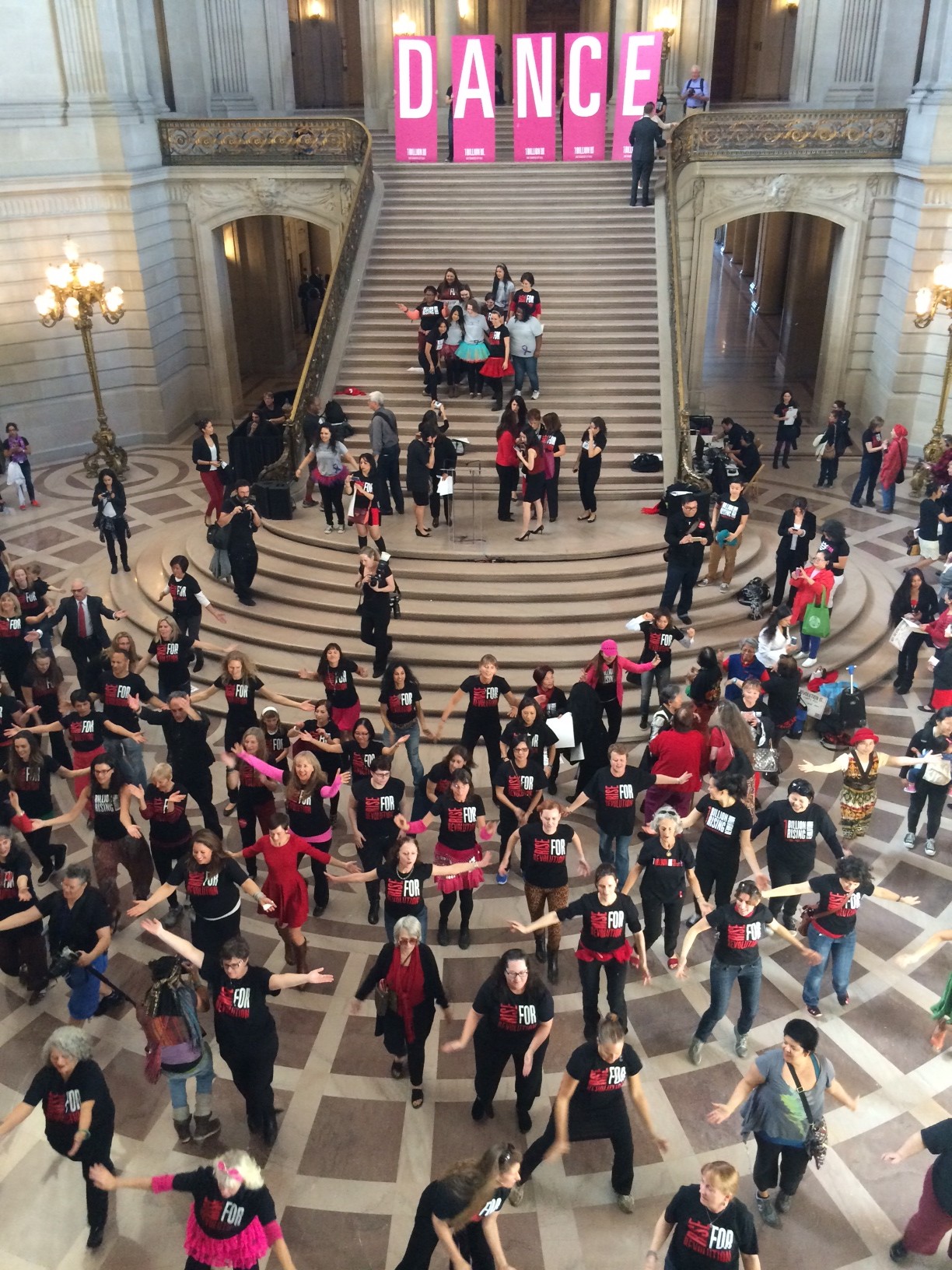 Hundreds of advocates and activists gathered with city officials at San Francisco’s City Hall today to celebrate One Billion Rising, a global day of action to end violence against women and girls.

The One Billion Rising: Revolution campaign is a call to action based on the statistic that one in three women on the planet, or roughly one billion women and girls, will be beaten or raped during their lifetimes.

Today’s event featured drumming and dancing beneath San Francisco City Hall’s rotunda to celebrate those who have survived abuse and appreciate the strides that have been made to eradicate violence towards women.

San Francisco District Attorney George Gascón, Mayor Ed Lee and Board of Supervisors President London Breed were among the local officials who spoke to the crowd today about how the city has fought for victims.

Gascon said that in 2014 his office was able to bring 450 cases to trial involving violence against women, with 83 percent of those cases resulting in convictions.

He said that although those convictions show that resources are being directed toward victims of violence in San Francisco, more needs to be done until violence against women isn’t an issue.

He encouraged everyone at the celebration to reach out to victims of violence and let them know that it’s okay to come forward and report their abusers.

“No one should have to live in fear, much less in the privacy of their own home,” Gascon said today.

Dr. Emily Moto Murase, the executive director of the Department on the Status of Women, said that in the last year policy changes have been recommended and put in place to further aid women in San Francisco in their struggle against abusers.

She said that the adoption of those requirements would help ensure that law enforcement officers don’t get away with domestic violence.

Additionally, Murase said that in 2014, all 88 inspectors with the city’s Department of Public Health were trained to look for signs of human trafficking when they go into establishments such as massage parlors.

Murase said San Francisco’s commitment to protect women is saving lives and that in comparison to a decade ago, the number of domestic violence homicides in San Francisco has dropped significantly.

Human trafficking and sex trafficking, however, Murase said, remain major issues in San Francisco that are difficult to address due to their underground nature.

She said San Francisco ranks among the top cities in the country for child sex trafficking and in order to combat the illegal behavior, police need San Franciscans to report anything that seems off.

“Rely on your gut,” Murase said.

Murase said residents should be on the lookout for different men coming and going out of a residence or even a nail salon with too many workers living in the back of the house.

She encouraged San Franciscans to report suspicious activity to the police department’s non-emergency line at (415) 553-0123 so that officers can investigate before it’s too late.