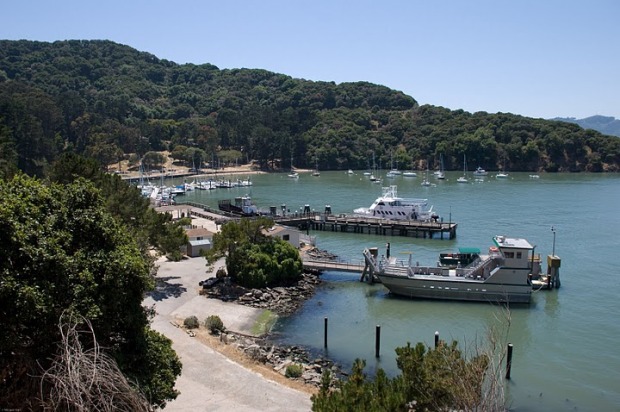 Shipping companies and dockworkers are stepping up their rhetoric as contract talks for workers at 30 West Coast ports, including those in the Bay Area, have dragged into a ninth month.

Robert McElrath, the president of the International Longshore and Warehouse Union, which represents port workers, issued a statement today in which he alleged that the Pacific Maritime Association, which represents shipping companies, is threatening to shut down West Coast ports, bargaining in the news media and “distorting the facts.”

The PMA said in a statement that it has made a new five-year contract offer to port workers that is “designed to bring contract negotiations to a close after nearly nine months.”

PMA President Jim McKenna said in a videotaped statement that, “It’s time to conclude negotiations and get our ports working again.”

McKenna said, “The slowdowns must stop because we’re truly close to gridlock.”

McElrath, speaking on behalf of dockworkers, alleged that McKenna “is a man who makes about one million dollars a year telling the working class that we have more than our share.”

McElrath said, “Intensifying the rhetoric at this stage of bargaining, when we are just a few issues from reaching an agreement, is totally unnecessary and counterproductive.”

McElrath also said that although the PMA claims that ships can’t be unloaded at West Coast sports because docks are too congested due to a lack of dock space, the ILWU has taken photographs that show that “there are acres of asphalt just waiting for the containers on those ships and hundreds of longshore workers ready to unload them.”

McKenna said full-time ILWU workers already earn an average of $147,000 a year and under the PMA’s contract offer they would see their wages rise about 3 percent per year along with fully-paid health care benefits that would cost employers $35,000 per worker annually.

In addition, the maximum pension for port employees would rise to nearly $89,000 a year, he said.

Despite the strong language on both sides, ILWU spokesman Craig Merrilees said contract talks are continuing today at the PMA’s headquarters at 555 Market St. in San Francisco.

Merrliees said the talks rotate every week between the PMA’s office and the ILWU’s hedquarters at 1188 Franklin St. in San Francisco.

The Port of Oakland, which isn’t involved in the negotiations, issued a statement on Wednesday saying that, “The West Coast waterfront labor impasse needs to be settled quickly.”

Port officials said, “Everyone is suffering. If the situation worsens, if West Coast ports shut down, the U.S. economy and the global supply chain will be jeopardized and in the Bay Area 73,000 jobs that depend on the Port of Oakland will be at risk.

“The impasse is good for no one. It is time to reach agreement on a new contract and put the disruptions and delays behind us,” the Port’s statement said.