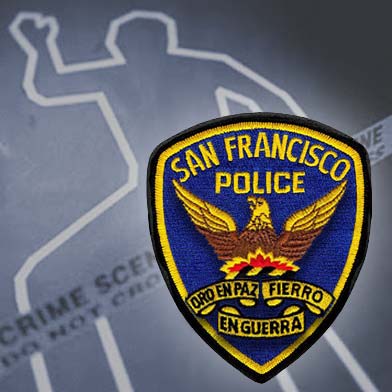 Two were injured in a stabbing reported around 2:55 a.m. in the 500 block of Francisco Street in the city’s North Beach neighborhood, San Francisco police Sgt. Monica MacDonald said.

Two men were in a fight and one pulled out a knife and stabbed the other in the head. Another man intervened to try to break up the fight and was stabbed in the back, MacDonald said.

Both victims suffered injuries that are not considered life-threatening. The suspect fled and had not been found as of this morning, the sergeant said.

Then at about 3:50 a.m., officers responded to a stabbing reported in the first block of West Portal Avenue aboard a Municipal Railway bus, MacDonald said.

A suspect said something to the victim and then fled off of the bus. Another person pointed out to the victim that he was bleeding and he realized he had been stabbed in the leg, according to MacDonald.

The victim was taken to San Francisco General Hospital to be treated for his injuries and is expected to survive, she said.

No descriptions were immediately available for the suspects in either of the stabbings, MacDonald said.

Anyone with information about either case is asked to call San Francisco police at (415) 575-4444 or can send a tip by text message to TIP411 with “SFPD” in the message.