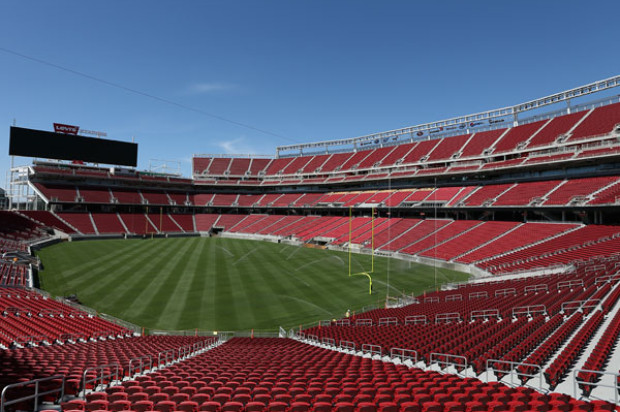 A delegation from the Bay Area is in Arizona for the Super Bowl this week learning all they can in preparation for hosting the big game themselves at Levi’s Stadium in Santa Clara next year.

The group of about 18 people with the Super Bowl 50 Host Committee joined a few dozen public safety officials from San Francisco and Santa Clara on the trip to Glendale, Arizona, to see how that city is handling the crowds and attention, host committee spokeswoman Stephanie Martin said from Arizona today.

The Bay Area committee is well into its planning stages at this point after being chosen in 2013 to host the 50th Super Bowl. This will be the second Super Bowl committee staff has attended — they traveled to East Rutherford, New Jersey, last year with a much smaller staff.

But visiting Arizona grants even more perspective as it is the third Super Bowl held in the Phoenix metropolitan area.

Martin said today that the committee has already learned a lot about logistics, security, transportation and creating an excellent fan experience from their hosts in Arizona and expect to learn even more as Sunday’s game approaches.

Today, the festivities are really kicking off with the opening of “Super Bowl Central,” a free fan village with entertainment, music, shopping and other activities. Martin said the village was unique to Arizona and included a climbing wall reminiscent of the Grand Canyon.

“This is a tremendous opportunity to showcase everything the Bay Area has to offer,” Martin said.

The committee has also been attending fireworks shows and the lighting of the Super Bowl roman numerals. They have been taking photos of everything and gathering all the information they can.

Martin said she and her fellow committee members will be watching the New England Patriots take on the Seattle Seahawks on Sunday, but she’s isn’t sure whether they’ll be watching the game live at University of Phoenix Stadium.

Bruce previously was president of San Rafael-based Sportsmark Management Group, a firm that coordinated hospitality programs for the Olympics and the Super Bowl.