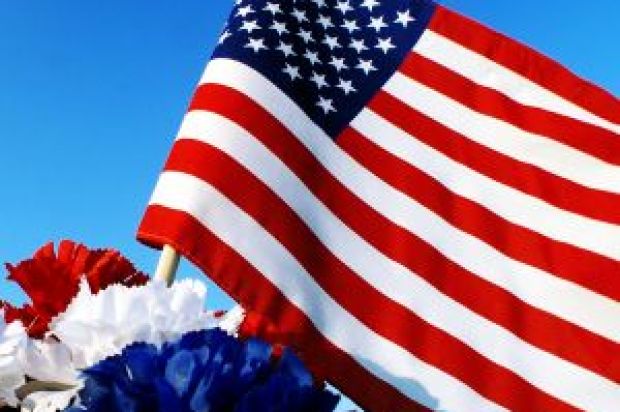 Numerous restaurants in San Francisco are honoring veterans with free meals today to show appreciation for their service to their country and in celebration of Veterans Day.

Today, veterans can receive a free entrée at Olive Garden in Stonestown Galleria at 3251 20th Ave., plus unlimited soup, salad and breadsticks.

At the California Pizza Kitchen at 53 Third St., veterans can choose a free entrée of pizza, pasta or salad.

Veterans can order a free sandwich, side and a drink from Bacon Bacon Café located at 205A Fredrick St. or via their food truck at SoMa Streat Food Park at 428 11th St.

All veterans, including homeless veterans, can enjoy the free meals today. Some establishments may require proof of military service.

Although the number of veterans living without a home has dropped significantly both in San Francisco and across the country in recent years, there are national and local efforts still working toward the goal of eliminating veteran homelessness by 2015.

Since the White House began a comprehensive national strategy to prevent and end homelessness called Opening Doors in 2010, the number of homeless veterans in the United States has dropped 33 percent, according to White House officials.

Roughly 50,000 of the country’s estimated 578,000 homeless persons are veterans of the U.S. military, according to a 2014 homelessness report released by the U.S. Department of Housing and Urban Development.

In San Francisco, out of a homeless population of approximately 7,350, roughly 1,260 are veterans continuing to experience homelessness, according to the San Francisco Department of Public Health’s Project Homeless Connect.

Among the main ways the White House has worked to decrease the veteran homeless population is through the issuing of housing vouchers, according to White House officials.

Since 2008, about 70,000 housing vouchers have been given to veterans around the country, providing them with stable housing.

Among the not-for-profit veteran service organizations where homeless or at-risk veterans can receive critical services and meet with counselors is via Swords to Plowshares located at 1060 Howard St., Monday through Thursday on a drop-in basis between 9 a.m. and 11:30 a.m. or by appointment from 1 p.m. to 5 p.m.