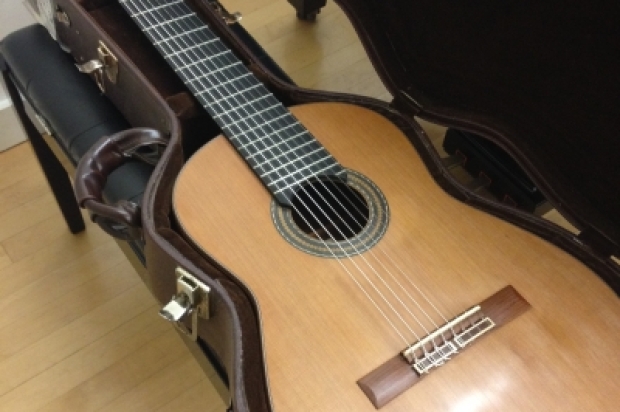 The San Francisco Conservatory of Music announced today the theft of two guitars each worth thousands of dollars stolen from the school’s fifth floor.

Stolen were a 1992 Michael Thames eight-string guitar and a 1983 Smallman guitar. The instruments owned by the school have been appraised at $5,000 and $25,000, respectively.

The loss of the guitars “cuts to the core of what the school is all about,” Conservatory of Music spokesman Sam Smith said.

The conservatory has one of the top guitar programs in the world, Smith said. One of the stolen guitars has eight strings, which is unusual for a classical guitar.

Students and faculty are serenaded by the guitar each day at the school because the guitar is the only instrument school officials allow to be played outside of practice rooms. Students can play them in the hallway if they want to.

The San Francisco Police Department was not immediately available for comment today. The theft is under investigation, and Smith said police have not announced any suspects.

According to the school, a man who appears to be Caucasian wearing jeans, a red sweater and snow cap in still photos of video footage from security cameras entered the main doors of the school at 50 Oak St. around 1:46 p.m. on Nov. 9. He left through the same doors at 2:07 p.m. with the guitars, according to photos stills.

A student reported the theft at about 3:30 p.m. on Nov. 9. The student is sure he secured the locker where the guitars were kept prior to leaving the night before the theft.