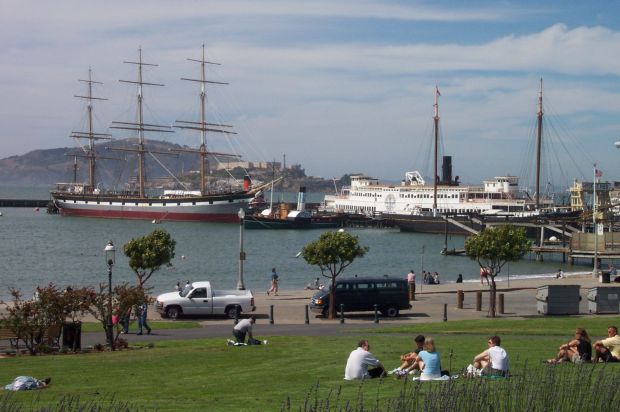 The San Francisco Maritime National Historical Park is proposing to double its entrance fees for adults and annual park passes, representatives from the park said today.

The national park, located on the edge of San Francisco Bay, operates and maintains historic boats and ferries dating from as early as 1886.

Representatives said they would first hold a public open house, create an online forum, and use social media to reach out to stakeholders and discuss the proposed entrance fee increase before it goes into effect in 2015. The open house is scheduled for Tuesday, Oct. 28.

Park spokesman Lynn Cullivan said the current $5 entrance fee for adults has been in place since 2000, when it was increased from $3. The park is proposing to increase the fee to $10 and to increase the annual park pass from $20 to $40.

Entrance fees are waived for people under the age of 16, along with those who have an America the Beautiful National Parks pass or a federal recreational senior, access or military pass.

Cullivan said he was not able to immediately provide information related to the park’s operating costs or expenses.

“The money from our entrance fee, which is essentially a boarding pass to explore our fleet of National Historic Landmark vessels, helps preserve our cultural resources, improve our public facilities, and provide more educational (and fun) opportunities for our visitors,” Hendricks said in a statement.

Cullivan said admittance fees had been used in the past to develop a California K-8 curriculum-based Junior Ranger program at the park, install a fire detection system aboard the 1886 sailing ship Balclutha, create an audio-visual program in the visitor’s center, repair lights on Hyde Street Pier, and upgrade the public restrooms.

The park also serves as an important economic engine, Cullivan said. The park’s 4.1 million spent $95 million in 2012 in local shops, eateries and hotels and supported more than 1,000 jobs, he said.

The open house is scheduled to take place on Oct. 28 from 4 p.m. to 7 p.m. in the General’s Residence at 1 Fort Mason, in San Francisco.

A description of the proposed fee change, as well as a form to submit comments immediately can be accessed online at http://parkplanning.nps.gov/proposedfee.

More information about the park is available at http://www.nps.gov/safr/index.htm.