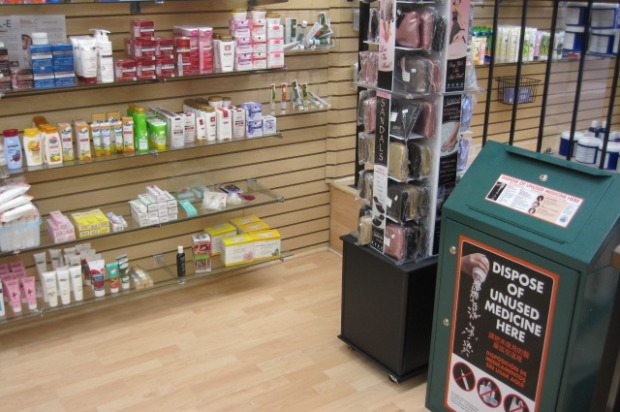 San Francisco Board of Supervisors president David Chiu introduced legislation today that would require pharmaceutical companies distributing their drugs within the city to fully fund and administer a permanent citywide drug take-back program.

The proposal for the legislation comes after last month’s ruling by the 9th U.S. Circuit Court of Appeals that upheld a similar ordinance in Alameda County after three pharmaceutical and biotechnology associations challenged it. That ordinance requires medicine manufacturers who sell their drugs in Alameda County to provide bins where medication can be thrown away, according to the lawsuit.

San Francisco police Chief Greg Suhr said the law would help keep controlled substances off the streets, out of the hands of addicts and help to prevent accidental overdoses.

According to the Centers for Disease Control and Prevention, nearly 15,000 people die every year as a result of overdoses involving prescription painkillers.

Suhr said that those who manufacture and distribute the medicine should be responsible for disposing of it properly and that taxpayers shouldn’t have to bear the burden, which they currently do.

He said the program will not only benefit the health and safety of the community, but will also protect the environment.

Suhr said the program will create public awareness about the dangers of having medicine lingering around the home and about the harms associated with improper disposal.

The ordinance expands upon the city’s existing medicine disposal pilot program that began two and a half years ago. It will make producers responsible for unused or leftover medication.

The San Francisco Department of the Environment has run the pilot program with pharmaceutical companies contributing 40 percent of the funding.

The legislation introduced today would require pharmaceutical companies to foot the entire bill for the take-back program and split the costs equally amongst themselves.

San Francisco Department of the Environment director Debbie Raphael said that the law would require pharmaceutical companies to inform the public about the negative impact on water that can occur when medicine is flushed down the toilet or poured down the drain.

Raphael said that the product stewardship program has resulted in 18.5 tons of medicine being taken out of homes in the first 26 months of the operation.

Chiu’s legislative aide Samantha Roxas said that under the pilot program, 13 take-back locations have been established in addition to the 10 police stations that collect narcotics and illegal drugs.

Roxas estimates that in order to meet the drug disposal demand in the city, the pharmaceutical companies should administer about 50 or 60 drop-off locations.

Maggie Johnson, a residential toxics reduction coordinator at the San Francisco Department of the Environment, said once drugs are collected in bins at the take-back locations, they are loaded onto trains and shipped via rail to a waste disposal plant in Maryland that has a Environmental Protection Agency-approved incinerator.