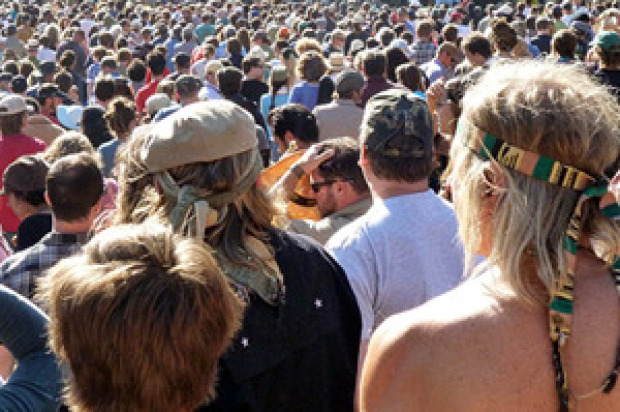 The family-friendly festival features a wide-range of musical styles including jazz, country and alternative rock, in addition to bluegrass.

Founded by the late Warren Hellman, Hardly Strictly Bluegrass is now in its 14th year.

On Friday morning, from 10:30 a.m. to noon, musical acts The Aquabats and P.M.W. will entertain thousands of Bay Area middle school students.

The student-centric event will be held in conjunction with the Daniel Pearl World Music Days, an international network of concerts that harness the power of music to spread tolerance and hope throughout the world, according to event organizers.

According to the San Francisco Recreation and Park Department, the festival will feature a pop-up museum in Hellman’s honor. The museum will display memorabilia collected over Hellman’s lifetime, as well as mementos from past Hardly Strictly Bluegrass festivals.

Much of JFK Drive and surrounding streets in Golden Gate Park will be closed during the festival days and festival-goers are advised to take public transit, bicycle or walk as traffic in the area is expected to be heavy and parking will be extremely limited.

Additional Muni bus service and Golden Gate Park shuttle service will be running and extensive bike parking will be available.

Over 50 vendors will be selling food and drink at the event. While alcohol will not be sold at the festival, beer and wine in non-glass containers are allowed inside the park, according to event organizers.

The full festival lineup and additional information can be viewed at hardlystrictlybluegrass.com.