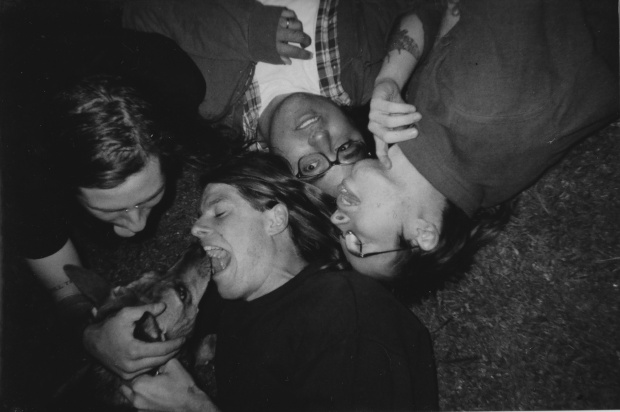 Cory Thomas Hanson has a ridiculous voicemail. It’s his voice in the standard format of who you’ve reached and what you should say after the tone, but it’s a good octave lower and with the dragging cadence of a cowboy resigned to just make a cogent voicemail greeting already. Speaking with Hanson directly, it’s clear that his voicemail is just another one of Wand‘s magic tricks. Wand, the band that Cory fronts, is multi-layered and a product of his wariness towards the electronic scene. Before the band he was “mostly making electronic music.”

“As electronic music got more popularized in a very specific way, I realized that what I’m into is not very danceable and I kind of grew out of it. I got really into the Chemical Brothers and started adding in all these psychedelic rock drummers into my music: Bill Wood, John Bonham, and I soon realized that I was making a rock record so I got a band together,” Hanson tells the Appeal.

Psychedelia is but one marker of Wand’s aesthetic. A self-described band of nerds, the four piece is heavily influenced by fantasy, particularly J.R.R Tolkien. “Flying Golem” is an obvious nod to the LOTR author, along with expansive, world-building album art. As for the subject matter of debut LP Ganglion Reef, Hanson goes deep.

On the surface, Wand is making all the right moves for a quick ascent: signed by SFian Ty Segall to God? Records, Wand recently embarked on their first major tour with Segall, a brotherly figure with similar creative energy. The experience helped broaden Wand’s reach. They found their footing in large venues, kept their comfort in smaller clubs, and soldiered on despite some technical difficulties. A particularly rowdy show at New Orleans’ One Eyed Jacks left Hanson with a broken guitar and twenty four more shows to go.

“The crowd energy just reached a fever pitch and I’d never seen it like that [in NOLA]. At the end of my set I ended up crowd-surfing and people were covering me in booze. I came back onstage and that’s when my guitar snapped perfectly in half,” Hanson says. “I found a luthier in Nashville who glued it back together. As far as broken guitars go, things worked out pretty well.”

Hanson is hopeful Wand’s penultimate show on their first tour proves just as electric. “I’ve been to SF so many times. For a little while, I was there at least two to three times a month for eight months when I was playing with other bands. It’s always been good. I can’t think of a single bad show there,” Hanson says.