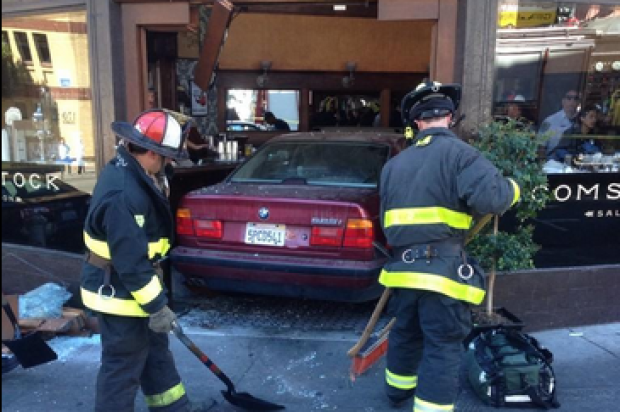 A man who crashed a vehicle into a bar in San Francisco’s North Beach neighborhood this afternoon was arrested on an outstanding $250,000 warrant from Sacramento County, police and fire officials said.

Two people in the bar were injured, as was the driver, whose name was not immediately being released. The driver was then arrested on the outstanding $250,000 warrant for the sale of narcotics, San Francisco police spokesman Officer Albie Esparza said.

The two other people injured were taken to a hospital with what is believed to be minor injuries, San Francisco fire spokeswoman Mindy Talmadge said.

Talmadge said the car went through the doors of the bar and did not appear to cause any major structural damage to the building.