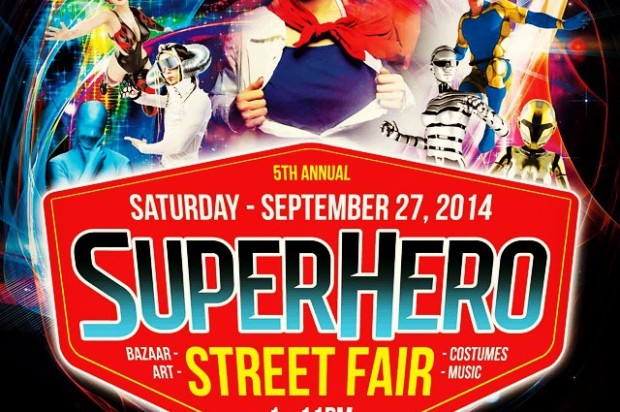 The all-day street fair is being held in an industrial area alongside the Islais Creek Channel, just south of Cesar Chavez Street, according to the event’s website.

The outdoor fair, in existence for five years, consists of seven sound stages with music styles such as drum and base, dubstep, and reggae, among others.

In addition to music and colorful costumes designed by fairgoers, the event features exhibits by the Cartoon Art Museum, Mission Comics and more.

The Superhero Street Fair website states the goal of the event “is to recognize individuals and organizations throughout San Francisco for their outstanding contribution to the arts, environment, and/or community action, and to have a day of music and cultural celebration welcoming all people of San Francisco and beyond.”

The entrance to the fair is in the 1700 block of Indiana Street and the event goes until 11 p.m.