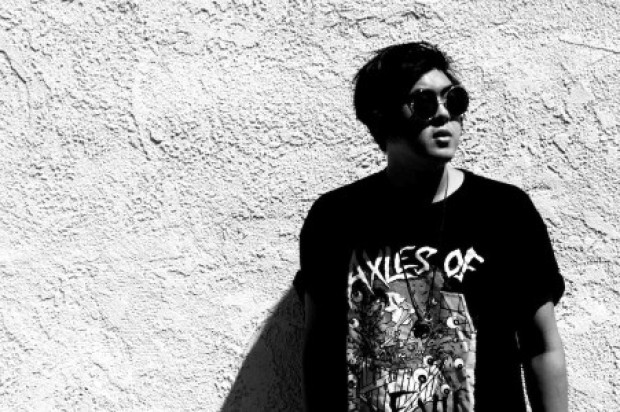 Congratulations, SF: you’ve snagged another fantastic musician for your musical landscape. GRMLN frontman Yoodoo Park is set to make a permanent move to the city by the bay once his most recent west coast tour wraps up. “It’ll happen sometime in August,” Park tells the Appeal.

GRMLN has a strong creative history in the Bay Area, with their first full-length album, Empire, being recorded at iconic Mission District studio Different Fur. Their first foray into a more pop punkier sound, Empire was written and recorded in perhaps the most comfortable space for Park and co.

“[Different Fur] is probably the most homey place for writing. It’s very comfortable and more informal than most studios, where you really can’t hang out as much,” Park says. “Patrick, the owner, has always made us feel at home.”

Settling on a single location hasn’t been easy for the jet-setting band. Originally born in Kyoto, raised in SoCal, and schooled in Santa Cruz, Park’s decision to settle in the city was born of the same inspiration that informed GRMLN’s forthcoming album, Soon Away.

“A lot of friends passed away this past year and it really got to me. These were young people. It’s people dying young that made me push for more,” Park says. “Musically, the lyrics are deeper. For me, it’s more of a concept album. I’m trying to write about darker subjects but keep things upbeat. It’s a gnarly contrast.”

Park tends to take a more cerebral approach when penning lyrics or analyzing the flow of a live show. He finds bands that play at one solid speed to be overwhelming and says GRMLN’s performance tonight at the Rickshow Stop will further echo that contrast seen on Soon Away.

For that reason, it comes as little surprise that Park’s time spent at UCSC was enrolled in their psychology program. He plans to return to Santa Cruz to finish school but, in the meantime, is completely focused on music, even more so than when he started.

“I used to get really messed up for shows and if I did drink too much, I would talk too much. I had a show in SF as a freshman in college and it was a short set but I talked for 10-15 minutes of it. Now, I can handle it,” Park says proudly.