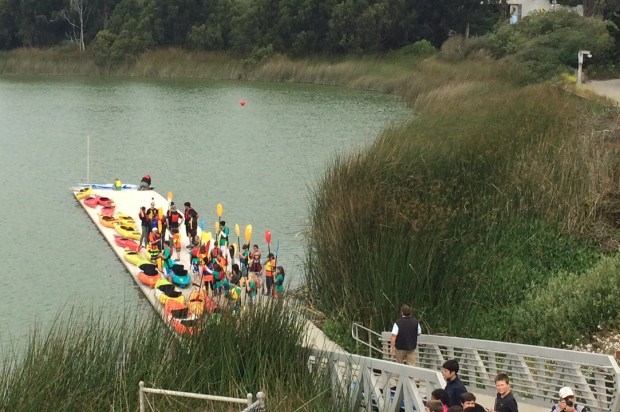 The Lake Merced Boat House in San Francisco reopened today after a $3.2 million renovation upgrading the interior and exterior of the facility.

“Lake Merced is a major water, recreational and natural resource for San Franciscans and our visitors,” said Phil Ginsburg, general manager of the San Francisco Recreation and Park Department, in a news release. “We are excited the newly renovated boat house will become a welcoming community hub for those who enjoy water activities and natural areas at Lake Merced.

The Boat House, which is used primarily by local rowing clubs, had been closed since last fall, according to Connie Chan, deputy director of public affairs for the Recreation and Park Department.

The renovations include upgrades to finishes, equipment, lights, fixtures and fire alarms, reconfigured interior spaces and new decking on the exterior balcony. There is also a new accessible exterior concrete ramp as well as new landings and landscaping, Chan said.

Lake Merced is the largest freshwater lake in San Francisco and is located in the city’s southwestern corner in a 614-acre park that also contains a fishing pier, picnic areas and a boat launch.