Appealing TV: Matador, The ESPYs, and You’re the Worst

24: Live Another Day Dating Naked Kids Choice Awards Sports 2014 Married Matador MLB All Star Game 2014 Rush Sanjay and Craig Satisfaction Say Yes to the Dress: Atlanta The ESPYs The Lottery You're the Worst by Paolo Sambrano | July 14, 2014 8:46 am | in Culture | 0 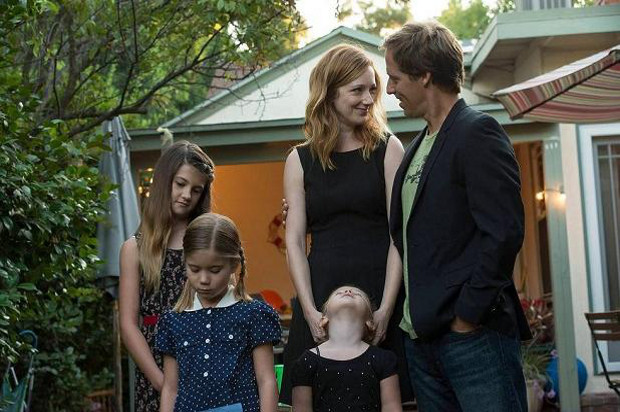 This week the 2014 Primetime Emmy nominations were released! After after the outcry on Twitter (snubs! snubs! snubs! EVERY-BODY), I have come to the conclusion that award nominations are a lot like getting a substitute teacher at school. You think the sub is going to be chill and just let everybody coast for the day, but all of a sudden this sub is giving everybody work, and demands to be taken seriously as an education professional.

Sons of Anarchy creator Kurt Sutter also uses an education metaphor in his essay on NikkiFinke.com on Sons of Anarchy being snubbed, which kind of validates my own metaphor.

Monday, July 14
24: Live Another Day (9pm, FOX, season finale)
Well, you done it again, Jack Bauer. You sure lived another day, huh? Complete with baffling plot twists, Game of Thrones’ Catelyn Stark (Michelle Fairley) getting flung out the window, the President being fake killed in a drone strike in an empty soccer arena, and so on and so forth. Jack, you definitely are back.

Tuesday, July 15
MLB All Star Game 2014 (7:30pm, FOX)
Well, after the A’s went 3-1 against the Giants last week, the Oakland A’s will be fielding six (seven, if you count recently acquired Jeff Samardzija going on the National League team) players on the American League team, with the Giants sending two players to the National League team for this year’s All-Star game, which being a person who came of age in the 90’s means I am legally bound to mention San Jose locals Smashmouth’s 1999 hit All-Star.

Matador (9pm, El Rey, series premiere)
Matador is the second original production to spring from Robert Rodriguez’s El Rey Network’s loins, and frankly, it just might be crazy enough to work. After watching the trailer, I was half expecting the Police Squad theme song to start playing. All you really need to know is that DEA agent Tony Bravo is recruited by a secret branch of the CIA in order to infiltrate the LA Riot soccer team. YES. YES. YES. At best, this is artisanal 90’s Saturday afternoon action fare (think Hulk Hogan in Thunder in Paradise tier), but if anything, this show has given us Alfred Molina doing an amazing Diego Maradona impression. I should include Molina’s character bio, as taken as-is from the El Rey site, without context:

POLISHED AND SOPHISTICATED, GALAN IS THE BILLIONAIRE OWNER OF THE LA RIOT. A MAN WHO MADE A FORTUNE IN TELECOMMUNICATIONS, HE’S SUSPECTED OF HAVING USED HIS PERSONAL NETWORK OF SATELLITES TO ASSIST IN ESTABLISHING A ONE-WORLD GOVERNMENT. UNDER COVERT INVESTIGATION BY A SUPER-SECRET BRANCH OF THE AMERICAN GOVERNMENT, GALAN HAS NO IDEA THAT TONY BRAVO, HIS NEW STAR PLAYER, IS AN UNDERCOVER AGENT.

According to dispatches from the TCA in LA, this has already been renewed for a second season.

Wednesday, July 16
The ESPYs (9pm, ESPN)
I never really got what the point of the ESPYs was as far as an award show for sports goes. Having Drake host certainly is a play for the pop-culture types.

Thursday, July 17
Kids Choice Awards Sports 2014 (8pm, Nickeloden)
This is probably the most sports I have ever talked about since I start writing Appealing TV, and the sheer reason this is included is to make it a sports hat trick (hat trick? that’s a “sports” thing, right?) Might as well lean into the skid. The sports centric spin-off of the long running Nickeloden Kids Choice Awards will have former New York Giant Michael Strahan as host, which, looking at it purely from the host’s perspective, makes this way harder than the ESPYs.

Dating Naked (9pm, VH1, series premiere)
Go ahead VH1, by all means do a naked dating show. We are currently in a naked people on TV zeitgeist, so this was bound to happen, sure. But for god’s sake, don’t call stunt-y shit like this a social experiment. An experiment has things like a hypothesis! Look what happened to CW’s Famous in 12, they called themselves a social experiment and got canceled in five episodes. Scientific method, motherfucker, do you speak it? Anyway, who says romance is dead?

Rush (9pm, USA, series premiere)
The newest slate of USA programming reminds me of a teenager that is going through puberty. It tries to shed off its old identity of breezy blue sky affairs as a rush of hormones floods its body, and it all of sudden becomes a sullen, moody, and withdrawn teenager who insists on leaving their headphones on at all times and won’t stop talking about flawed characters. Rush looks like a cross between Royal Pains and Ray Donovan, as a bad boy doctor who serves LA’s money’d and dark-secret-having clientele. Rush, you need to stop hanging out with Ray Donovan, he’s a bad influence.

Satisfaction(10pm, USA, series premiere)
The second new series debuting on USA on Thursday is Satisfaction, which explores what happens when a well-to-do couple starts cheating on each other, and what exactly it means. For like, uh, marriage, and uh, modern relationships, and stuff. In keeping with my “USA is a teenager going through puberty” metaphor, Satisfaction is like a teenager finding their parents’ stash of marital aids and can’t reconcile that their parents ever have sex because ew gross.
“USA, sex is completely normal, your father and I are known to get intimate with-“
“EW GROSS MOM I DON’T WANNA HEAR IT”

Married (10pm, FX, series premiere)
Nat Faxon and Judy Greer in a single camera sitcom about the harsh realities of married, midlife suburban life with three kids? Sign me the fuck up.

You’re the Worst (10:30pm, FX, series premiere)
You’re the Worst acts as a sort of counterpoint to the lived-in relationship that Married is portraying, as we see narcissistic Jimmy (Chris Geere) hook-up with cynical Gretchen (Aya Cash) who proceed to fall in love with each other, despite being the worst.

Friday, July 18
Say Yes to the Dress: Atlanta (9pm, Lifetime)
There is pretty much nothing happening on Friday night, so this is me defaulting and using this entry as a reminder to expand my marriage service footprint (ordained minister of the Universal Life Church, y’all) and register PaoloSambranoWillMarryYou.com because it says what I do (marry people) on top of sounding like a veiled threat. Also because PaoloSambranoWillMarryTheFuckOutOfYou.com just sounds like I will drain the sexual energy out of newlywed couples after marrying them.

Saturday, July 19
Sanjay and Craig (10:30am, Nickeloden, season premiere)
Sanjay and Craig comes to us from Will McRobb and Chris Viscardi, the creators of the seminal The Adventures of Pete and Pete (as someone who came of age in the 90’s I am legally obligated to swoon wistfully whenever Pete and Pete comes up). Sanjay is an Indian kid who is best friends with a talking snake (voiced by Mr. Talking Dead Chris Hardwick).

Sunday, July 20
The Lottery (10pm, Lifetime, series premiere)
This is Lifetime though? In a Children of Men-esqe dystopian future of 2025, women are mysteriously infertile, but after 100 embryos are miraculously fertilized, America decides to hold a lottery to determine the women who will carry the children to term. Hey Lifetime, I’ll take any excuse to use a Simpsons screencap featuring The Lottery, so thanks!