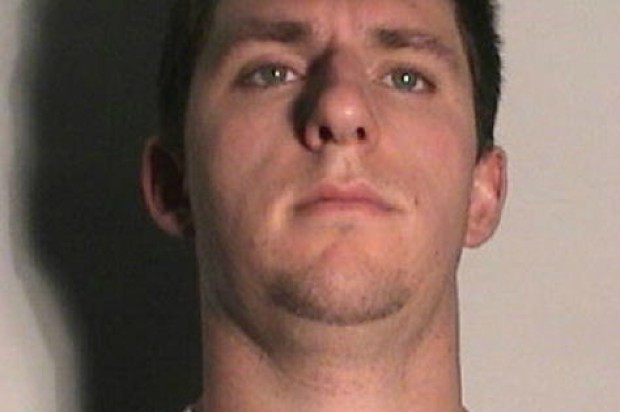 Former BART police Officer Johannes Mehserle testified in a civil trial in federal court in San Francisco today about the chaotic scene when he arrived at Oakland’s Fruitvale BART station platform before he shot and killed 22-year-old Oscar Grant III.

He drew his Taser almost immediately on arriving shortly after 2 a.m. on Jan. 1, 2009, and was told to watch six men, including Grant, who were already detained against a wall of the platform, Mehserle testified. He said he drew his Taser because two other officers had already drawn theirs.

Grant’s father, Oscar Grant Jr., is seeking unspecified damages from Mehserle for the wrongful death of his son and denying their familial relationship.

His father has been serving a prison term in Solano County since 1986 and the extent of his relationship with his son has already been a contentious issue in the trial.

One issue discussed by attorneys this morning was whether Grant, who was released from prison a few months before the shooting, was legally permitted to visit his father in prison.

A three-judge panel of the Ninth Circuit Court of Appeals cleared the way for Oscar Grant Jr. to proceed with the lawsuit in 2010. He has been allowed to attend the trial while still in state custody.

Mehserle testified during a 2010 criminal trial that he had meant to reach for his Taser to subdue Grant but accidentally drew his gun and shot Grant in the back as he lay face-down on the platform while restrained by another officer.

The incident was captured on video by other BART passengers and distributed widely, prompting riots in Oakland. Mehserle was eventually convicted of involuntary manslaughter and was released from jail in 2011.

Mehserle said today that he had felt comfortable drawing his Taser after practicing it during his training.

McCoy questioned Mehserle on whether he was racially profiling the group of young black men that officers had already detained without questioning before he arrived.

Mehserle said he had never before been in a situation where he came upon a group already detained against a wall and took out his Taser with no explanation, but tried to clarify that he didn’t have time in the chaotic scene.

Prior to arriving at Fruitvale station, Mehserle had been involved in a police response to an incident at the West Oakland BART station in which the officers had found a gun in a suspect’s pocket, he testified today.

Asked whether finding a weapon had put him under stress, Mehserle responded, “I wouldn’t consider myself stressed out.”
Mehserle is scheduled to continue his testimony at 8:30 a.m. Friday.