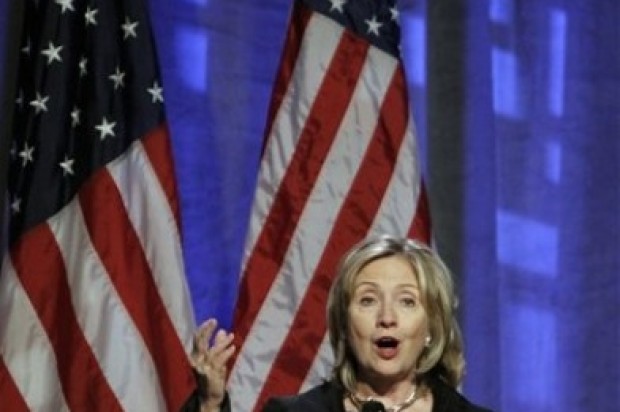 Former Secretary of State Hillary Rodham Clinton will be speaking Wednesday evening at the Orpheum Theatre in San Francisco as part of a nationwide tour to promote her new book, “Hard Choices.”

Clinton, who is considering running for president in 2016, will also sign copies of her book Thursday morning at Book Passage in San Francisco’s Ferry Building.

“Hard Choices” is a memoir of Clinton’s four years as President Barack Obama’s secretary of state and the foreign policy challenges she faced during her term.

Clinton previously served as a U.S. senator from New York and was the nation’s first lady from 1993 until 2001.

Environmental activists plan to greet Clinton’s Wednesday evening appearance with a polar bear mascot outside the Orpheum Theatre to emphasize the dangers of climate change and urge her to oppose construction of the Keystone XL tar sands pipeline, a controversial project opposed by environmental groups.

Clinton has not taken a position on the pipeline, which would bring tar sands oil directly from Canada to the United States.

Clinton’s talk at the Orpheum Theatre begins at 7 p.m. Wednesday; tickets are available on the theater’s website, and each audience member will receive a copy of her book.

Tickets, available on the bookstore’s website, cost $40 and include the chance to meet Clinton and receive a signed copy of her book.