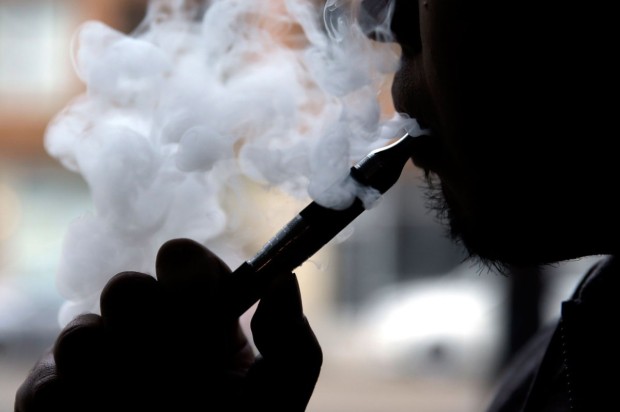 If Congress passes it, the Stop Selling and Marketing to our Kids E-Cigarettes Act, known as the SMOKE Act, will extend U.S. Food and Drug Administration regulations against marketing cigarettes to children to e-cigarettes.

“With flavors like gummy bear, cotton candy and chocolate cake, our kids are literally vaping these things up,” Speier said in a news release. “With ads using sex and sex appeal, our teens are lusting after these objects. It’s time to regulate these products and protect our children.”

Speier’s legislation is part of a growing movement to regulate e-cigarettes similarly to regular cigarettes.

In San Francisco, people can only smoke e-cigarettes in locations where regular cigarette smoking is allowed, under new city legislation passed in March.

“The new law is a common sense policy for San Francisco that regulates the smoking of e-cigarettes in the same way that cigarettes are already regulated,” San Francisco Supervisor Eric Mar, who sponsored the bill, said in a news release today.

The Santa Clara County Board of Supervisors also took steps in March to ban e-cigarette use and sales in places where cigarettes are already banned.

Health officials say further regulation is necessary to prevent e-cigarettes from being dangerously marketed to children and teens.

“These facts are indisputable: nicotine is addictive, e-cigarettes are unregulated nicotine delivery devices and the e-cigarette industry is targeting our youth,” Dr. Tomas Aragon, director of the Population Health Division at the San Francisco Department of Public Health, said in the release.

The Tobacco Vapor Electronic Cigarette Association, an e-cigarette industry group based in Georgia, supports efforts to prevent marketing to minors.

“We’ve been against that since day one,” said CFO Tom Kiklas, who said his group has been active on the issue.

Speier will introduce the SMOKE Act in Congress on Monday.