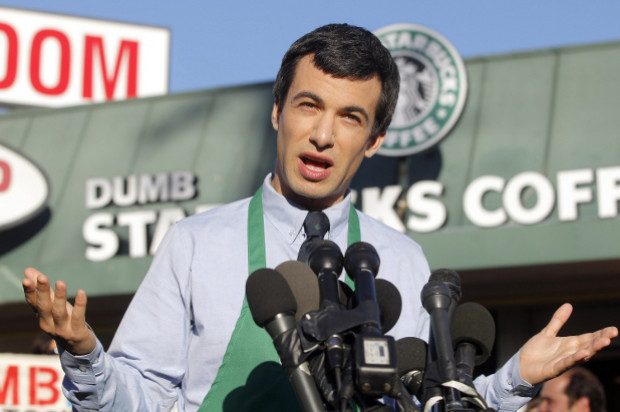 Monday, June 30
Under the Dome (10pm, CBS, season premiere)
I honestly thought this was going to be a one-and-done kind of summer miniseries deal last year, but I guess not. This story of a town stuck under a dome, based on the over 1500 page Stephen King novel, means we’re in for another year of awful ‘dome sweet dome’ puns and objects being bifurcated in CG fashion. But this also means another year of Dean Norris (Dean Norris, roam free!) on TV, and this season features an episode written by Stephen King himself.

Friday, July 4
If your block doesn’t ever sound like the Tet Offensive every Fourth of July, and you’re not bothering to try and peep real life fireworks, television can help! Your choices for patriotism in colored explosion form as follows:

And I’m sure local news outlets will be broadcasting the firework show out of Pier 39.

Sunday, July 6
The 90’s: The Last Great Decade (9pm, National Geographic, series premiere)
“What’s the deal with Desert Storm?”
“Remember pagers? Remember how the only people who would have pagers would be doctors and drug dealers?”
“Flannel.”

Witches of East End (9pm, Lifetime, season premiere)
You see there are these witches, and they’re from the East End. And by judging by the promotional clip they’re super into 90’s Marilyn Manson.

One time I went on an OK Cupid date with a girl who ended up giving me a tarot card reading and I asked her if Mercury Retrograde could skew the results and she said that was astrology and she wasn’t familiar with it and boy did I feel ignorant.

The Ultimate Fighter: Team Edgar vs Team Penn (10pm, Fox Sports 1)
The UFC President has gone on record saying that this season of The Ultimate Fighter has been the worst in its history. Capping off the unfortunately named “Red, White and Fight Week” on Fox Sports 1, the main event features former champions Frankie Edgar and BJ Penn fighting for a third time, but at 145 pounds, with Edgar winning the last two engagements.

What I am trying to say is that you are probably better off watching bizarre EA UFC animation glitch videos and maybe DVRing the Edgar/Penn fight for later.