Appealing TV: Orange Is The New Black, Longmire, and Power 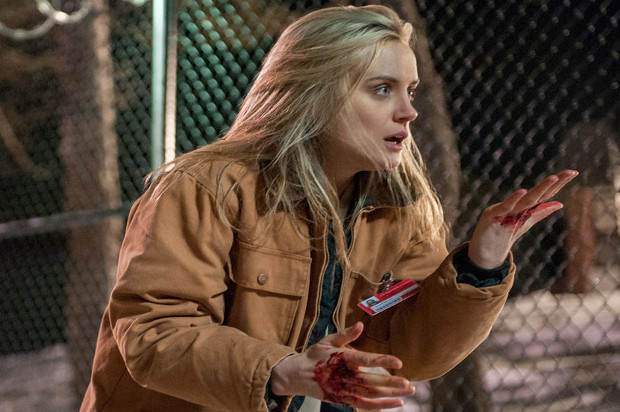 This week, I’ll be in Austin, TX for the third annual (or third season if you nasty) Austin Television Festival! Among a packed schedule of panels and screenings (among other things, the world premiere of FX’s The Strain) I am personally hoping to get to the bottom of something that has been gnawing at me for the last couple of years. Does Justified take place in the same universe as Nickelodeon’s 90’s sitcom Hey Dude? Graham Yost, showrunner on Justified was a writer on Hey Dude, and both shows will be featured at the festival (Hey Dude is having a reunion, in fact). Does this also mean, if Yost is Executive Producer to The Americans, that The Americans is a prequel to Hey Dude? Am I trying to force my bullshit millennial Buzzfeed fueled nostalgia onto this man in order to create some kind of Yost-verse where everything is connected? Where does Speed, Boomtown, and Raines fit into this equation?

Monday, June 2
Longmire (10pm, A&E, season premiere)
I didn’t think much of Longmire when it first premiered a couple of years ago. All I knew was that Katee Sackoff and Lou Diamond Philips were in it, and that it looked to be a western tinted crime procedural in the vein of Justified. My interest was piqued when Tony Tost, a writer on the show, wrote a piece on why the TV audience ought to be watching this modern day cowboys and Native Americans show set in Wyoming, based on the Walt Longmire series of books by Craig Johnson.

Mistresses (10pm, ABC, season premiere)
This American adaptation of the UK series of the same name featuring Alyssa MIlano and Yunjin Kim (Sun from LOST!) is supposed to be this easy, breezy, sexy, soapy thing.

Tuesday, June 3
Famous in 12 (8pm, The CW, series premiere)
Brought to you by Harvey Levin, and the fine (read: awful) folks at TMZ, Famous in 12 will track the progress of an entire family moving to LA and using social media in order to mine for the ethereal substance which lubricates the gears of this stage of human existence, fame. All of this will happen in twelve weeks and will be beamed directly into our eye holes. This is akin to those pictures teachers post asking the social media landscape at large to RT this photo in order to demonstrate how pervasive social media is nowadays. Touted as a social experiment, this is most likely as much a social experiment as leaving a McDonald’s hamburger to rot is a science experiment.

Wednesday, June 4
Through the Wormhole with Morgan Freeman (10pm, Science Channel, season premiere)
Speaking of science, Cosmos is ending this Sunday, and until my second favorite astrophysicist Mike Tyson DeGrassi gets his own science show, you can count on Morgan Freeman to pick up the sexy voice science slack. Here’s Morgan Freeman on helium, by the way, just ’cause.

Jennifer Falls (10:30pm, TV Land, series premiere)
In this riches to working class rags story, My Name is Earl’s Jaime Pressly is forced to move back in with her mother (Jessica Walter, being Jessica Walter) after losing her high-paying job. This television year has spotlighted a bunch of people moving in with their parents (or vice versa), and while none of them seem to stick (looking at you, Dads), this seems to make my own living with my family (screw you I pay rent) situation feel like less of that of a Serbian war criminal.

Thursday, June 5
Party Down South (10pm, CMT, season premiere)
A chicken fried Jersey Shore that entered the collective stomach of the television watching society like fingers plunged into the esophagus to induce vomiting.

Saturday, June 7
Power (9pm, Starz, series premiere)
Executive Produced by 50 Cent, this is not a dramatic, gritty re-imagining of the rise of Vitamin Water or the struggle with baseball pitches. It is probably not about turning down the titular power either (Remember: TURN DOWN FOR WHAT). It’s about the challenge of going legit in the business world when the illicit drug world just keep dragging you back, man. Expect lots of meditation on and teeth gnashing about hustling/the streets. I’d be more interested if G Unit would reunite to do a limited series retelling of the 2008 video game, 50 Cent: Blood on the Sand. Get Steven Soderbergh to direct all the episodes.

Sunday, June 8
The 68th Annual Tony Awards (8pm, CBS)
With Hugh Jackman hosting, he better do the opening number of the Tony Awards shirtless and swole or we riot. I mean, did you see him in Days of Future Past?

Miss USA 2014 (8pm, NBC)
As TLC demonstrates, there is a segment of people there who think that pageants are still a valid thing. Because they celebrate things like poise, living life and balance (the kind of balance used in bullshit inspirational clip art to inspire people to do yoga and eat kale). All I’m saying is thaw me out of cryogenic slumber when Ms. Multiverse 20XX (oops even trying to think of the exact year made my nose bleed and exploded my puny dome piece that still thinks of time in linear concepts) occurs.

Cosmos: A Spacetime Odyssey (9pm, FOX. season finale)
Bravo to everybody involved in this follow-up to the original 1980 limited series. While bringing Cosmos and science back to prime-time television doesn’t give Seth MacFarlane a pass for A Million Ways to Die in the West (okay, low blow), shoutouts to MacFarlane, because let’s be honest here, this wouldn’t have gotten made without his clout. Not to mention this has only illustrated the appalling lack of science education/understanding in this country.

Veep (10pm, HBO, season finale)
This season of Veep has probably the strongest season so far of the political comedy, with the comedic ensemble of barely likable, barely competent staff of the Vice President (played with aplomb by Julia Louis-Dreyfus) reaching its full potential.