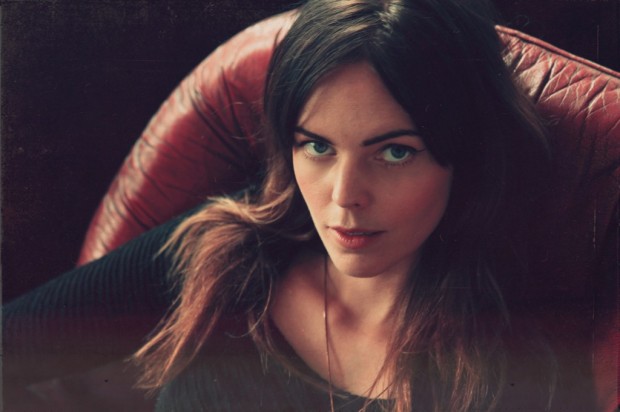 It’s all too often that, when you ask musicians if they’re excited about the next city on their tour, they’ll feign interest and enjoyment just as generically as if you asked them how it feels to be touring at all. For I Break Horses frontwoman Maria Lindén, there’s a genuine enthusiasm to her love of San Francisco.

“Being [in San Francisco] and playing up there, I get this crazy feeling. Our last show in the city, the audience was just the loveliest crowd. I’m working the few seconds that I have on my laptop in the car to plan a really special show there,” Lindén tells the Appeal.

The Swedish group is currently on their first headlining tour, an especially impressive feat given Lindén’s previous stage fright, which dates back to her youth. She grew up around music, initially pursuing classical piano. As Lindén recalls, though she loved the instrument, recitals proved difficult.

“I started playing classical piano at a young age and always had spring concerts,” Lindén says. “I’d do a piece at home and it was like running water. It was effortless. But then I’d get onstage and the piano would turn into a black and white mess.”

That anxiety carried over into her professional career with I Break Horses. It wasn’t until she embarked on a tour supporting M83, then Sigur Ros, that Lindén truly felt the trepidation leave her. Intimate shows gave way to larger, arena performances and a continued exposure therapy.

Repetition is what helped, in part, inform I Break Horses’ latest album, Chairoscuro. The name evokes contrast, a play on light and dark. Its sense of juxtaposition even extends to composition, where I Break Horses are at their synthiest yet. Lindén says she’d love to incorporate orchestral arrangements into her music as well, adding a bit of analog to the digital palette she’s grown accustomed to.

Though I wasn’t able to get much detail on what she had planned for I Break Horses’ San Francisco show, one can only surmise that it may come with a bit of strings. Catch all the surprises and hits of I Break Horses when they hit the stage tonight at the Independent. Purchase tickets here.