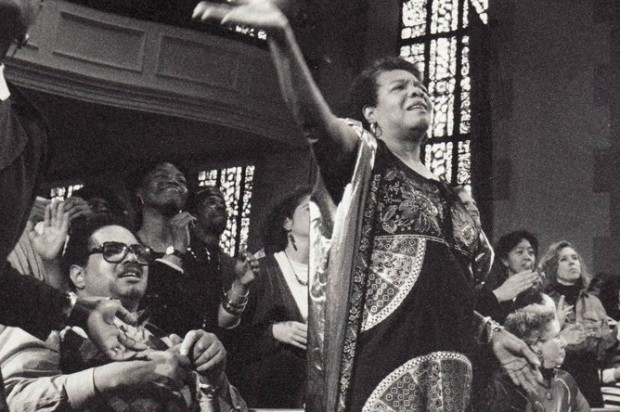 The poet and author Maya Angelou, known for her many books and autobiographies, including her 1969 work, “I Know Why the Caged Bird Sings,” passed away today at the age of 86.

While she was well known for her literary achievements, Angelou, born Marguerite Johnson in St. Louis, was also a singer, actress, civil rights activist and, according to the author herself, San Francisco’s first black female streetcar conductor.

Angelou moved to the Bay Area when she was a young teenager and, according to her story told through her books and in interviews over the years, became a streetcar conductor at the age of 16 in San Francisco.

She likely was not the first black employee, but one of the first, according to the group.

Angelou famously persevered at securing the summer job by waiting at the railway company offices for two weeks until she was eventually hired despite her race and gender.

Into her 80s, Angelou was an active speaker and lecturer, and attended numerous events in San Francisco and the Bay Area throughout her career.

She had read her work at the historic black-owned bookstore Marcus Books in San Francisco’s Fillmore District long before storeowners were evicted earlier this month and performed at many ceremonies, including a more recent one honoring the Rev. Cecil Williams at Glide Memorial Church in the city’s Tenderloin neighborhood.

A Glide spokeswoman said Angelou was the honorary host of many holiday events at the church and was good friends with Williams. She had been scheduled to attend a December event, but was too ill to make it to the church. In lieu of her presence, she made a 10-minute video clip that was shared with churchgoers.

Angelou’s likeness is preserved in a bronze sculpture in Oakland’s Henry J. Kaiser Memorial Park near the Fox Theater.

The sculpture, depicting 25 humanitarian icons, was unveiled in 2011 in the same city where Angelou had moved with her mother at the age of 14 from the South. She went on to attend high school in San Francisco.

“Her example of grace, class and humility will continue to inspire young women to define themselves through a lens of self-love, humanitarianism and how they use their gifts to change the world,” Lee said.

“While the world mourns her passing, we can take comfort in the fact that her words and her legacy lives on in generations of people who have been touched, challenged and inspired by her work,” she said.