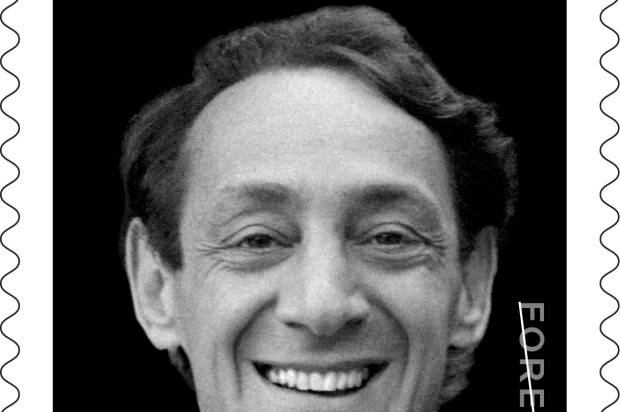 May 22 was designated as “Harvey Milk Day” in California in 2009 and this year a special dedication ceremony will be held at the White House in Washington, D.C., to mark the official first-day-of-issue of a stamp bearing his face and name.

Milk was 48 when he was gunned down. Moscone was 49. Thursday would have been Milk’s 84th birthday.

At the White House ceremony, the stamp with Milk’s iconic smiling face taken by local photographer Dan Nicoletta will be dedicated. Milk’s family members, including his nephew and head of the Harvey Milk Foundation, Stuart Milk, will attend the ceremony.

Nicoletta, the photographer who knew Milk from his days running his Castro Street camera shop, will also attend.

The stamp, which includes rainbow striping on the top left-hand corner, will be available for purchase at post offices nationwide starting Thursday morning, according to USPS spokesman Mark Saunders.

Saunders said the design came about after efforts through the Harvey Milk Foundation and other supporters, such as the National Gay and Lesbian Task Force, to get Milk on a stamp.

“There was a lot of letter writing,” he said.

Saunders said the postal service receives about 40,000 stamp design suggestions every year, which a committee reviews and narrows down to about 20 topics.

The U.S. postmaster general eventually approved the Milk stamp and the Forever stamp will now be in circulation.

Another Harvey Milk stamp dedication ceremony will be held in San Francisco next Wednesday.

The celebration will be held at City Hall at 3:30 p.m. The two separate events came at the request of Milk’s family, who wanted to be able to attend both gatherings, Saunders said.