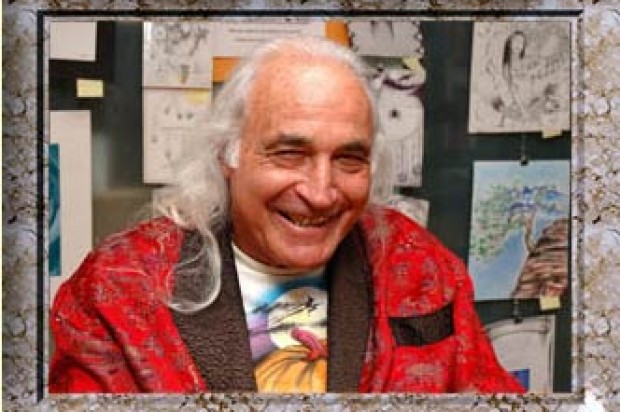 The notorious Chinatown gangster Raymond “Shrimp Boy” Chow has decided to hire a new legal team — the third such change since his arrest in March — that includes renowned defense attorney J. Tony Serra, according to court documents.

The federal court filing obtained by the Appeal states that Serra along with attorneys Greg M. Bentley and Curtis L. Briggs will be “appearing on behalf” of Chow, who is scheduled to be arraigned in federal court on Tuesday. Wrapped within a much larger five-year investigation into a criminal conspiracy which allegedly trafficked weapons and dope as well as laundered money — and included State Senator Leland Yee and 27 others — Chow has been accused of laundering money, and conspiring to sell stolen booze and cigarettes.

From what Briggs, one of Chow’s attorneys told the Appeal, it sounds like Chow plans to put the government on trial. “This is a case that’s about police misconduct,” Briggs told the Appeal.

“It’s a highly political case where it appears that the Chinese community was targeted. It was a four year investigation in regards to our client, after reviewing the affidavit the evidence will show that he did nothing wrong.”

Initially the court assigned Chow to Susan Falk, a federal public defender. But due to a conflict of interest — other people indicted by the US Attorney’s office are also being defending by public counsel — that appointment was only temporary, and Martha Boersch was eventually asked to represent the gangster — a choice that apparently wasn’t satisfactory to Chow.

Typically, there are two reasons for electing to hire private counsel, according to legal scholar David Levine of UC Hastings. First, if the defendant can afford private counsel they should hire it, Levine said. And second, in a large case such as this, especially one with so many defendants, it’s likely there will be numerous conflicts of interest — too many for a single legal office such as the federal public defender’s to take on.

Funding and conflicts aside, the other thing Chow will likely benefit from after hiring Serra and company is service, according to Richard Tamor, a criminal attorney familiar with the federal court system. “You’ll get quickly returned phone calls, on the weekends, and a lot of hand holding and explaining,” he told the Appeal. But, he said that in terms of legal representation, a publicly appointed lawyer will do just as good a job as a private attorney.

Chow’s chief lawyer, Serra, is a San Francisco character. Sentenced to 10 months in federal prison for tax evasion in 2005—a protest of sorts over American foreign interventionism—the attorney has a lengthy history of defending “scores of controversial and unpopular clients” as well as numerous criminal cases including: Huey Newton, Dennis Peron, Ellie Nelson, members of the Sumbionese Liberation Army, Hell’s Angels, and Black Panthers. True Believer, a 1989 legal drama based on a Chinatown gangland murder, saw James Woods playing a character based on Serra. Also an outspoken cannabis advocate, Serra has built his practice into an unconventional workplace made up of a a handful of independent attorneys.

Perhaps an iconoclast like Serra will be a good match for Chow, who isn’t your typical “live by the sword, die by the sword” gangster. Dubbed “Shrimp Boy” by his grandmother on account of his stature, Chow has been in and out of prison numerous times over the last couple decades — serving time for racketeering, armed robbery among other things. The alleged leader of the Ghee Kung Tong and admitted criminal claims that he’s put past behind him, working with “at-risk” youth and has become an “active” member of the Chinatown community.

Hiring Serra was likely a signal that Chow intends to “put on a very vigorous defense,” Levine said. “If you were planning to cut a plea deal you might want to pick someone who would do a better job shmoozing with the US Attorney.”

According to one of Chow’s lawyers, the accused gangster does indeed intend to take the case to a jury trial. “Raymond Chow is a social justice advocate, he spent an enormous amount of time and energy improving conditions for children and people in the community, bringing people together, speaking in schools and trying to help people better themselves in positive and (was) wrongfully targeted by law enforcement,” Briggs told the Appeal.

“Mr. Chow insists on taking this to a jury, and that the community, his legal team, and his family will do everything necessary to ensure he will have a fair trial.”