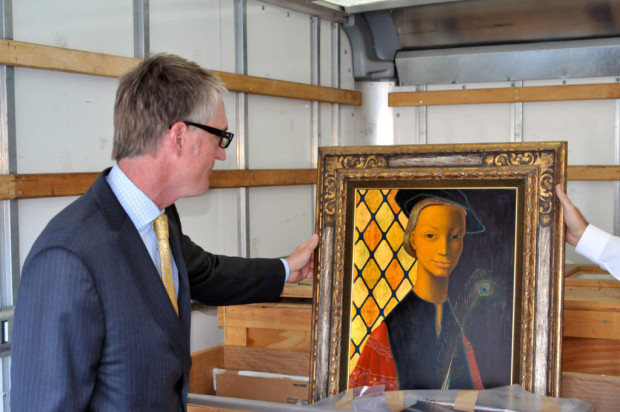 FBI agents from San Francisco returned 75 paintings considered to be cultural artifacts and national treasures to Poland’s Ministry of Culture on Thursday following an investigation into the missing art, federal officials said.

Late artist Hanna “Kali” Weynerowska was associated with the Polish underground resistance during World War II, according to FBI officials.

After the war, Weynerowska continued to work as a painter and traveled the world until she immigrated to San Francisco.

Weynerowska died in 1998 and her paintings were missing for 16 years. Only recently were her paintings located in a storage facility under safe keeping by a member of her family.

The paintings will be housed and displayed at The Polish Museum in Rapperswil, Switzerland.

“Preserving our past is priceless and we were honored to be a part of this quest to get these paintings finally home,” FBI Special Agent in Charge David J. Johnson said in a statement.

Among the most notable paintings returned were “Boy on Donkey,” “Boy with Rooster,” “Pacheco Pass,” “Rafaelito,” “The Cobbler” and “Walking a Bird.”