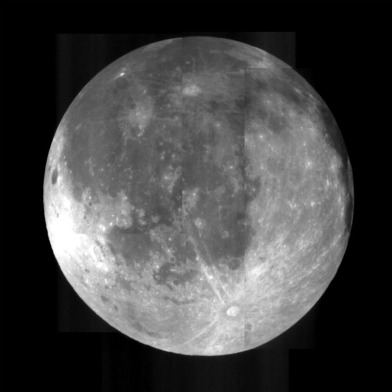 Bay Area stargazers are in for a late-night treat tonight when the moon passes behind the Earth’s shadow and leads to a total lunar eclipse.

Tonight’s celestial event is the first eclipse of the year and is sometimes called a “blood moon” because of the red appearance of the moon’s surface when the moon is completely covered by the Earth’s shadow.

The moon will not disappear because sunlight will filter through the edges of the Earth’s atmosphere and reach the moon’s surface, similar to the effect during the sunset or sunrise.

This natural phenomenon will occur around midnight in the Bay Area when the sun, Earth and a full moon are in line.

The partial eclipse should be visible just before 11 p.m., while the best viewing time will be around 12:45 a.m. The total eclipse will end around 1:25 a.m.

In the Bay Area, if clear skies prevail, viewers can look up or go to various viewing events to see the eclipse.

At the Chabot Space and Science Center in the Oakland hills, a lunar viewing party will start at 9 p.m., in time for the official start of the eclipse at 9:53 p.m.

“Anyone who can view the full moon tonight can see the eclipse,” Burress said.

He recommended using binoculars to enhance the view.

However, the “disappearing” moon will not be visible until later.

Chabot’s observation deck, located at 10000 Skyline Blvd., will stay open for the late-night event. Staff astronomers and other specialists will be available to explain the eclipse and large telescopes will make for better lunar viewing.

Footage of the moon will also be streamed on the center’s website at http://www.chabotspace.org/nellieCam.htm.

In Vallejo, amateur astronomers can head to Mare Island, where the eclipse can be viewed from the Mare Island Shoreline Heritage Preserve’s Visitors Center.

The preserve will open at 4 p.m. for hikers and bikers and there will be a moonlit nature walk to a hilltop vantage point at 8 p.m.

Others can meet at the Mare Island Naval Cemetery at 9 p.m. to catch all phases of the eclipse.

Viewing the eclipse might be difficult in the cloudy Bay Area, according to National Weather Service meteorologist Charles Bell.
Bell recommended going to higher elevations to catch the sight, such as the East and North Bay hills.

Those in San Francisco and nearby cities should head eastward. He said areas out past Antioch and eastern Contra Costa County should have better visibility.

“If you are in the city, conditions don’t look good for most of the week,” Bell said.

NASA will provide online coverage of the eclipse at www.nasa.gov/nasatv.