Hundreds turned out in San Francisco this morning to tour the BART train of tomorrow. But not everyone was on board with what they saw.

BART Board President Joel Keller proudly showed off some of the features of the new, 30,000-pound aluminum-body model train car, on display in Justin Herman Plaza.

The new cars, scheduled to begin service in 2017, will have quieter doors, easy-to-clean vinyl-covered seats with lumbar support, additional intercom systems to improve communication between riders and train conductors, and LED screens for next-stop information. 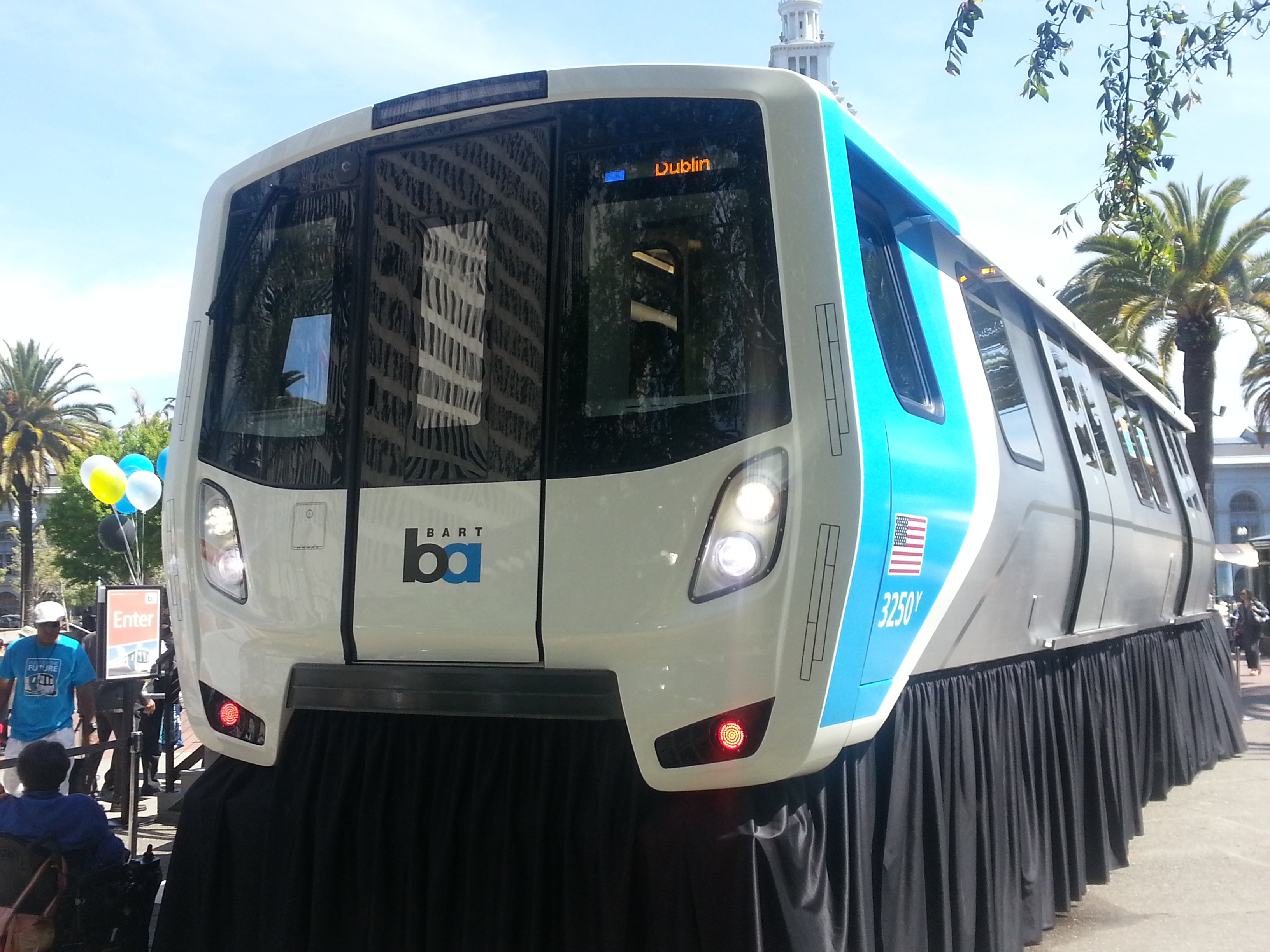 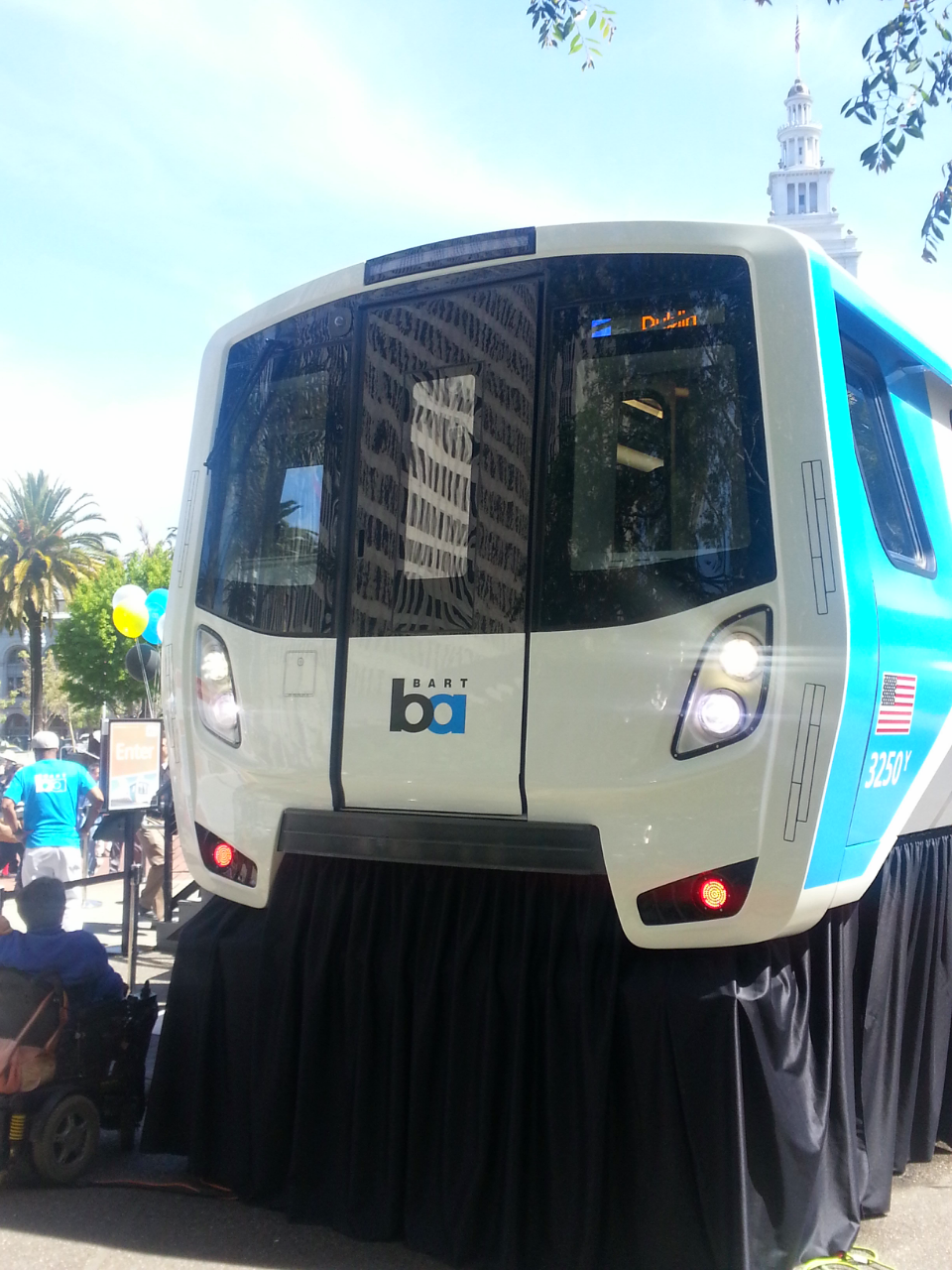 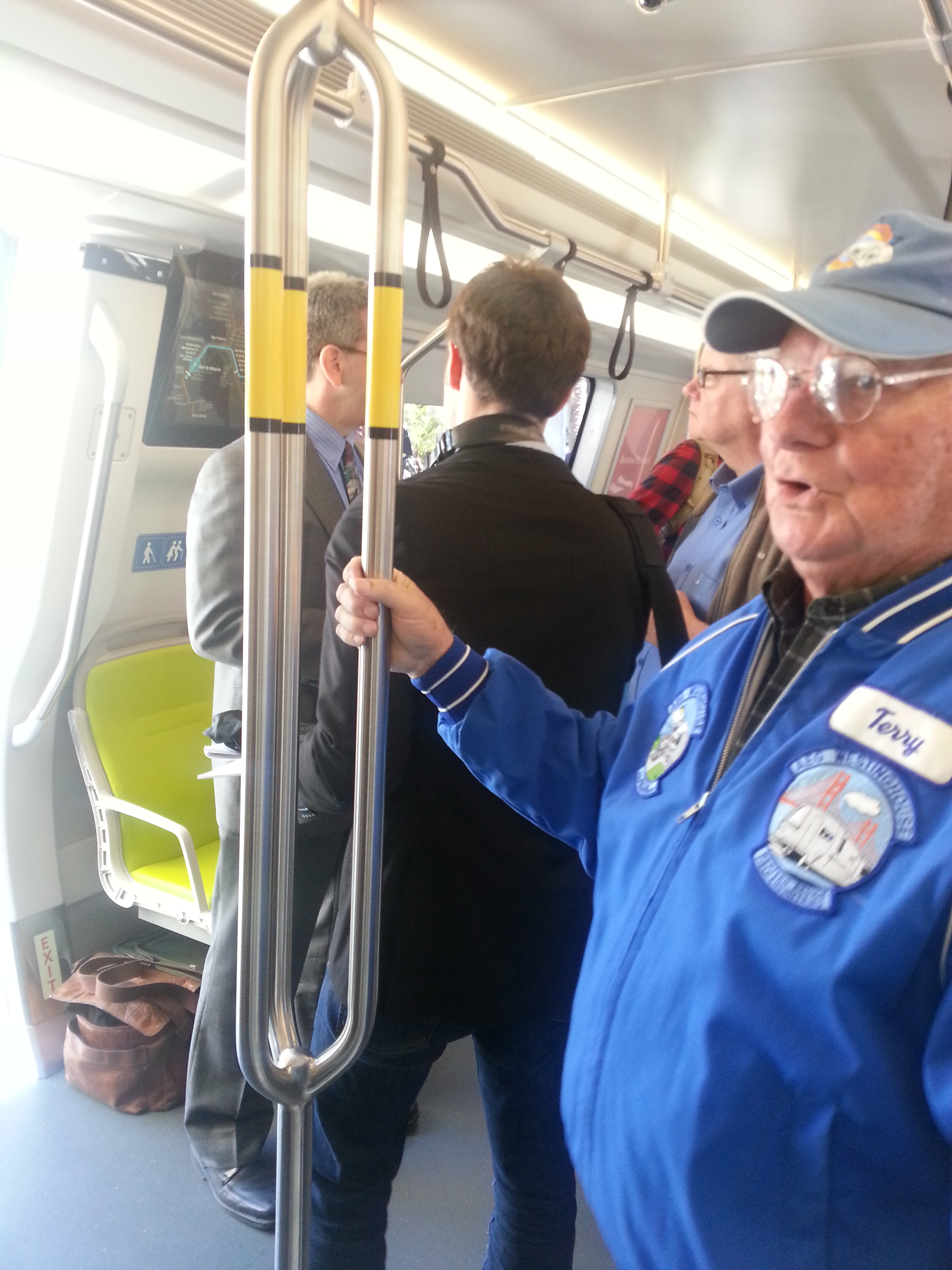 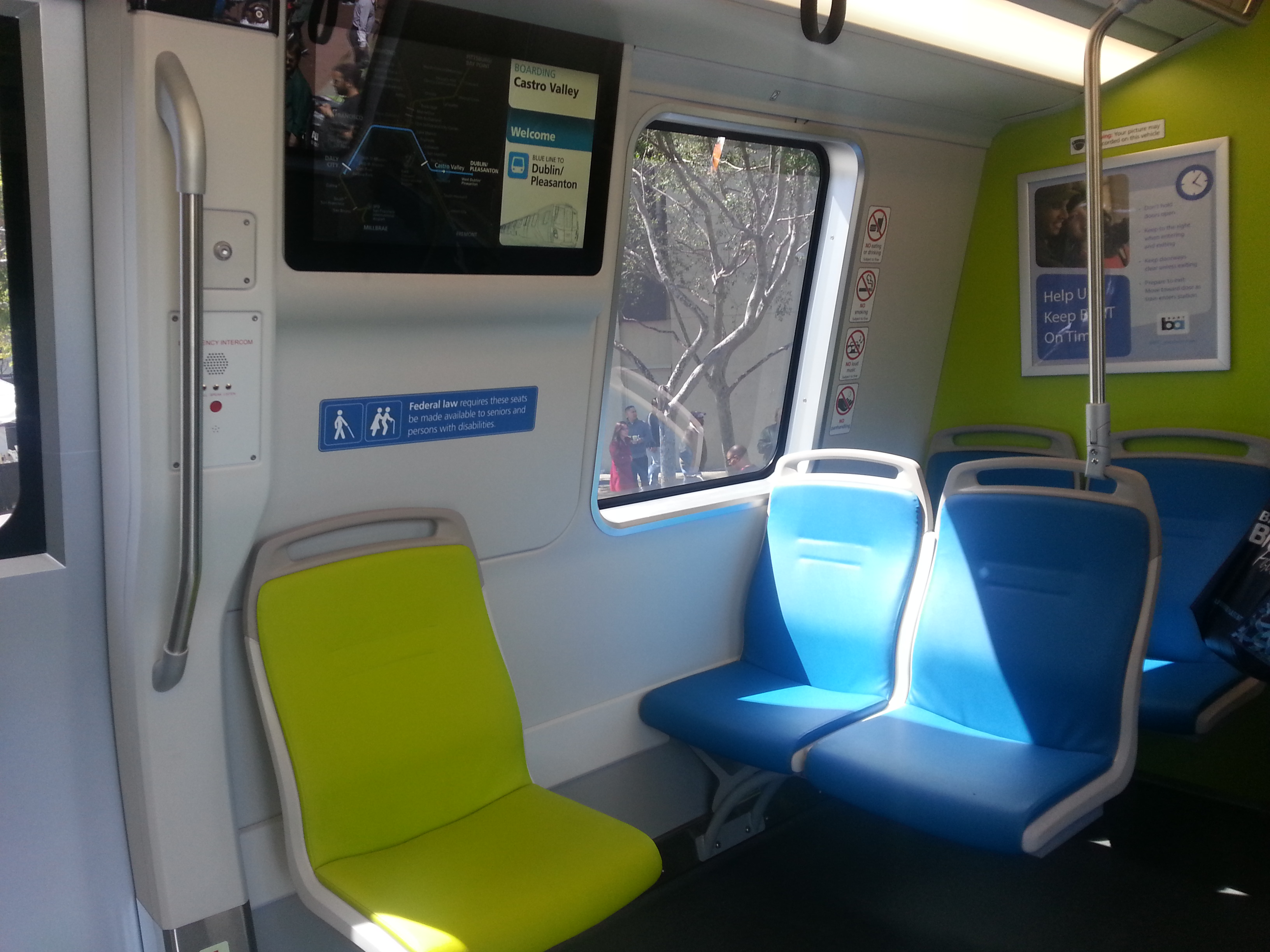 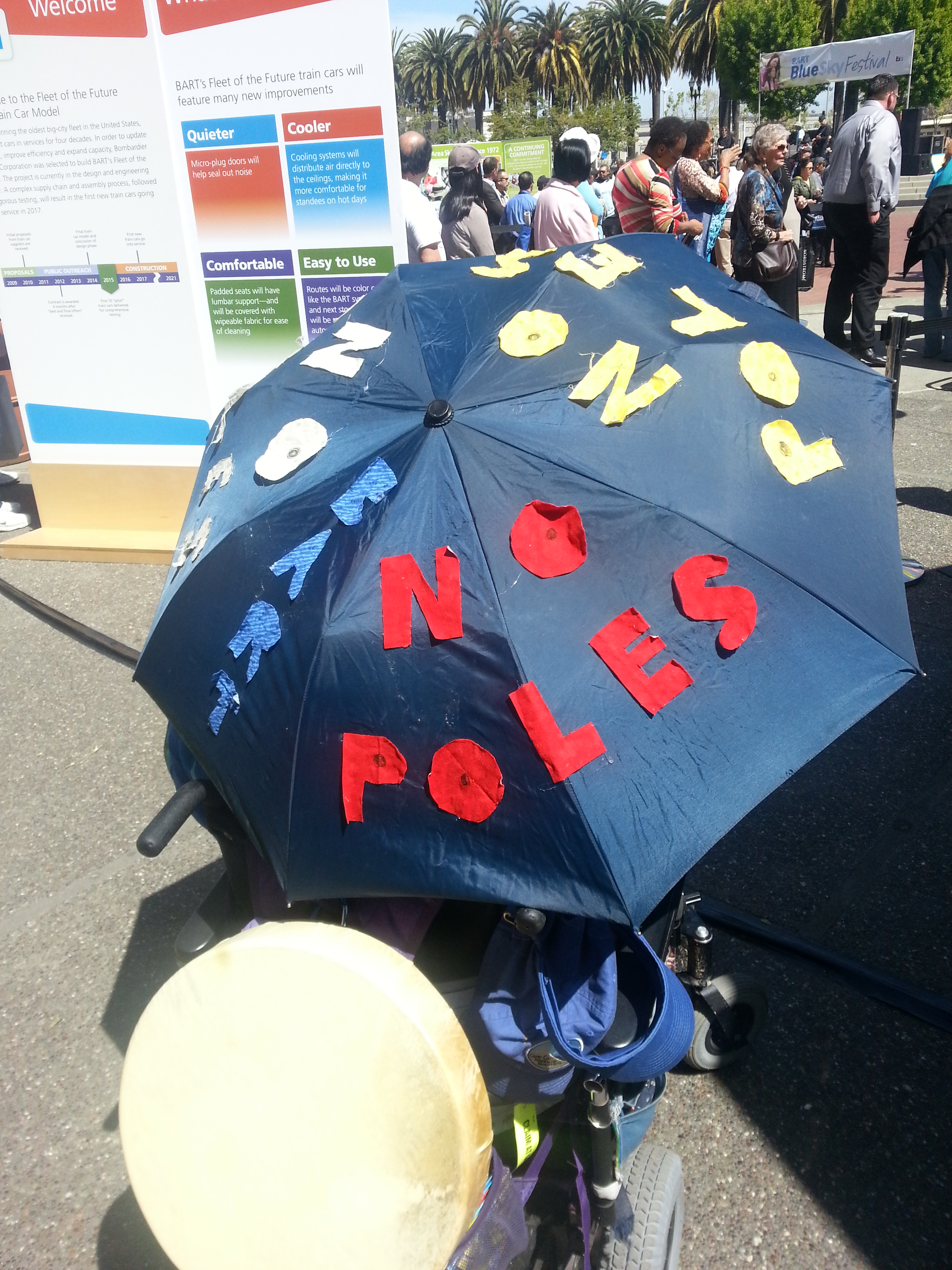 Officials are also testing a system to transmit train announcements directly to hearing aids and cochlear implants. Chief Marketing Officer Aaron Weinstein said BART is going to be one of the first transit systems in the country to use that feature.

The newer cars will also have as many as 12 priority seats for seniors and the disabled – an improvement over the eight available now.

Disabled riders were out in force this morning, however, to protest some features of the new design.

“The new seats don’t have the right pitch,” said Lisa Maria Martinez of Lighthouse for the Blind. “If you have a service animal right now, any guide dog user can tuck your dog right under the seat. These new seats don’t allow for that. So the dog will have to be in the aisle on the floor where everyone’s standing.”

But Keller said the new seats are actually a bit higher than the old ones, to allow people to store things underneath.

Disabled-rights groups out today were also objecting to a vertical handrail near the doors for people to hold onto when they can’t find seats.

“The pole will be in the way,” said Roland Wang, a wheelchair-bound San Francisco resident, said after his tour of the train car this morning. “Me getting in here, I had to really focus not to bump into anything and navigate about the train. So, it’s a big concern.”

Keller said that the BART board is sensitive to this particular concern.

“Look, this is something that we have to be mindful of the needs of a lot of different riders. I don’t think anybody in the BART system wants to deny people in wheelchairs access to our system. But I think many people want to provide an additional amenity to provide safety, particularly to seniors,” Keller said.

He also said that BART wants to continue to meet with people who are advocates for both seniors and for the disabled, to see if they can find a compromise.

San Francisco resident Miguel Peralta, who is able-bodied and rides BART every day, said he’s a fan of the new hand-hold because the trains are often overcrowded. “It splits into three, so more people can grab onto it. It’s a little more thoughtful than the old system,” he said.

The fleet of the future will hopefully help with overcrowding as well.

Though the new cars are only expected to have 54 seats – a reduction from the current 58 – there will be more cars in the fleet. Today there are 669 train cars. BART has already ordered 775 new cars, and hopes to find the funding to order a total of 1,000. If they are successful, it will mean an estimated 38 percent increase in available seats for BART’s 400,000 daily riders.

One feature that all riders can agree on: the new cars aren’t expected to raise the cost of rides.

Weinstein says that funding for the new fleet, about $3 billion, is coming mostly from federal grants and from increases in rider fares that have already occurred.

Riders also have from now until May 9 to give their two cents on the final design of the cars.

The model will be on display in nine other locations, and the public is urged to weigh in at one of those viewings. The schedule can be found at bart.gov/cars.