As An SF Internet Tycoon Admits To Domestic Violence, A Battle Continues On His Wikipedia Page 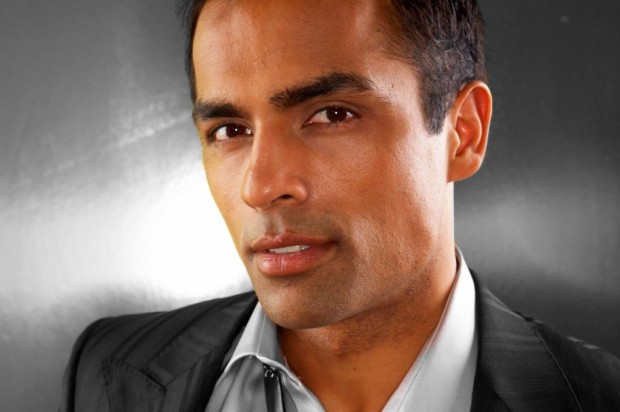 As news broke yesterday that Internet tycoon Gurbaksh Chahal admitted to domestic violence in San Francisco court, the Appeal discovered a substantial and concerted effort to remove all mention of Chahal’s legal wrangles from his Wikipedia page.

The plea agreement, which at the time of publication has not yet been entered into the online encyclopedia, includes three years of probation, domestic violence counseling, and community service. Chahal (that’s him in the photo above, in an image from his Twitter profile) has also agreed to give up the majority of his second and fourth amendment rights while on probation.

Chahal’s Wikipedia entry, ranked favorably by top tier search engines, has for years been the subject of debate within the online encyclopedia’s community.

With complaints ranging from the well-known phenomenon of paid PR editing, to questions of the article’s legitimacy in the encyclopedia altogether, the recent effort to annihilate mention of Chahal’s crimes included anonymous Wikipedia editors with San Francisco based IP addresses, and an account that was reportedly operated by Eileen Koch and Company, an LA based public relations firm.

The account “Ekcpr” — a short form the PR company now uses in its branding — has been editing Chahal’s page since 2007, but most recently began to delete all text referencing crimes Chahal had been accused of. The only edits the Ekcpr account has made on Wikipedia are to Chahal’s page.

On the Ekcpr account’s “talk” page, an anonymous representative of Eileen Koch and Company confirmed that the account was controlled by the company in 2007, in an unrelated discussion about a copyrighted image of Chahal.

Reached by telephone this week, EKCPR’s founder Eileen Koch denied that Koch or her employees had made any edits to Chahal’s entry recently. Koch said that it was “possible” the firm had done some work on it when Chahal was a client between September 2007 and March 2008, but said that she couldn’t remember specifics.

Sam Singer of Singer and Associates, who is currently employed by Chahal as a spokesman, also denied editing the encyclopedia entry. “We don’t do that,” Singer told the Appeal.

Edit wars over controversial topics and biographies of living people have been an ongoing concern for the web based encyclopedia since its inception.

“Edit wars historically can be pretty problematic, especially in the early days,” Wikipedia spokesman Jay Walsh told the Appeal. However, Walsh said that the problem has declined significantly in recent years and that Wikipedia will rarely intervene — exceptions exist in complex legal situations, or when a person’s safety has been threatened, Walsh said by way of example.

Conflict of interest editing — such as in cases where PR companies manage entries — has been the subject of discussion for some time within the Wikipedia organization, and Walsh says that Wikipedia tries to take a “more critical approach” these days.

The hands-off approach indeed has its drawbacks. CNET uncovered a paid editing PR scandal that resulted in a high-profile resignation at Wikipedia’s foundation in 2012. Subsequent discoveries included that oil companies BP and Chevron were manipulating pages with little oversight — despite Chevron’s efforts to attract attention to their editing activity and to have it reviewed.

“… Wikipedia editing is a free-for-all of people arguing each other down, bending the rules to fit their agendas, and institutional rot,” Violet Blue, the CNET reporter who originally broke the Wikipedia scandal, told the Appeal, “Paid PR editing is really common. And it’s big money.”

Blue herself has been threatened by an “entrenched” Wikipedia editor and her entry in the encyclopedia has itself been a edit battleground for “years.”

“They put a ton of false info up about me, kept re-inserting it, removing my accomplishments, and ruling the page for several years,” Blue (who is also an Appeal contributor) said via email. For example, “I’m pretty sure [editors Ben] Burch and [Nina] Alter are still there, because they keep putting their names on my actual page: they’re very proud of stalking and harassing me.”

The DA’s office originally charged Chahal with dozens of domestic violence counts, for allegedly hitting and kicking his girlfriend 117 times, smothering her with a pillow, pulling her hair, and threatening to kill the her. The incident occurred in August, and was captured on video by Chahal’s home surveillance system — evidence that Chahal’s attorneys “vigorously” and successfully argued was unlawfully obtained by the SFPD.

“We disagree with the judge’s suppression of the video,” said DA spokesman Alex Bastian, “The judge’s ruling substantially weakened the evidence we had for prosecution.” While this was not the outcome the DA’s office hoped for, Bastian said this conclusion to the trial included the defendant “acknowledging guilt” and accepting several punitive measures against him.

Update: Just over six hours after the Appeal published this report, the “Eckpr” account — at one time apparently controlled by the PR firm Eileen Koch and Company — removed all mention of the legal battle from Chahal’s page yet again. The Eckpr account, which had been warned to cease “disruptive editing” by two of Wikipedia editors within the last week, was blocked “indefinitely” by administrator ©Geni for “removing sourced content.” Several hours later, another Wikipedia editor “Brycehughes” added an update that surmised the trial, and subsequent conviction. As of publication, there have no further attempts to cover up Chahal’s conviction.

(Disclosure: in the course of reporting, this reporter has made repeated efforts to edit Chahal’s Wikipedia entry.)