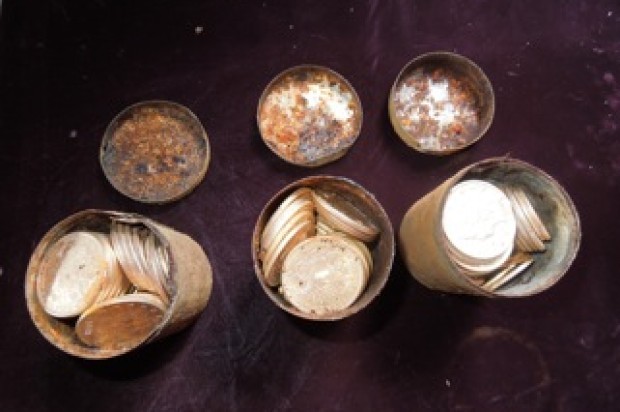 The origin of a treasure trove of gold coins found on private property in Northern California remains a mystery after U.S. Mint officials said today that the coins have no apparent link to thefts at their facilities.

The coins, which have an estimated value of $10 million and date as far back as the mid-1800s, were found last year at an undisclosed location and brought to Tiburon-based Kagin’s, Inc., a firm of rare coin experts.

Following media reports speculating that the coins, dubbed the “Saddle Ridge Hoard,” may have come from a theft at the U.S. Mint building in San Francisco at the turn of the 20th century, officials at the agency issued a response today.

“We do not have any information linking the Saddle Ridge Hoard coins to any thefts at any United States Mint facility,” the agency’s statement said.

The couple that discovered the coins is remaining anonymous. They found the coins in decaying metal canisters on their property while walking their dog, according to officials at Kagin’s.

The coins are believed to be the greatest buried treasure ever discovered in the U.S. The previous largest find was by construction workers in Tennessee who found buried gold valued at about $1 million.

Among the more than 1,400 coins found by the Northern California couple is an 1866 Double Eagle coin valued at about $1 million alone.

Approximately 90 percent of the “Saddle Ridge Hoard” will be made available for purchase through Amazon at a later date, Kagin’s officials said.