Tenant Troubles: Is The Rule Of Seven Really A Thing? 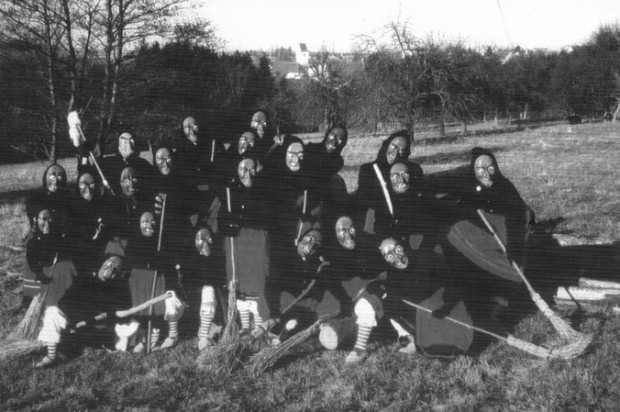 Is there some type of seven-year rule that benefits landlords if they do not raise the rent for seven years and then increase it all at once?

I ask this because when I moved into my flat in 2010 the landlord said that generally he wouldn’t raise the rent unless someone stayed for seven years, at which point he would raise it by about 7%.

Then, about two weeks ago I was out with some friends who live my neighborhood and their landlord had just raised their rent by about 10% after they had been living in their flat for seven years.

Then just last night I ran into a neighbor across the street who told me that she has to move after having lived in her building for seven years because the landlord had raised the rent. We all live in buildings that are covered by rent control.

What is going on?

By 1978 the residential real estate market in San Francisco had changed forever. Gone were the days when an investor bought an apartment building based on a conservative projection of its future income and strictly evaluated the building based on its net operating income. A new breed of rapacious real estate brokers–many of them followers of Werner Erhard’s EST (a quintessential me-generation, greed-is-good psuedoreligion popular in the 70s)–realized that San Francisco real estate could be sold without regard to old, stuffy “market value” considerations, despite climbing interest rates of 11% and 12%.

A new breed of buyers agreed. Doctors and dentists began to invest in large downtown apartment buildings. They didn’t care about cash flow as long as they could write off the substantial debt service. They chanted the mantra “Location, location, location.”

Of course the big vipers, like Angelo Sangiacomo and Gunther Kaussen knew they could have their cake and eat it too. Sangiacomo is known as the Father of Rent Control because he steadfastly refused to cease doubling, tripling and even quadrupling rents for his 1,700 units. Kaussen, described by Der Spiegel as “the world’s biggest slumlord” with 2000 units in the Tenderloin, crushed his tenants with similar practices.

Later that year, rumor grew of a shadow in the East, whispers of a nameless fear, and Rent Control now perceived. Its time had now come–in Berkeley and Davis and Cotati kingdom.

In 1979 the interest rates hit 13% and landlords’ lairs echoed with this refrain: “What news from the South, oh sighing wind, do you bring to me at eve? Where now is Santa Monica? Tenants vote and I grieve.” After Santa Monica voters passed a tough Rent Control Ordinance that included vacancy control in April, 1979, the San Francisco Board of Supervisors rushed to enact the anemic Rent Ordinance we have now.

Landlords were frightened, scared witless. Many of them lacked the ability (or the literacy) to analyze and interpret the new Rent Ordinance. (While I sympathize to a degree, one can often rely on plain meaning to get by.) Some landlords were just too cheap to hire lawyers and their realtor advisors, hampered by the maximum IQ licensing requirement, were no help either.

We all know that ignorance and fear can lead to an unhealthy reliance on superstition.

After a long night of cocaine and disco binging at Henry Africa’s, a group of disgruntled landlords, lamenting the enactment of rent control, careened over to Anton LaVey’s place, where they and assorted Satanic worshipers conducted a voodoo ritual/seance designed to purge the City of all tenants. Upon hung-over reflection the next day, the landlords, realizing that driving tenants from the City might disrupt their income streams, decided instead to use their newfound occult skills to understand the Rent Ordinance and thwart its supporters. 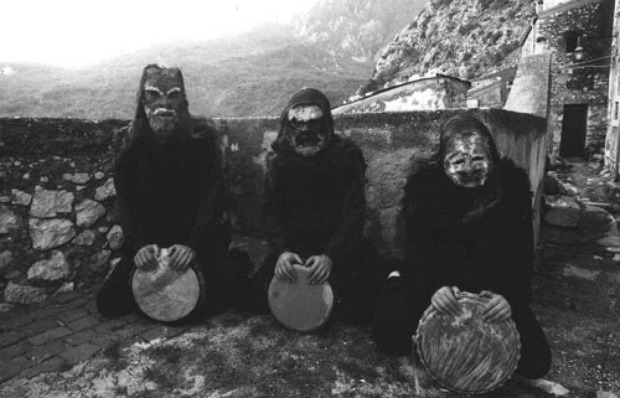 In its heyday in 1980-83, SPOOKS attracted a membership of between 50 and 200 landlords and their supporters. In some circles SPOOKS was more popular than EST. Their monthly meetings at Trader Vic’s were notorious because members never removed their masks and the only nourishment one could take was through a straw.  Evidently the meetings were conducted in hushed whispers punctuated by slurping and demented cackling–truly occult.

Not much is known about the SPOOKS philosophy or the Society’s impact on the landlord community at large. There aren’t many records left and, like EST, no one will admit to former membership in the organization.

But you have stumbled upon a persistent SPOOKS holdover from the past–The Rule of Seven.

We will never know whether The Rule of Seven was devised as a tenant intimidation technique or it was an occult interpretation (misunderstanding) of the method of banking rent increases. Landlords were not allowed to bank, that is save up increases to impose them all at once, until 1982.  From 1982 to 1984, the annual allowable increase that could be imposed was 7% (hear the theremin in the background?) per year. Rent Ordinance §37.3(a)(2) now provides:

After 1984 a “seven-year wait and bank” strategy may have been effective because a landlord could increase the rent by 28%. But think about it, the strategy would assume a tenant would live in a unit for seven years, an assumption that is not corroborated by statistics. If the initial rent was $1,000.00 in 1984, the landlord would also lose $10,779.40 in accumulated income over seven years.

These days, the rent increases are formulated based on 60% of the annual local Consumer Price Index. Let’s say you moved into your unit in 2007 and the landlord never increased the rent. Now, he could only bank an increase total of 9.6%. Again, the landlord loses the accumulated income along the way.

Therefore, waiting seven years to increase the rent is a strategy of “Cut your nose off to spite your face.” It’s a stupid, vindictive and financially unsound practice that could only be justified by ignorant superstition, evidence that some landlords have SPOOKS in their brains.

Try to identify your landlord in the photos. Then read more about the history of San Francisco rent control in 1980-1991: Rent Control Wars, by Randy Shaw, and from the landlords’ perspective, The Birth of Rent Control in San Francisco, by Jim Forbes & Matthew C. Sheridan.