SFPD Finds Owners Of SUV That Struck And Killed Woman, But No Arrests Have Been Made 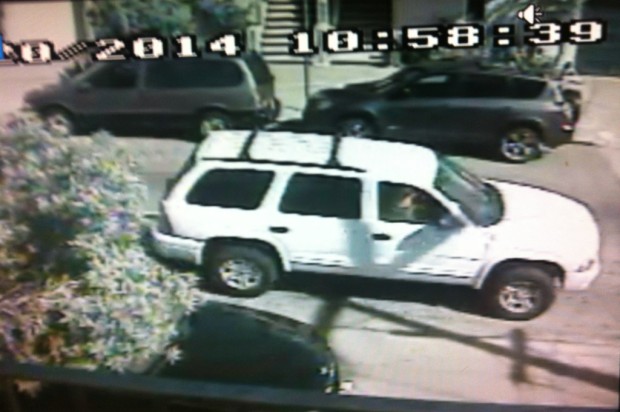 An SUV involved in a hit-and run incident that killed an elderly woman in San Francisco’s Visitacion Valley neighborhood Thursday morning has been found, a police spokesman said today.

The white Dodge Durango with a black ski rack was found Monday near where the incident had happened around 11:15 a.m. Thursday at Bayshore Boulevard and Visitacion Avenue, San Francisco police Officer Albie Esparza said.

Police have been in contact with the registered owners who live in the Sunnydale public housing area and it has been determined the car was not stolen.

Esparza said no arrests have been made following the discovery of the vehicle.

Oi Yeung, an 82-year-old San Francisco resident, was killed in the incident.

She had been walking across Bayshore Boulevard on a green light, when the Durango, driven by a male suspect, turned left from Visitacion Avenue and struck her.

The driver kept heading north on Bayshore Boulevard after hitting her and then turned around on Leland Avenue, one block away.

It appeared the driver was going back to the scene, but he continued driving south on Bayshore Boulevard, according to police.

Esparza said the only description of the suspect is a male, either black with light skin or Hispanic, with short curly hair.