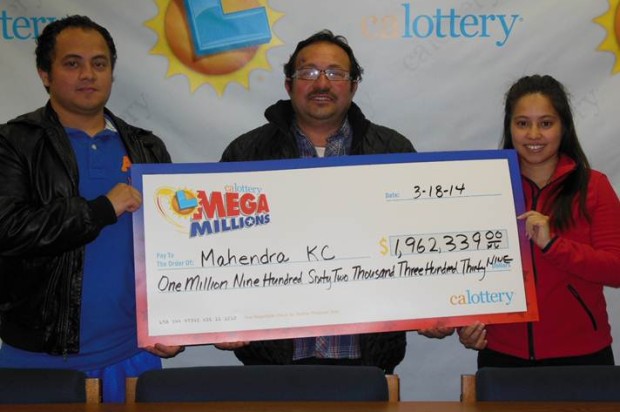 One additional number would have allow KC to split the full jackpot with two other winners in Florida and Maryland, officials said.

KC’s son Niranjan told lottery officials that his family planned to use the winnings to try to get organ transplants for their grandparents and treat his father’s chronic heart problems, as well as to pay off school loans.

“It’s just a life-changing situation here,” said KC’s daughter Chandani, who helped translate for him. “Now whatever dreams we had all together as a family, they’re going to be true.”