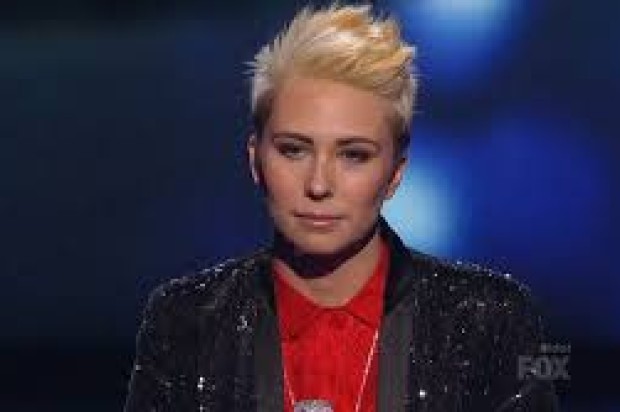 San Francisco native MK Nobilette has made it to the top 10 on the 13th season of the singing competition show, “American Idol,” and her fans, family and friends will be cheering her on at watch parties in the city tonight.

Mindy Spatt, one of Nobilette’s mothers, is hosting a watch party at 8 p.m. at Cava at 3239 22nd Street because Nobilette’s “fanbase has grown out of my apartment,” she said by phone this afternoon.

Nobilette is making history on the show as the first openly gay contestant during the competition and Spatt said the San Francisco community is supporting their burgeoning hometown star.

“It’s fantastic the way our community has rallied behind her,” Spatt said.

As a mother, Spatt said she was nervous this afternoon and hopes her daughter makes it to the next round of the finals.
“I personally can’t imagine getting up there and singing in front of all those people,” she said.

Spatt was able to attend two screenings of the show and said she was caught sobbing as she became emotional on national television. Nobilette, on the other hand, has taken the attention and media spotlight in her stride, according to her mother.

“She really likes being able to spend her time working on her music.”

Nobilette, 20, grew up in San Francisco’s Glen Park neighborhood and was in the vocal program at the city’s School of the Arts high school, according to her mother.

She auditioned for the show at the urging of her aunt when it came to San Francisco last summer.

On her American Idol webpage, Nobilette said, “I think my voice is unique to this competition because I have a lower set voice and it’s sort of raspy and soulful.”

She sang a cover of “Make You Feel My Love,” originally by Bob Dylan, to clinch a spot as a finalist.

As part of the top 10, she has secured a spot on the American Idols LIVE! Tour 2014, a summer concert tour throughout North America.

“It’s a huge deal,” Spatt said, noting that the exposure Nobilette has received through the show is invaluable.

Another watch party organized by Nobilette’s friends is being held tonight at the Lexington Club on 19th Street in the Mission District.

Her longtime friend and fellow San Francisco resident Julie Indelicato has been putting together the weekly viewing parties for the past month and each week more and more people are filling the bar.

“She has no idea how popular she is,” Indelicato said.

While watching her friend perform each week, Indelicato said it is “the same feeling as watching your favorite sports team.”

Indelicato has been able to check in with her friend by phone as she goes through the competition and said as of this morning Nobilette is feeling “fortunate and humble” to have made it this far.

“This is just the tip of the iceberg for her,” Indelicato said.

“She has a very specific kind of voice. “

Indelicato said she was initially worried about how her friend would handle any negative feedback, but she said Nobilette doesn’t let the stress get to her and knows she can send a positive message to other LGBT youth through her music.

Her friends and family are urging supporters to vote for Nobilette by texting, calling or going online or onto any smartphone tonight. The show uses viewers’ votes to decide who continues onto the next round.

“American Idol” airs tonight on Fox. The results will be revealed Thursday.